I believe we are at the beginning of a new golden era for documentary filmmaking. On the whole, documentaries do so much more than just tell entertaining stories. They’ve become a vital form of communication, and catalysts for a necessary social dialogue. The tools of the trade have become readily available, and many alternate paths to distribution have opened up beyond traditional avenues. It’s a form of filmmaking that has become highly democratized—a victory for film, free speech, social awareness and (hopefully) positive social change.

But making a documentary is not without its challenges. Docs are strange beasts and documentarians are a breed unto their own, crafting stories that straddle the line between entertainment and journalism. Where that line is drawn can be complicated and brings into question whether viewers are being informed or manipulated. 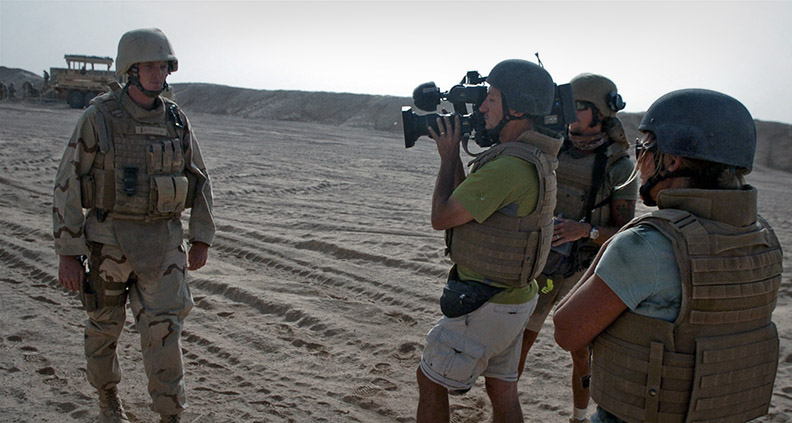 As we watch the maelstrom that is this year’s Presidential election, we face an endless barrage of information, ideology and propaganda from across the political spectrum, all of which seeks to inform and persuade people on what think and how to vote. So I think this is the perfect time to talk about “Political Documentaries.”

What is a political documentary? I’m so glad you asked. I think this is a pretty fair definition for our needs: nonfiction films that attempt to explore, investigate and/or strive to make sense the actions of people or events which have lasting effects on the masses and are connected to political power structures.

Below are five political documentaries that I love. I took a quick look at each to see what makes them so great, and if they deliver the goods. Do they entertain? Do they help us see a more complete picture of our world? Have they made any impact? Let’s find out: 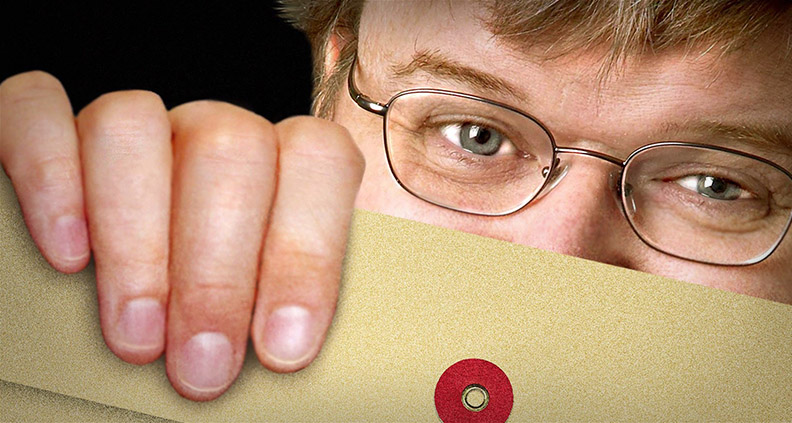 Analysis: Definitely leans more towards the “entertainment” end of the spectrum (Moore’s preferred style of filmmaking), which is not to say that Moore doesn’t raise interesting questions as he examines the somewhat shocking facts around the connections and possible causes of the attacks on 9/11. Moore also calls into question the abilities and propriety of the Bush administration to manage during an unprecedented period in American history.

Impact? At the time, a critical and financial hit. But if part of the film’s goal was to make George W. a one-term president, it did not achieve total success. Side note: I invite you to watch this film now with the benefit of hindsight and with the very real possibility of a Donald Trump administration on the horizon. 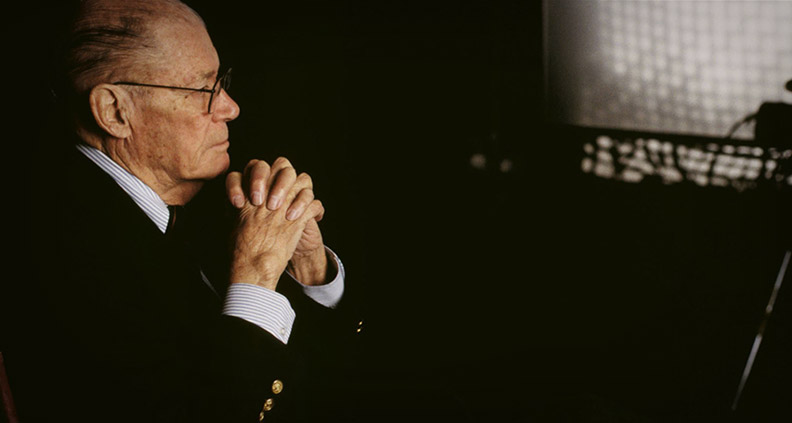 Analysis: Built around interview footage of former Secretary of Defense Robert McNamara, director Morris takes a closer look at the politics of war. One difficulty of the film is that it’s from a single source/perspective, albeit a particularly qualified one. On the other hand, McNamara is an extraordinary (if controversial) American, and Morris captures him well in an intimate, open and honest interview.

Impact? The film was a critical success, including winning an Academy Award and Film Independent Spirit Award for best documentary feature. Presumably, the worldwide attention the film gained through its awards run greatly expanded people’s awareness and understanding of the Vietnam War, as well as the Defense Department in general. 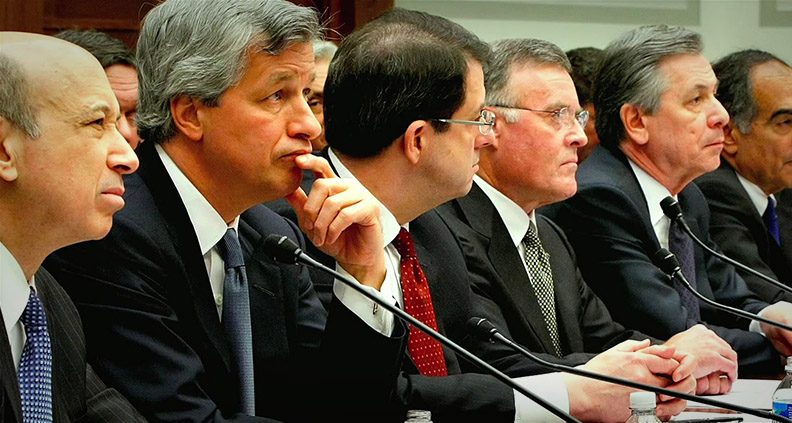 Analysis: Like me, I’m sure many of you watched the movie The Big Short. And like me, I’m guessing that many of you thought/hoped that the film would explain just what the hell caused the great economic meltdown of 2008. Short was a good film (the acting was some of the best work I’ve seen from Steve Carell and Christian Bale, just to name a few). That said I did not walk out of the film with a much greater understanding of the who, what and whys that lead us to this economic disaster. Inside Job, on the other hand, not only walked me through what led to the crash, but also effectively introduced me to the people who saw it coming and/or enabled the perilous path followed by the banks and Wall Street with no regard for the price that would ultimately be paid by the American people (and, in fact, individuals and governments worldwide).

Impact: If the aim of the filmmakers was to inform people of what happened and how little has changed since—Success! If the hope was to initiate public discussion, to cause political pressures and thus changes in government regulation and oversight… well, maybe next time. 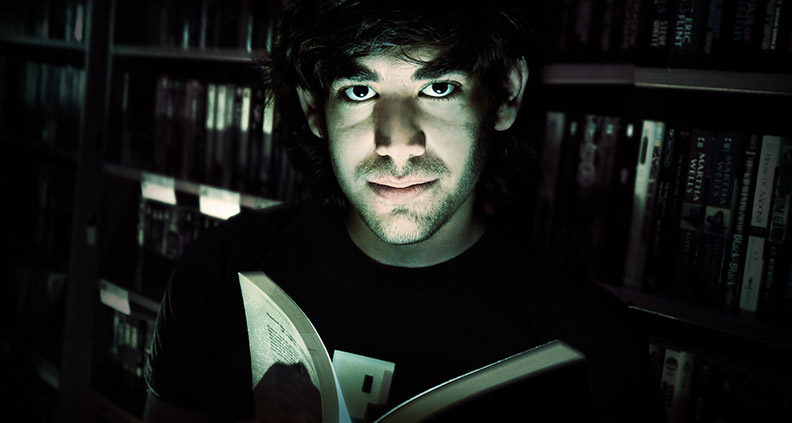 The Internet’s Own Boy: The Story of Aaron Swartz (2014, dir. Brian Knappenberger)

Analysis: Here, the family of Aaron Swartz and Knappenberger invite us into the life of the computer programming prodigy and social justice activist, detailing his fight for the freedom of public information. What unfolds in this film is a David-and-Goliath story that raises important questions about the data, technology, knowledge and whether our laws and our government’s enforcement of these laws is just and proportional. Knappenberger spends a good portion of the movie letting us get to know Aaron, which later helps viewers to step into the young man’s shoes and maybe ask themselves just how far they would go to fight for justice, questioning whether unjust laws are to be obeyed (while attempting to amend them legally) or transgressed upon.

Impact: On January 11, 2017 it will have been four years since Aaron’s death. Aaron is gone, but he is far from forgotten. Back in 2013 a bill was introduced into congress that would reform the anti-hacking law that was used against Aaron. After languishing in Congress with no action taken, the bill was reintroduced in 2015 by Reps. Zoe Lofgren (D-CA), Jim Sensenbrenner (R-WI) and Sen. Ron Wyden (D-OR). As of now there is no word on whether or when the bill will go to a vote. And as public debate continues about this issue as well as a wider variety of laws governing digital spaces, the fact remains that overall our elected government officials lack a basic understanding of computer technology and the internet, creating an atmosphere of confusion and misunderstanding which if not addressed could lead to policy that is in direct contradiction to what the public wants. If there was ever a political issue to spur Millennials into taking part in our democracy, one would think that electing representatives better equipped to effectively govern over the internet should be that issue. 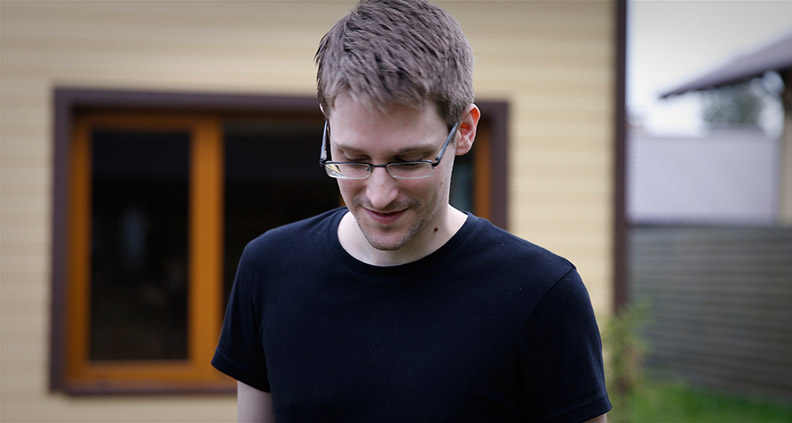 Analysis: Before June 5, 2013 the name Edward Snowden would have meant nothing to almost everyone. However, after The Guardian published the first of a series of articles by Glenn Greenwald about the unimaginable scale of domestic surveillance operating under the Obama administration, Snowden would become the most famous (or infamous) whistleblower in modern history. With the release of Citizenfour, the carefully curated and controlled story about Snowden that was presented to the country through the media was completely shattered. For me, the most interesting moment in this film is the first time you see Edward speaking with Poitras and Greenwald. Within minutes you understand why he acted as he did, and all preconceived notions about the man—which were largely constructed by the media—become completely discredited.

Impact: The filmmaker and the journalists involved in bringing Snowden’s story to light did so seemingly with the utmost journalistic integrity, and conceivably at great risk to their own safety and freedoms. And although Citizenfour has received recognition in so many ways, we didn’t see an overwhelming worldwide outcry that forced the U.S. government to dismantle their surveillance programs. There have been countless follow up articles and television news coverage since Snowden went public with his story, but we have not seen a sustained public debate about these practices by the NSA and other government agencies around the globe. And Snowden, while he remains a resident in Moscow, continues to speak out about issues addressed in Poitras’ documentary, via his Twitter @Snowden and other online social sights. About a year ago in a Reddit AMA Snowden wrote the following: “The idea here isn’t to fling ourselves into anarchy and do away with government, but to remind the government that there must always be a balance of power between the governing and the governed…” 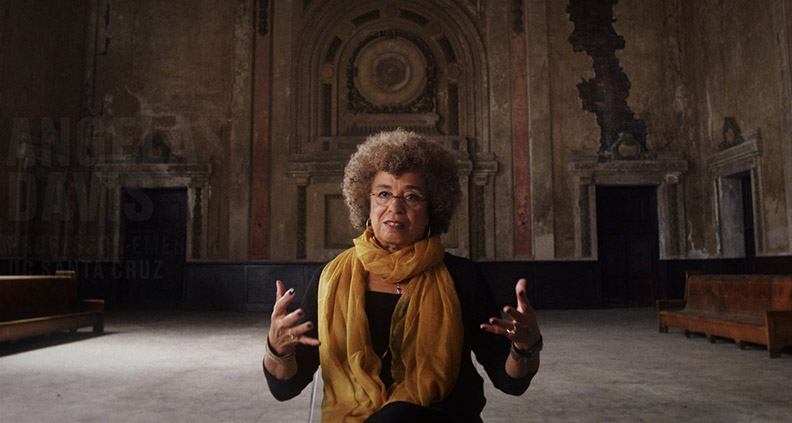 Analysis: 13th is a powerful and groundbreaking documentary by director Ava DuVernay. The film examines the 150 years following the passage of the 13th amendment to the U.S. Constitution. Quick history lesson—the 13th Amendment states the following: Neither slavery nor involuntary servitude, except as a punishment for crime whereof the party shall have been duly convicted, shall exist within the United States, or any place subject to their jurisdiction. Simply put, the 13th Amendment ends slavery in the United States of America—but in truth it was far from over. Probably for the first time a filmmaker has framed a conversation about post-slavery America. DuVernay’s emotionally charged documentary takes a hard look at how political and economic forces worked to create a criminal justice system bent on the continued exploitation and subjugation African Americans. Two things struck me the most. First, that there are more African Americans in prison today than the total number the slaves back in the 1850s. And second, the slideshow of positive images of African Americans, which I found to be a profound statement against the portrayal of Black Americans forced upon us by the mainstream media.

Impact: I don’t think we yet can see what impact this film is going to make, but people are certainly talking about it. My hope is that this film will prove to be a crucial piece in the puzzle, allowing Americans to seriously examine how we can alter our present path. To really ask for meaningful change in a justice system that with or without malice is rife with startling inequities.

These are just a handful of important political documentaries, which can serve as excellent tools for education as well as promoting a continuing a dialogue. And that’s the key thing—a continuing dialogue. Our country was in part founded on the ideals of public debate. I hope that at the core of who we are as a nation lays a commitment to truth, and a willingness to resolve disagreements through empathy and compromise.

Questlove Brings ‘Summer of Soul’ to Light and Gets Us Back...