If you’re unfamiliar with the Teenage Mutant Ninja Turtles franchise by now, chances are you’ve been living under a rock or have somehow missed the last 30 years of pop culture. Since the late 1980s, these buff, green, ass-kicking turtles have become a media staple, inhabiting all entertainment worlds—from comic books, to kids’ shows, to big budget blockbusters. However, many would argue that the ultimate representation of these mutant vigilantes is their titular 1990 big screen debut, Teenage Mutant Ninja Turtles, directed by Steve Barron. 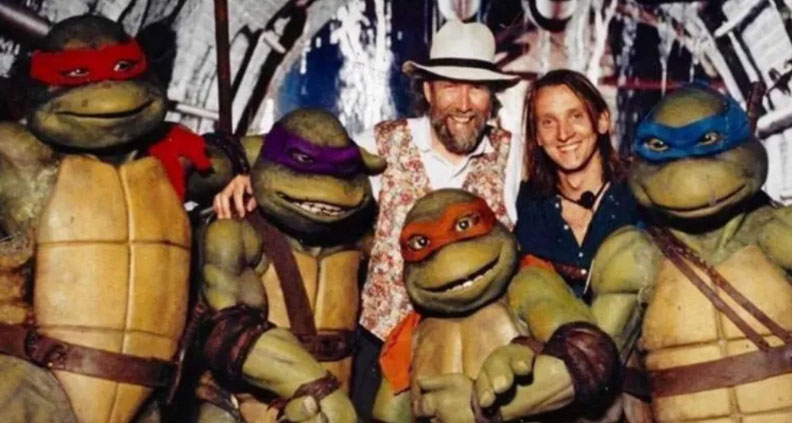 Teenage Mutant Ninja Turtles is, now, arguably one of cinema’s most famous comic adaptations—and definitely its most famous turtle superhero team. From the cartoon TV series, the multitude of toys and now a franchise reboot courtesy of producer Michael Bay, it likely wouldn’t occur to anyone that the original hit film was an independent production.

First off, the legendary Jim Henson created the turtle costumes in his London Creature Shop, stating at the time that they were the most advanced costumes he’d ever worked on until that point. Since the original TMNT was made without CGI, the turtle costumes are wildly impressive. On top (or inside) of that, consider the incredible skill of the martial artists wearing these costumes. The actors underwent immense training with a sensei for many months to master the movements and weapons used. Plus, each turtle had “face operators” who watched what the actors did in person and carefully planned how to replicate those actions with animatronic turtle heads. This kind of careful honing of skills, attention to detail and mechanical expertise is, unfortunately, not something many indie genre films—then or now—have the luxury of perfecting.

But not only was the film technically advanced, it was an absolute smash hit. The movie opened at $25 million, which broke the existing record for a non-holiday release. It ultimately grossed $135 million, making it the highest grossing independent film ever until The Blair Witch Project unseated it nine years later. Followed by two sequels, TMNT became a truly iconic film, propelling the Turtles brand to years of continued success. 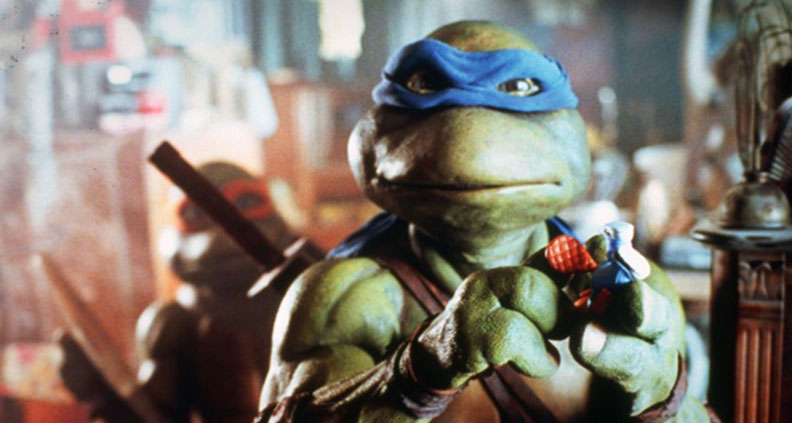 Presumably the thought present in almost everyone’s mind when watching the Teenage Mutant Ninja Turtles 1990 was, “who thinks of this stuff?” The wildly creative—albeit bizarre and quirky—world of the turtles was not an easy sell. Making a movie of this nature was a big risk. Although the 1987 cartoon series did come out three years prior, the film was actually supposed to come first. However it’s darker tone and overall strangeness resulted in no U.S. studio wanting to foot the bill. Even Jim Henson didn’t actually want to be involved because of its violence that was featured, and had to be convinced it’d be done in such a way as to not damage his legacy.

But the odds weren’t against this film due solely to its unique tone. Howard the Duck had just came out and magnificently flopped, which solidified the feeling that a comic book could not be successfully done in live action (funny how the industry changes).

Then, of course, the almighty indie obstacle: budget. It wasn’t until producer Gary Propper, (whose idea it was to make the film) realized that the film could be made affordably in Hong Kong that things finally moved forward. Propper reached out to the owner of Golden Harvest, the film’s eventual backer, who green-lit the film for a measly $3 million. That budget quickly started to double and as the start date approached, no studio was willing to distribute the film—which Golden Harvest had no chance of doing without outside assistance. Even just over one week before shooting, TMNT didn’t have the necessary funds, and was on the brink of being shut down at any second. After a desperate call to New Line Cinema, New Line agreed to subsidize the film’s budget for a lot less than its makers realistically needed. However, it was enough life support to keep the production afloat.

Despite the genius of the costumes and actors inside, much of the film was ultimately shot in North Carolina in the middle of July, with horrendous heat. The actors had to deal with immense claustrophobia and each lost several pounds due to the sweltering suits. Like any good indie, there was quite a bit of suffering in the name of art… or in this case, in the name of surfer sounding ninja turtles with an affinity for pizza.

There are a million reasons why Teenage Mutant Ninja Turtles should not have worked. No money, challenging conditions, attempts at vast technological advances and, most importantly, a completely strange, comically dark premise featuring the most unlikely heroes to date. But it did work. It really, really worked. TMNT proves that uniqueness of vision pays off. And can pay big.