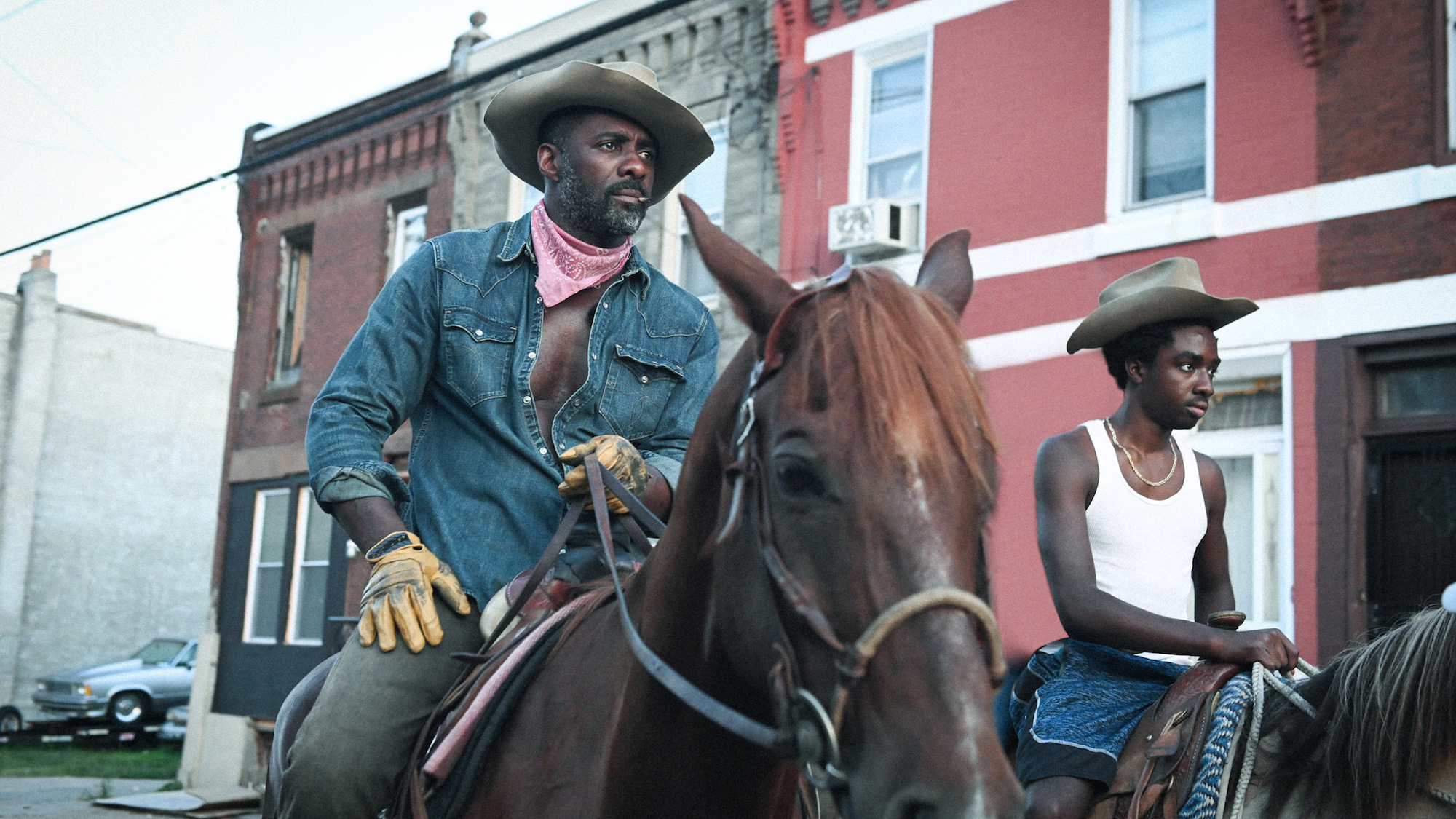 When fifteen-year old Cole (Caleb McLaughlin) is expelled from school in Detroit, he is sent to North Philadelphia to live with Harp (Idris Elba), his estranged father. Harp finds solace in rehabilitating horses for inner city cowboys at the Fletcher Street Stables, a real-life black urban horsemanship community that has provided a safe haven for the neighborhood residents for more than 100 years. Torn between his growing respect for his father’s community and his reemerging friendship with troubled cousin Smush (Jharrel Jerome), Cole begins to reprioritize his life as the stables themselves are threatened by encroaching gentrification.

Concrete Cowboy will premiere on Netflix on April 2.