Have you ever had to, y’know, write something? Ugh—it’s the worst! Just sitting there, your eyes slowly being irradiated by the punishing white abyss of the blank page; the metronome of the steadily blinking cursor quietly mocking your own imperfect human heartbeat, rushing ahead now into frenzied palpitations as you struggle for Word One; cursing over and over again the pathetic machinery of the human body—these weak arms, these reedy fingers—and its utter unsuitability as a tool for transmitting thought into anything approaching a lucid pattern of letters and punctuation? Point is: writing is, like… really, really hard.

But! A good screenwriter makes it look easy. Sure, it’s easy for any hack blogger to impress the dum-dums by piling up the semi-colons and histrionic prose. But laying out a simple, clean narrative in such a way that it forms a perfect blueprint for assembling a compelling sequence of moving images? It’s a special skill that must be carefully nurtured through practice, mentorship and experimentation. And with the 2021 Film Independent Screenwriting Lab we hope to provide the resources our six new Fellows need to attack that blank white page.

“While most of the world was homebound due to the pandemic, the creativity of artists flourished as showcased by the overwhelming amount of incredibly talented writers that submitted to this year’s program,” said Angela C. Lee, Associate Director of Artist Development. “The six selected filmmakers exemplify our continued commitment to pushing the boundaries of storytelling through authentic characters, diverse settings and wholly original perspectives.”

Says recent alum Kate Marks (2020): The Film Independent Screenwriting Lab was a gamechanger for me. “I received amazing notes from the industry advisors, my mentor, and other screenwriting fellows so when I buckled down for my revision, I had a deeper understanding of my script and also how to pitch it,” adding that insights gained from the Lab guided her rewrite of The Cow of Queens, which recently won an Academy Nicholl Fellowship.

This year’s Screenwriting Lab projects include:

Now, let’s power down the Marshall stack, rinse our paintbrushes, close those NSFW tabs, finish off the last bit of the Impossible Burger, turn off our comments and put the polls aside, as we learn a little bit more about this year’s Fellows… 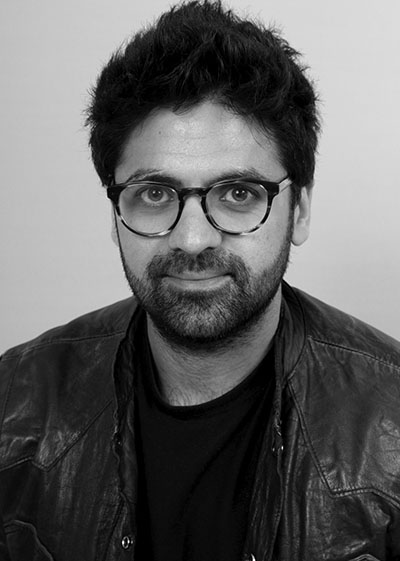 As a writer / director, Iesh Thapar (UK) has earned several awards for his work. He is a Film Independent Project Involve fellow and has been supported by The BFI Network, The Sundance Institute, Tribeca and the Sloan Foundation. His short film Alien Culture, was nominated best UK short at Raindance and screened at the BFI London Film Festival, Palm Springs and Aspen Shortsfest, to name a few. He is a graduate of the MFA Film program at Columbia University, and is currently developing his first feature Alien Kulture, mini-series The Marble Orchard and TV show We That Are Young with Gaumont. 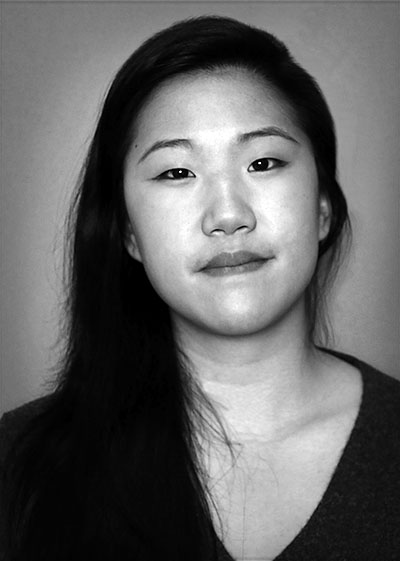 Raised between Malaysia and Miami, Jing Ai Ng is a writer and director currently based in Los Angeles. Her most recent work, Fleck, was shortlisted in the best short film category at the 2020 Cannes Lion Young Director Awards and was featured in SHOOT Magazine’s New Directors Showcase. In 2019, she was awarded the Student Film Award by the Directors Guild of America. She graduated from the American Film Institute Conservatory as its first Malaysian directing fellow and is a Telluride Film Festival Symposium alumni. She brings her global perspective to telling stories about crime, corruption and friendship. 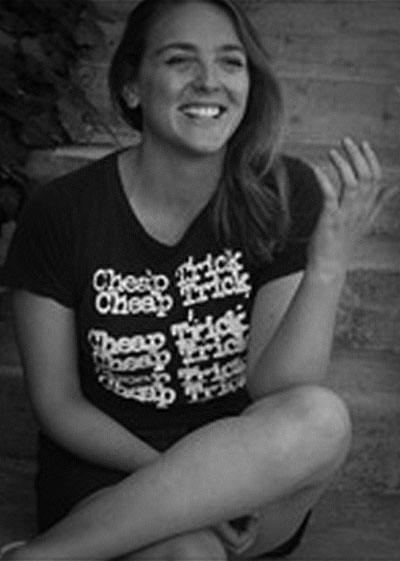 Anna Greenfield grew up writing plays on legal pads about her American Girl dolls in Carmel, California. Later, she made real friends and wrote about them in her first adult play, All Girls. She wrote and produced four short films, Games for Girls, New Adult, Stepdaddy (2019 SXSW selection) and Sundowners (2019 Sundance Film Festival selection), all directed by Lisa Steen. Anna is currently a writer and producer for Haunt the Johnsons, a scripted comedy audio series for Audible. Graduated 2008 from the Experimental Theater Wing at NYU’s Tisch School of the Arts. 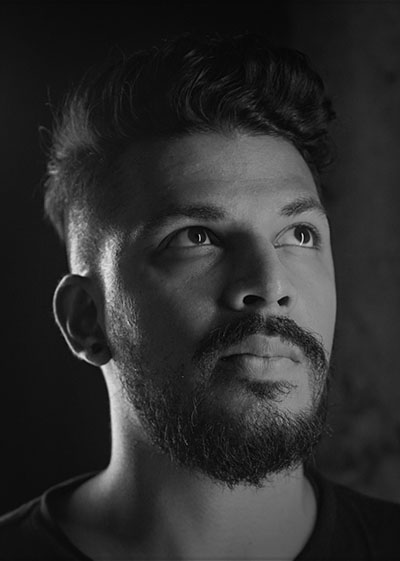 Varun Chopra is an India / US based writer-director and a Sundance Institute Ignite Fellow. His work has been supported by Visual Communication’s AWC fellowship and Film Independent+LMU Incubator Lab. Varun is an LMU SFTV alumnus and recipient of the Dean’s Scholarship. His short film Abandon was picked up by PBS for a nationwide broadcast. His subsequent short Wreck It Raj was supported by AMPAS and was picked up by Comcast. Varun has created content for brands like Asus, Condé Nast, National Geographic, Fox Life and currently finishing a new film for Participant Media. He is represented at The Cornershop for commercial work. 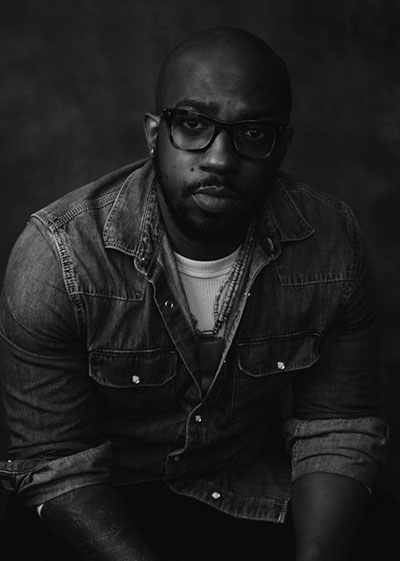 Alfonso Johnson (Queens, NY) won top honors at the 2018 American Black Film Festival, winning the HBO award for Best Short Film for Moths and Butterflies. Alfonso has written content for BET+, WarnerMedia and Viacom. Alfonso is an alumni of the 2020 HBO Directors Access Program. He’s currently in post-production for his latest short film, Something in the Trees, that examines the life and nefarious circumstances surrounding the death of Dominique Alexander, produced by WarnerMedia150 and Alfonso’s production company, 919 FilmWorks. 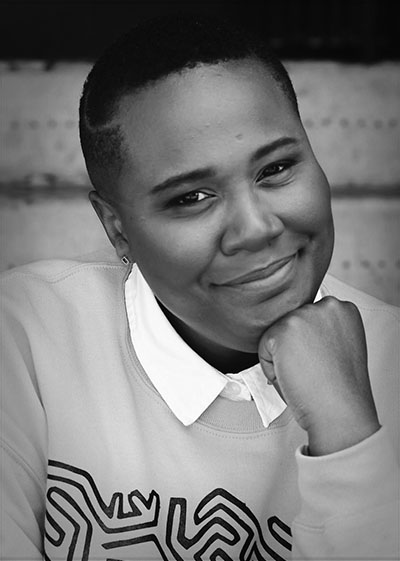 Rochée Jeffrey is a Jamaican writer / director / performer. Her writing credits include SMILF (Showtime), Woke (Hulu), Bigger (BET+) and Santa Inc. (HBO Max). She also wrote the award-winning short film Suitable as a 2017 Project Involve Fellow. The film premiered on HBO in 2019. Rochée serves as a producer and writer on the feature film Throw it Back and Make it Clap For Trudy Jones starring Tiffany Haddish (produced by Paul Feig/Feigco). She has an adult-animated series executive produced and voiced by Lizzo and a half-hour series set up at FX. She’s represented by UTA and Rain Management Group.

Film Independent is also excited to present the Loyola Marymount University School of Film and Television Screenwriting Fellowship. This year’s Fellowship is being awarded to Varun Chopra, who will receive a $10,000 grant to support the development of his script, Holy Cowboy, through the Screenwriting Lab. Chopra is the ninth recipient of this fellowship from Film Independent and LMU SFTV.

The Film Independent Screenwriting Lab is supported by Loyola Marymount University School of Film and Television, Writers Guild of America West, Final Draft and the National Endowment for the Arts.

9 Fellows and 45 Members Selected for the Toronto International...