It’s hard to believe that 2018 is drawing to a close, but the calendar doesn’t lie: today Thanksgiving—and hopefully you’ve already taken your bird out of the freezer to defrost. Those suckers can take forever.

And while Americans’ gluttonous food obsession is hardly a phenomenon contained to late November, Thanksgiving is for all intents and purposes our national excuse to express a full-throated (and full-stomached) love of cuisine otherwise relegated to its own niche corners of foodie culture. But for this week at least, it’s okay to be hungry.

Of course, food has played as major a role in cinema as any other basic human biological function, from the sprawling bowls of pasta in the works of Martin Scorsese to the last decade’s trend of thoughtfully investigative, health-leaning food docs such as Food Inc. and Forks Over Knives. Today, though, we’re leaving the scare mongering at the kids’ table and indulging in some seriously calorie-dense, celebratory depictions of food on film.

So cinch up that lobster bib and order another round of dinner roles. Here now are five of our favorite food-focused indies submitted for your immediate digestion.

Why We Love It: Arguably the best nonfiction portrayal of a singularly obsessed creative mind since Terry Zwigoff’s Crumb, David Gelb’s hit 2011 doc about the life and work of 80-year-old sushi master Jiro Ono will make your mouth water while also calling into the question the necessity of being quite so dogged in the pursuit of culinary perfection. Operating Tokyo’s famed Sukiyabashi Jiro out of an unassuming subway corridor, Jiro is legendarily obsessed with perfecting the seemingly simple preparation of the dish, even conscripting his own son into a demeaning, decades-long apprenticeship that has taken literal years just to learn how to cook rice properly. Meanwhile, Jiro’s younger son has struck out on his own, much to the old man’s chagrin. Jiro is hard to like, but it’s hard to argue with his results—at least based on the testimonials of those who have actually eaten at Sukiyabashi Jiro, reservations at which must be planned years in advance. Directed by David Gelb 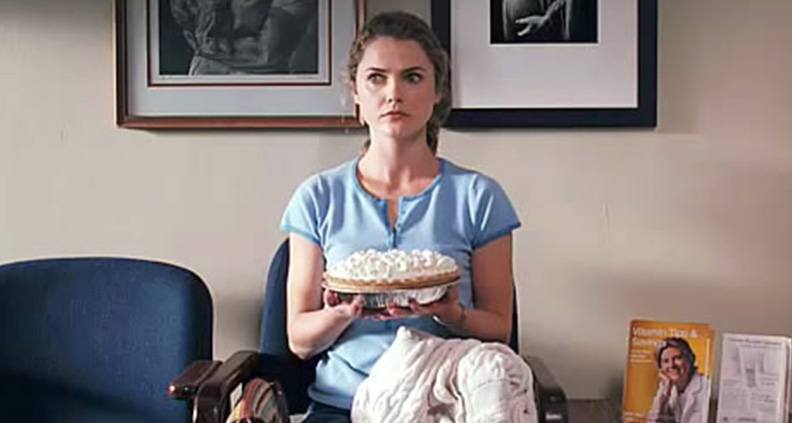 Why We Love It: A lighthearted bit of indie fluff unfortunately colored by writer/director Adrienne Shelly’s tragic murder prior to its release (sorry for bringing the room down), Waitress is the perfect lolling-on-the-couch-in-a-tryptophan-haze entertainment for baked goods enthusiasts. The winning, lightly fantastical dramady tells the story of Southern waitress Jenna (Keri Russell), trapped in an abusive marriage and coping with an unwanted pregnancy while also engaged in a complicated affair with her gynecologist (Nathan Fillion). To escape, Jenna buries herself in her talent for pie making—photographed with a fetishistic love that practically makes you want to lick the screen, type 2 diabetes be damned. Jenna eventually finds an out courtesy of pie making contest in a neighboring town. All this, plus Andy Griffith is in a supporting roll. Shelly also received a posthumous Film Independent Spirit Award nomination for Best Screenplay in 2008. Directed by Adrienne Shelly 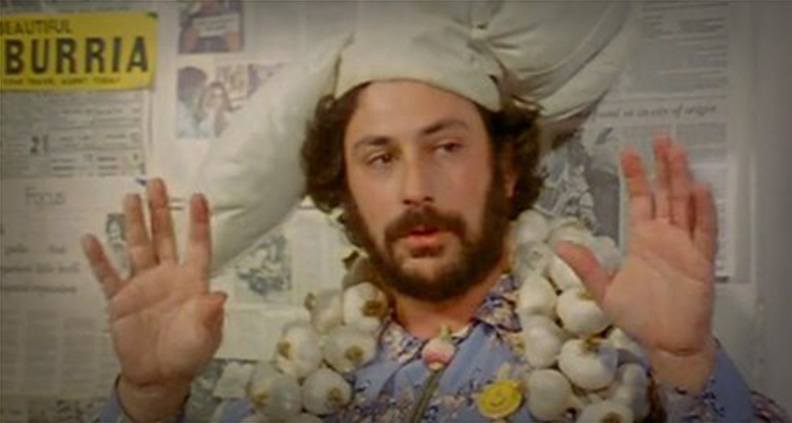 Why We Love It: Clocking at a breezy 50-minutes, Les Blank’s love letter to everyone’s favorite pungent herb/vampire repellant is a humane, well-observed multi-character portrait in the mold of early Errol Morris classics like Vernon, Florida. The film’s subject—other than garlic itself—is the Gilroy Garlic Festival in Northern California, filmed at a time in American history before “the stinking rose” was as omnipresent in national cuisine as it is today (sort of like if a documentary had been made about kale in 2012.) Blank devotes huge chunks of screen time to his quirky ensemble of home chefs, restaurant owners, farmers and foodies evangelizing on the plant’s behalf—“garlic euphoria” as described by one. The rest of the film is equally lively, full of music, dancing and shot after shot of appetizing, garlic-forward dishes. Just be sure to bring a breath mint. Directed by Les Blank 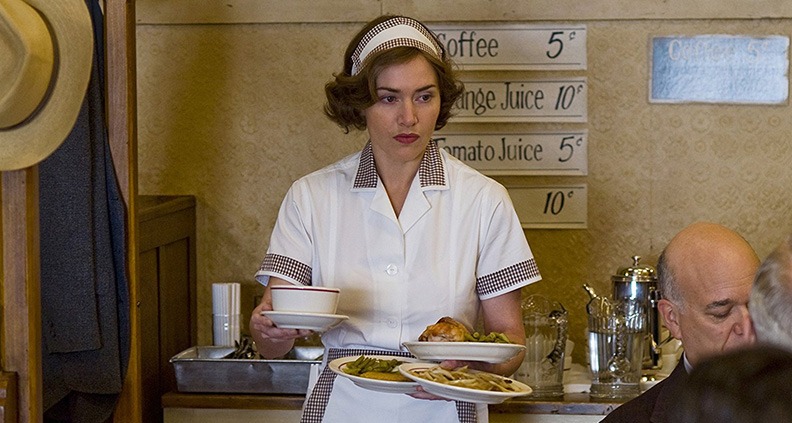 Why We Love It: Two-time Spirit Award winner (and bazillion-time nominee) Todd Haynes’ five-part HBO adaptation of James M. Cain’s 1941 literary classic isn’t exclusively about food, touching on a wide range of social issues—including parenthood, workplace inequality, death, business and marriage. But as in Waitress, cooking acumen provides a way out for our female protagonist from her domestic stagnation. Set in Depression-era Los Angeles, Mildred (Kate Winslet) leverages her waitressing experience and culinary skills to launch a thriving restaurant business and establish an identity for herself apart from her dud husband (Brian F. O’Byrne) and spoiled, narcissistic elder daughter (Evan Rachel Wood). You’ll learn more about operating a success chain of fried chicken restaurants in the 1940s than you ever thought possible. Which, hey, could come in handy. Directed by Todd Haynes 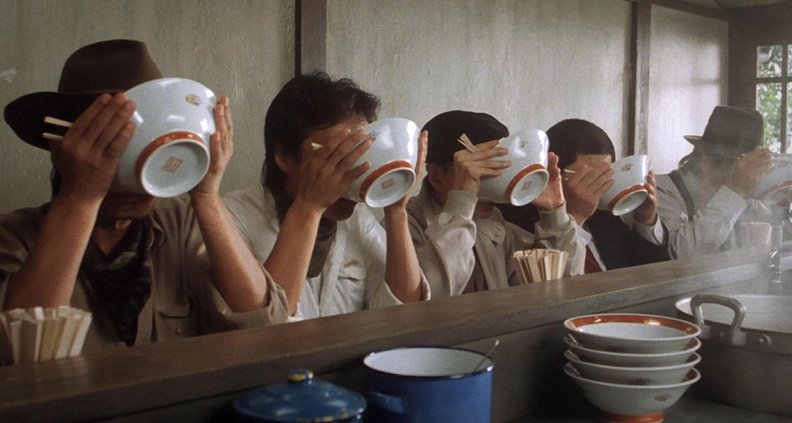 Why We Love It: Tagged as the first “Ramen Western” (instead of Spaghetti Western—get it?) Tampopo is writer/director Juzo Itami’s vibrant exploration of how preparing, eating and even talking about food is a critical, inextricable part of the human experience. Goro (Tsutomu Yamazaki) and Gun (Ken Watanabe) star as a pair of truck drivers waylaid at a flailing noodle shop run by the widowed Tampopo (Nobuko Miyamoto). The food is bad, and the truckers—a pair of culinary ronin—offer to help Gordon Ramsay the joint. What follows is an insightful, process-oriented look into both the art and business of professional cooking, interspersed with several lively subplots each revolving in some way around food. Punctuated with humor and eroticism, the film is a beautiful testament to nourishment in all its definitions. Definitely worth the carbs. Directed by Juzo Itami

(NOTE: this blog originally ran in November of 2017 in a slightly different version)