This week: Political Animals tells the story of one of this century’s biggest Civil Rights struggles—the gay rights movement—through the eyes of four elected women, a group often left out of gay histories… until now. The film follows four groundbreaking lesbians who took the fight for their cause and their communities off the streets and into the halls of government.

Inspiration for the film initially came to co-director Jonah Markowitz during a 2012 meeting with San Francisco politician Carol Migden, whom he’d been introduced to by a mutual friend who thought she might make a good subject for a film. Migden had already authored the first domestic partnership registry passed by a state legislature.

“Within 10 minutes of having lunch with Carol, she told me about [her colleagues] Jackie [Goldberg] and Sheila [Kuehl] and Christine [Kehoe],” Markowitz remembers. He was immediately struck by the fact that not one, but four, women were working simultaneously to legislate for gay rights. Co-director Tracy Wares was similarly intrigued by the cohesiveness of the group—and by the idea that their efforts predated those of many gay male politicians and activists. Because all four subjects were deeply passionate about their work, the filmmakers had little trouble convincing them to tell their stories on camera.

Preliminary phone interviews with each woman helped Markowitz and Wares to get a sense of the shape of their narrative. They appealed to a single donor for roughly $30,000 to shoot in-person interviews with all four subjects, which would serve as a sizzle reel for further fundraising. But it came as a surprise when that single session of filming proved so fruitful that they walked away with most of the footage that would constitute the eventual film.

“The advantage of interviewing politicians is that they give you opening statements and supporting remarks. They rephrase the questions and do all the things you want an interviewee to do,” Markowitz explains.

Working with politicians also had another advantage, as Markowitz and Wares quickly found themselves absorbing the tricks of the fundraising trade. They had little luck with foundations and grants—in part because their use of archival footage set them apart from a popular wave of verite-style docs. But funding from these sources tends to be allocated at a glacial pace, and the filmmakers wanted to move fast.

The directors decided to approach individual, private donors. But rather than soliciting small amounts from many, they aimed high and soon discovered that $25,000 was their “magic number’—the sum they’d uniformly request of high net worth donors, who seemed to respond to the precedent set by funders before them. Wares also points out that, in the years leading up to the historic 2015 decision of the U.S. Supreme Court to legalize gay marriage, they were tapping into the will of a community already galvanized to fight for change.

“We tapped into individuals in the LGBT community [for whom] the cause was close to their heart—as well as people who had donated or been involved in the political campaigns of our subjects,” says Wares. The pair staged fundraising events for fewer than 20 hand-selected potential funders at a time—affluent individuals who regularly contributed to the cause of gay rights—and screened their 30-minute sizzle reel, with great results. Though they ultimately received a few modest foundation grants, that totaled less than five percent of the budget, the vast majority of the film’s budget came from individual donors.

From the time shooting began, production took roughly three and a half years. For Markowitz and Wares, part of the challenge lay in the necessity of taking other film jobs as they were shooting. “We could have done it a lot faster if we had been fully funded from the beginning, but we were in pre-production and production and fundraising all simultaneously,” Wares says.

In preparing for their interviews, the filmmakers were careful to construct questions that would lead their subjects to talk not only about themselves, but about each other, effectively weaving their stories together. Markowitz credits Wares with guiding the process of “scripting” their doc—ensuring that interview sessions were more than fishing expeditions. It also helped that the pair had access to hours of California Channel archival footage of the four women debating on the Senate floor in truly heated moments.

“We were blown away at the way the women were being spoken to on the floor by their fellow legislators,” Wares recalls. “Insulting them directly, making crazy remarks comparing homosexuality to necrophilia—so we realized immediately that that archival [footage] was going to be invaluable to us.”

But there were tough decisions to make about structure, and even about which bills to target in their story—in addition to the necessity of educating an audience about the state legislative process as they went along. Ultimately, though the film examines the struggles of all four women through different pieces of legislation, the filmmakers wisely chose to use a single, high-stakes bill as a throughline, following Sheila Kuehl through a long and complex fight to protect the rights of LGBT youth—and created the same sort of suspenseful narrative one might find in a classic sports movie.

To keep the project moving forward, Markowitz and Wares chose to forego their own salaries in order to retain an editor, Michael Hofacre, throughout the process. Fundraising continued through production, with eight donors contributing between $15,000 and $25,000 each, a handful of additional donors in the $5,000 to $10,000 range, and 30-50 contributing smaller amounts. The San Francisco Film Society acted as fiscal sponsor, which Markowitz believes made the process much easier; in addition to providing umbrella non-profit status that allowed donors to take a tax deduction for their contributions, the organization’s name seemed to legitimize the project.

With 50-60% of their story told through archival footage, the filmmakers had to wade through countless hours to find scenes that included opponents and supporters of the four subjects, and that provided historical context. YouTube proved to be a great resource in this respect, and they wisely recorded the origin of each clip as they found it, which allowed them to license the footage they wanted later. They also had access to a cable access show that Kuehl had hosted in which she’d interviewed the other three subjects over the years. Though they had to pay for some footage, much of what they needed was either in the public domain (as with the California Channel coverage of the Senate floor) or covered under Fair Use.

Perhaps more challenging was the fact that VHS recordings from the 1990s would occasionally go missing; it took a personal phone call from Kuehl to locate tapes of the climactic argument for her AB101 bill—a scene the filmmakers knew they desperately needed in the narrative. The California Channel charged only a nominal fee to produce DVDs of the footage the team requested, but the filmmakers did pay to retain an archival producer, John Glover, who was able to source from significant archives to which they might not have had access. “It was a difficult process in post, to get it to look good,” Markowitz recalls of the time and expense it took to make some of their old and degraded archival footage screen-ready.

Though they considered applying to Sundance, it soon became clear that the film wouldn’t be ready in time. Ultimately, Political Animals premiered at the LA Film Festival in 2016, which the filmmakers now believe benefited the project immensely. “I don’t think there’s anywhere better we could have premiered. Ultimately, being in California, not getting lost at a big festival, for this film it was really beneficial,” Markowitz says, warning other filmmakers not to rush just to make application deadlines.

In preparation for the premiere, the team brought on publicist Matt Johnstone, who was able to capitalize on all the local interest in the story and its subjects. Rather than working with a sales agent, they also took on an additional producer, Chris Panizzon, to focus on traditional and educational distribution.

The response at the LA Film Festival was incredible. The film won both the Audience and the Jury Awards, and the filmmakers received distribution offers immediately.

During the festival, Markowitz and Wares entertained offers for worldwide and theatrical release, but were adamant about maintaining the rights to educational distribution and community screenings. Motivated in part by a mission to keep the film accessible to the public, they also understood that these avenues would eventually provide a revenue stream, and decided to keep the film on the market.

The extraordinary response to the premiere and two subsequent screenings (at Outfest and Frameline, the San Francisco LGBTQ International Film Festival) attracted offers from numerous others, and the film went on to have a robust festival run. Rather than spend additional money applying to festivals, the filmmakers were now in a position to charge a modest screening fee for those invitations they accepted, which helped to cover the cost of shipping prints and screening across the country. They netted between $6,000 and $10,000 from these fees, all of which went back into the film.

The filmmakers sold educational rights soon after the premiere, working with The Video Project to distribute on DVD to schools, and to handle community screenings, and with Kanopy to stream the film to individual students.

In early 2017, they accepted an offer from Gravitas Ventures (undisclosed) for worldwide digital and theatrical rights, with an understanding that there would be no theatrical run. Putting vanity aside, they were certain the strategy would allow the film to reach the widest possible audience, and to connect with those for whom it would be most meaningful.

Markowitz notes that for a project of this nature (one with educational appeal) it can be advantageous to split rights and work through carve-outs and holdbacks in order to have more than one distributor involved. The benefit is that each distributor focuses on its area of specialty, although it takes extra coordination and negotiating by the filmmaker and distribution attorneys.

Gravitas Ventures released the film digitally in June of 2017. Though they certainly didn’t profit personally, the filmmakers will each receive a small percentage of the back end.

The Video Project continues to be actively engaged in extensive community and educational outreach to bring the film to as wide an audience as possible.

“Even if you get feedback from foundations that your film isn’t marketable to wide audiences, if you believe in the subject and you can see how audiences are going to connect to it, just get creative about new solutions for raising funds,” Wares suggests. “There are tons of options.”

“Always look for alternative revenue streams when it comes to documentaries,” Markowitz advises. “Don’t take the first offer you get. There are other ways to make money off a film than just a theatrical release.” 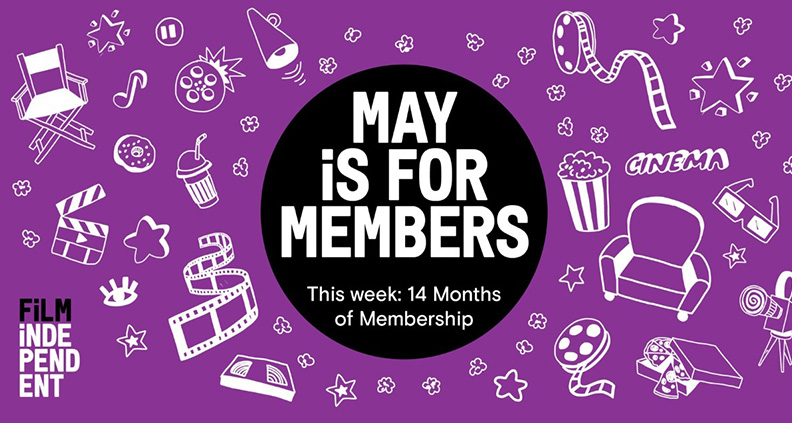 LEGAL EASE: How and When To Protect Your Screenplay

Know Your Crew: A Post-Production Supervisor on the Pitfalls...