Few 20th century criminals have ever captured the imagination quite like Ted Bundy. A handsome (allegedly), intelligent (allegedly) and charismatic (allegedly) serial murderer (absolutely) whose catalogue of sorrows stretch from the Pacific Northwest to Sunny Florida, the Bundy saga has over the years been picked over by countess books, movies, TV specials and documentaries. But few items from the Bundy family of products have ever delved into the man’s psychology quite as starkly or effectively as the SpectreVision shingle’s new feature, No Man of God.

In the film, based on a true story, Producer Elijah Wood stars as legendary FBI Special Agent—and reluctant Bundy confidant—Bill Hagmair. Opposite Wood’s Hagmair on the other side of the interrogation desk is an electric Luke Kirby (The Marvelous Mrs. Maisel’s Lenny Bruce), whose interpretation of Bundy is at once a deeply unfathomable boogeyman and an utterly transparent, pitiful creature.

The film’s director is 2013 Film Independent Fast Track and Directing Lab Fellow Amber Sealey (No Light and No Land Anywhere, How to Cheat), whose prior filmography is seemingly a harsh zig to No Man of God’s zag. Look closer, though, and you’ll see the same threads of self-knowledge, intimacy and communication connecting back to Sealey’s previous non-homicidal work. 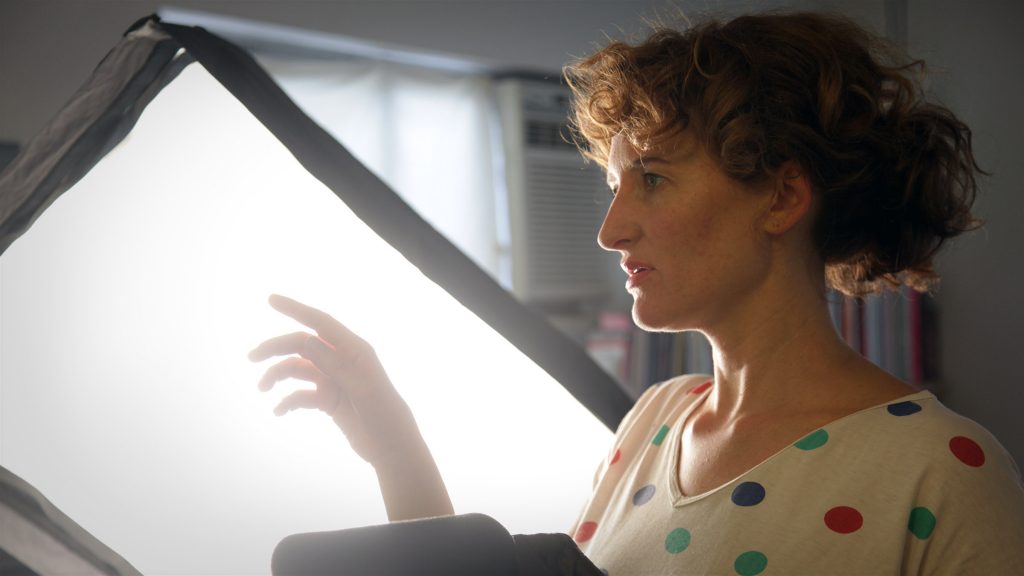 On its face, this seems like perhaps an unlikely project for Amber Sealey to direct, but it certainly has themes of internal and interpersonal relationships that are consistent with your prior work. How did you become involved with this production?

Sealey: Oh, that’s funny. Yeah, I’m not a natural fit for this and I love the fact that SpectreVision wanted to hire me. I was like, “Wow, if they want to hire me, then they’re cool people!” Honestly, it was just the human story—the fact that there’s a very human connection between the two [characters]. How does [Bill] sit so close to evil, how does it affect him? One thing that was very powerful to me when you talk to Bill and ask him, “Did you have any nightmares that made you stay up at night?” His response was: “No, the thing that kept me up at night was if I didn’t have answers for a family whose daughter was missing.”

Are you a true crime person outside this film, it that a genre you have a relationship with at all?

Sealey: No, not really. Which again was why I liked it; why I felt like an outsider and had a kind of outsider’s perspective. I watch the stuff everybody’s talking about, like Tiger King or that Netflix series about the Hotel Cecil. My problem with so much of this genre is that it’s about horrible things that happen to women. One thing that was really important to me in this film was, we do not need to see a woman being chased or mutilated. We don’t need any of that. That’s been done, and that’s not what this is about for me. It’s got to be saying something else so that we’re not just reveling in Bundy’s crimes. It was really important to me that we had Bill be a surrogate for the victims and the women in the audience watching and listening.

Luke Kirby is probably best known for The Marvelous Mrs. Maisel, and now this. You probably couldn’t think of two more divergent characters. How did you work together to build this Ted Bundy?

Sealey: I really saw Bundy as a deeply insecure and very narcissistic psychopath. So when Luke and I got together both of us were very much like, “We’re not interested in glorifying this guy. This is not about showing off how smart he is. This is just about showing a guy who really just wants everyone to think he’s super-smart and super-interesting and super-charismatic.” Then it was really just about rounding out the performance. Like, what does he want here? What is he trying to get? What’s he actually saying here? And, you know, just the mental swordplay between the two guys.

What about Bundy’s physicality and the vocal performance?

Sealey: We spent a ton of time just breaking all that down, listening to the recorded transcripts and going, “What are you?” Luke is the kind of actor that can layer that stuff on, the voice and the facial expressions. So he just spent a lot of time watching videos and looking at the way Bundy would cock his head to the side and sort of look up underneath his eye, then throw out a dashing smile every now and then, and just how calculated it all was. We talked a lot about how Bundy would often lean back in his chair, then cross his legs and fingers and have his hands on his face. So we just got to play around with all of that.

No Man of God is very theatrical in its presentation, I imagine out of necessity. What were your visual strategies for getting the most out of these one-on-one scenes cinematically?

Sealey: I was like, “Okay, it’s 70% two guys in a room. What can we do in terms of production design while keeping the room really authentic?” And then I worked with Karina Silva, our DP, on lighting—coming up with this concept of the light coming from these neon lights at the top of the room, which is where they’d really be. I only put lights in this little square, to be able to circle around [the characters] with the camera and create shapes on the table and on their faces. For meetings between [Bill and Bundy] I was like, “Well, this first time, what’s going on?” Well, Bundy is a closed book and Bill is trying to get him to open up, trying to get him to trust him and relax. We don’t know who Bundy is yet. So to me, it was all about obscuring him. We shot him through the arm, under the table, with his face down in his lap. We just see the side of his face. And then in the last scene is when we really know who Bundy is, and we really know who Bill is. That’s when we have the more straightforward ECUs and close-ups.

I imagine that as a filmmaker there’s probably a new skill you pick up on each new project, a different tool to add to your toolbox. What was that tool on this movie?

Sealey: That’s a good question. I do think that’s true. There’s a million little things that you’re learning all the time. Every interaction you have with another human being teaches you something. You learn things. But to me it’s such internal work, as you get closer and closer to who you truly are.