EDITOR’S NOTE: The following article originally ran in 2017 and is being republished here, with the Fourth of July looming looming and along with the ongoing, reemergent summer movie season.

Of course, a good movie is a good movie regardless of how big or small it is. And many of Hollywood’s biggest blockbusters—including a few of the ones on this list—have been helmed by filmmakers who got their start in the indie world. Several of the most celebrated and fondly remembered summer blockbusters have indie cinema’s DNA running their veins, from the maverick spirit of 1970s New Hollywood manifesting itself in Jaws and Star Wars to Christopher Nolan’s unprecedented run of indie-informed box office behemoths.

So for this month’s Must-List, we asked our intrepid Film Independent staffers and blog correspondents, past and present, to grab a bag of popcorn, enjoy the AC and tell us a little bit about their favorite summer blockbusters. Here’s what they said: 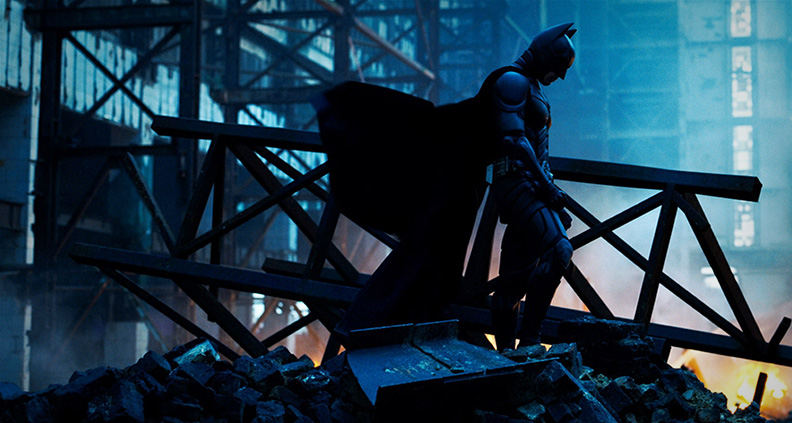 Christopher Nolan’s The Dark Knight isn’t just the tale of an eccentric goth billionaire slap-fighting a fanciful domestic terrorist is white pancake makeup. It’s also the story of the ascendancy of comic book stories as the primary mode of 21st-century blockbuster filmmaking. There were (of course) comic book movie antecedents before Dark Knight—Richard Donner’s 1978 Superman and Tim Burton’s own 1989 Batman. And the genre truly came of age with Bryan Singer’s slick X-Men adaptation in Y2K. But cinematic puzzle-maestro Nolan’s follow-up to his own 2005 caped crusader reboot Batman Begins was a true cultural phenomenon: climbing to (then) 2nd-place spot on the all-time box office list and raking in critical hosannas like a subterranean cave floor rakes in guano. Batman hasn’t really been the same since. It makes you wonder: why so serious? (Matt Warren) 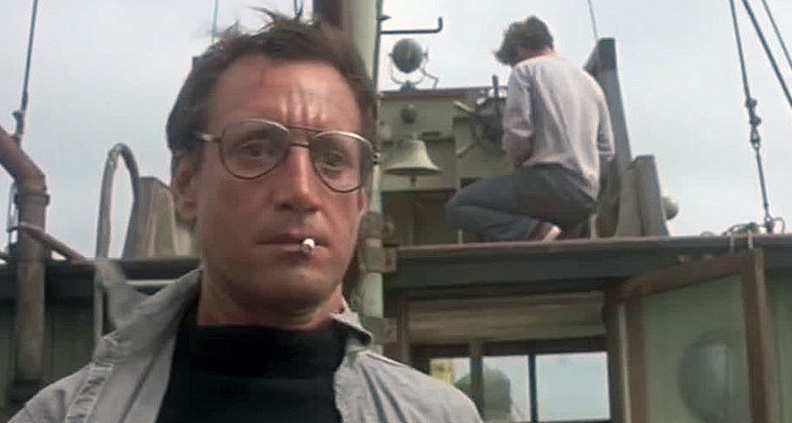 Now that I’m an adult I’m committed to helping save the lives of sharks. They don’t deserve the rep that they’ve gotten and as a species are critically important to the health of our oceans. Not to mention they’re awesome. That said, Steven Spielberg’s JAWS scared me silly. I spent my childhood believing sharks were in the bathtub and at the deep ends of suburban pools. Such concerns are a testament to the film’s storytelling, preying on our basest fears. JAWS is the original blockbuster, and for good reason. Whenever I hear John Williams’ iconic theme, my heart starts racing immediately. From the title, to the key art, to the casting, JAWS will haunt you well past summer. (Jennifer Cochis) 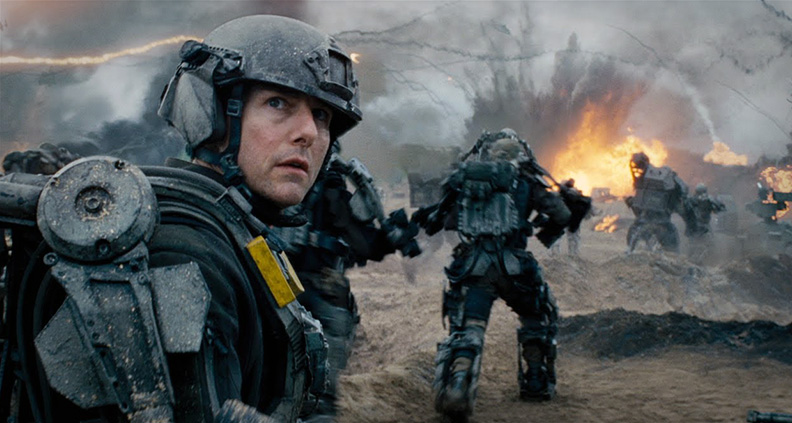 It might be a stretch to call this movie a “blockbuster”—just take a look back at the film’s anemic opening weekend box office totals. Nevertheless, Edge of Tomorrow is at the top of my list of Summer faves. An “all you can eat” serving of well-crafted action and special effects, it’s a pleasure ride to be sure. But what I find most enjoy is watching Major William Cage (Tom Cruise) slowly transform from an ethically challenged salesman-in-a-soldiers’-uniform into an honorable and unshakable warrior. Watch Cruise deliver a nuanced performance often absent in blockbuster films. Often, action heroes are fearless with unshakable convictions, but what I like in this film is we watch a deeply flawed character transform into a selfless hero—while still delivering the action and humor that are hallmarks of a great Summer blockbuster. (Anthony Ferranti) 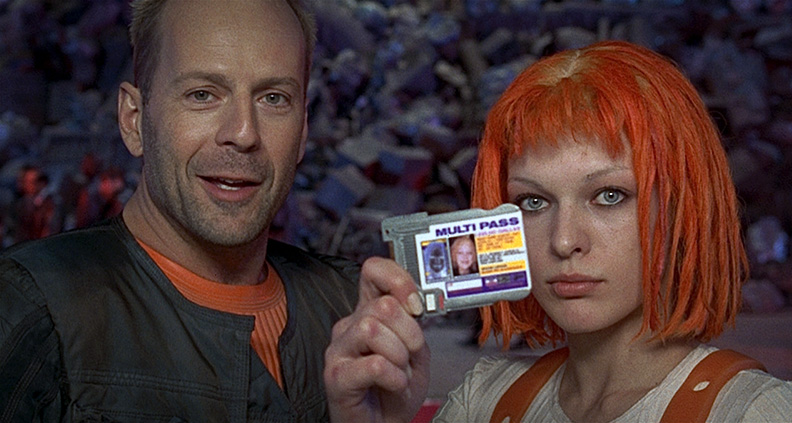 Idiosyncratic French auteur Luc Besson’s The Fifth Element is an unholy Gallic hodgepodge of colorful CGI visuals, over-the-top performances, slapstick comedy and genuinely thrilling sci-fi action. It’s a film practically bursting at the sprocket holes with special weirdness—turning what should be a tacky regurgitation of big-budget sci-fi clichés into something actually unique. The plot is part Blade Runner, part Star Wars and all Heavy Metal Magazine. Bruce Willis plays Korben Dallas, a surly cab driver in the year 2263 who inadvertently befriends a messianic, tangerine-haired space hottie named Leeloo (Milla Jovovich). Koreben must help Leeloo reunite the galactic infinity MacGuffins before evil space fop Zorg (Gary Oldman—eating scenery with a side of scenery) can stop them. Along the way, they enlist the help of Chris Tucker’s androgynous interstellar game show and listen to an opera sung by a 10-foot blue space diva with tentacles growing out of her head. It’s… a lot. But! At least in this case, “a lot” equals “fun.” (Matt Warren)

PIRATES OF THE CARIBBEAN: CURSE OF THE BLACK PEARL (2003) 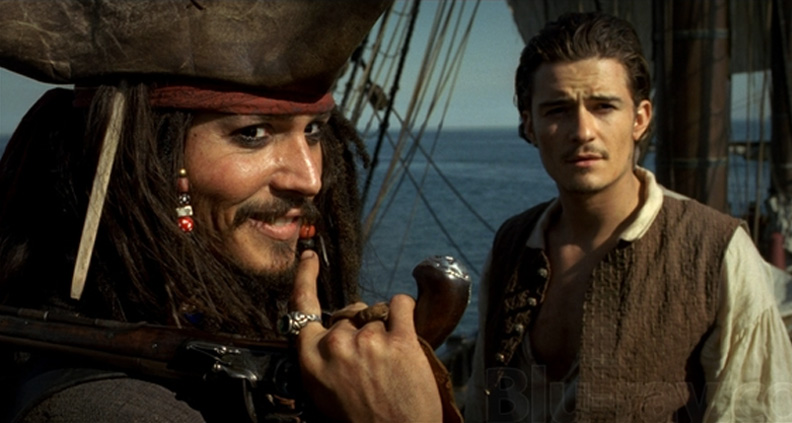 I saw this movie in the theater three times and it remains one of my all-time favorite adventure stories. The music, the humor, the introduction of Captain Jack Sparrow into household namedom (not to mention his enthralling opening scene), the swashbuckling vivacity of it all… it calls to my cinema-hungry heart like the cursed treasure calls to Barbosa and his crew of the damned. Pirates makes the most of the big screen with the necessary sword fights and seafaring mischance, but also showcases some great characters, witty dialogue and plot twists to beat the band. Watch it with the sound on. (Cotney Matz) 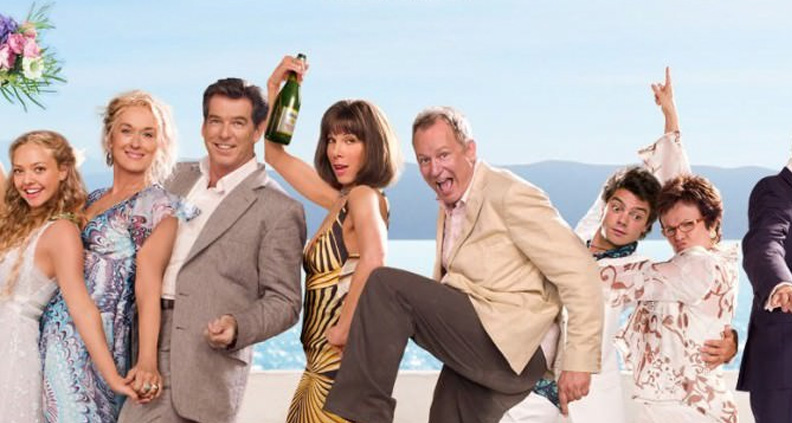 The critical, commercial and Oscar-winning success of 2002’s Chicago seemed to tout the potential for Hollywood’s return to the Golden Age of the American movie musical. But just two years later, the fateful fall of an adaptation of Broadway Box Office behemoth The Phantom of the Opera did little to portend a lasting trend. Enter a deus ex machine: the sweet and sultry synthesis of Swedish sounds simply known as ABBA. By no means was Mamma Mia! a sure bet (more like a Waterloo, at least according to critics.) But fortunately, audiences—especially the girls and the gays, whose box office might had recently been rediscovered with the Sex and the City movie—laid all their love and money, money, money on it. How could we resist? In what seemed like a page pulled from the playbook of reality television, Mamma Mia! took an all-star awards-bait cast, threw them on a beautiful Greek island and watched what happened. And we had the time of our life, being the dancing queen with the Meryl Streep, taking a chance with Julie Walters, while our mothers did know we were out (they were right there beside us) with Christine Baranski. But despite its solid-gold success, talk around town still scoffed at the recently announced sequel. Well… as long as it once again captures so precisely the joy of dancing around your bedroom with your best friends to possibly the most deliriously infectious dance music out there, you can bet on my butt in a seat on opening night. (Brian E. Sheehan) 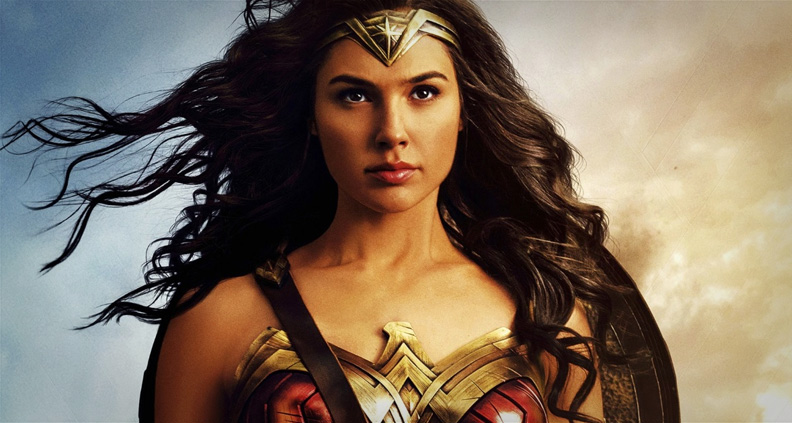 Even with no invisible helicopter or spinning costume changes like Lynda Carter in the TV show I grew up with, Gal Gadot’s Wonder Woman is a superhero I can get behind. Her zest for life and commitment to doing right are well-balanced with her inexperience as a newbie among war-weary soldiers, committed to finding and vanquishing the god of war forever and ever. And that sword is pretty sweet too. (Cortney Matz)