In our regular feature Podlight, we take our earbuds out just long enough to go behind the microphone with the voices and creators of the web’s most innovative and enduring film podcasts to find out what makes these shows tick and unpack ideas about the current state of online film discussion.

Steadily producing new episodes for over 10 years now, Battleship Pretension has carved out a unique niche within the ever-expanding world of online film chatter. Based in LA and helmed by pals Tyler Smith and David Bax (who honed their rapport together as film students at Columbia College Chicago) the show is a gloriously unwieldy, discursive entity malleable enough to approach a seemingly endless variety of movie-related topics from an equally extensive set of angles. Episodes are long—sometimes very long—and range from lighthearted lists of the hosts’ favorite cinematic death scenes, to more intellectually rigorous discussions of film theory, to festival recaps, previews and filmmaker interviews.

But regardless of topic, Battleship Pretension holds together as a cohesive whole thanks to the chemistry of its two host and their respect for one another, despite the fact that Smith and Bax differ not just ideologically (Smith leans to the right politically and is an outspoken Christian; the enthusiastically self-described “SJW” Bax doesn’t, and isn’t) but often in their approach to film as well.

We recently spoke to Smith and Bax via phone to discuss Battleship Pretension’s longevity, the challenges of growing an audience and how changes in their lives have impacted their response to movies. Here’s the conversation:

Tell me a little bit about Battleship Pretension. What is it doing that’s unique in the film podcast world?

Bax: Well, the thing it does that’s close to unique is that it’s almost 10 years old. But what we set out to do was not to be, you know, a weekly critical round-up podcast. It was an attempt to recreate the kinds of conversations Tyler and I would have in film school, and that we’d continue to have occasionally over the phone for the year and half [after film school] that we lived in different cities—conversations that are just film geek and film snob conversations that go where they may.

Smith: One thing a lot of listeners have said is there are times when they almost want to speak up during the show because it’s very conversational and the nature of it is very free-flowing. When you’re talking about movies with your friends even if you just say Hey, I just saw this movie it’s only a matter of time before you say It reminded me of this, which reminded me of that and before you know it you’re talking about different directors, different genres. We wanted the freedom to do that.

How difficult is it now that you’ve passed 500 episodes to come up with new discussion topics?

Bax: You’d think it’d be more difficult than it is. But when you’re someone like Tyler or I or most of the people who listen to us, you’re kind of thinking about movies all the time. So the number of topics is equal to the number of conversations you can have in a lifetime, because movies are sort of the way through which [people like us] filter the world.

Smith: I think that’s the advantage of our format. We bring a lot of ourselves to the show, for good or ill. I do believe that who you are as a person will impact how you interpret a film. So sometimes the topics are based on what we were thinking, but it could also be about questioning ourselves and our reaction to things. Because as people we’re always changing, our attitude and whole approach to movies changes as well. So while I don’t think that we’ve ever repeated a topic, there have been topics over the years that have been similar and the difference from one topic to the next, similar as they may be, is how different am I as a person since the last time we discussed this? 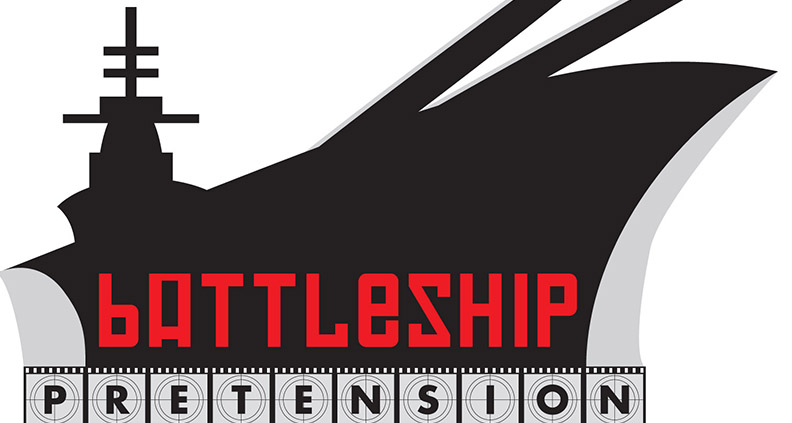 What’s the biggest difference between when you first stated doing the show and now, either personally or in your critical approach?

Smith: One very tangible way that the listeners can probably speak at length about is that my politics have changed. I’ve become more conservative as I’ve gotten older, and that does impact the way I watch movies. Not a whole lot, but a little. Also, living in Los Angeles and getting to know actors, writers, directors, other critics, whatever, you start to understand a lot more how complex filmmaking is. I think I’ve become less dismissive. I can still be critical about [a film] but I don’t have to be an asshole.

Bax: I definitely agree with most of that. Not the conservative part [laughs]. But for me, in a way it’s almost the opposite. I’m more confident in my ability to be an asshole if I feel the movie calls for it. I referred earlier to the podcast being about self-examination, but it’s also a whetstone for my ability to defend and explain why I like or dislike a movie. For example, 10 years ago when the show started I was floundering to get across and make an argument for why I thought Borat was one of the top 10 films of 2006. And now I feel like I’m more and more able to hold my own and explain.

How difficult is it to sustain the energy to keep doing a show like this week after week, year after year?

Smith: One thing we’ve both said is that there are times when we don’t feel like doing this. At times it’s just, like, real life is exhausting me and I’m not really in a position to verbalize anything in a way that people will find interesting or entertaining. We’ve both had those moments individually, but it’s rare for us to have them at the same time. So there are times when I’m feeling very down and David is doing fine, so his energy keeps the episode up and I can usually match it. And then there are other times when it’s the opposite.

Bax: Once you’re in a partnership it means you’re accountable to one another and that’s going to keep you going. There’s also the fact that once you have sponsors, you kind of have to keep doing an episode every week because they’re expecting you to. And then third, of course, it’s all for the listeners.

What have been some of the biggest challenges or frustrations in trying to grow the show’s audience?

Bax: Well, there’s definitely room for us to get bigger. That’s why we’re doing this interview [laughs]. But yeah, as far as difficulty goes the name “Battleship Pretension” has been both a blessing and a curse. I think for a lot of people—our type of people—it’s an attention-getter. But I think in some ways it’s also limited our audience to only those types of people.

Smith: In the first few years we didn’t grow that much. And then it started growing exponentially, and it was crazy to me. We’ll have bursts of growth and another plateau, bursts of growth and another plateau. There are a lot of movie and TV podcasts; so much so that I almost wish [iTunes] would start separating the categories, because there are, like, 50 Game of Thrones podcasts. At this point I think the way to grow is to find other avenues, because you can’t simply go to iTunes. That’s how a lot of people originally found us, and I just don’t think that’s possible any more.

Bax: The other thing I want to mention is that at this point, for more than five years now, Battleship Pretension has been a fully operational film discussion and review blog with multiple contributors and encapsulating more podcasts than just ours. We have multiple reviews up every week of movies that are coming out, and that has really helped us grow.