You can accuse Los Angeles of being a lot of different things, but boring definitely isn’t one of them. By any measure, the City of Angels is one of our nation’s oddest and most unpredictable mega-metropolises, where buildings are shaped like whatever food they sell and billboards are their own artistic medium; a city that boasts both fjords and funiculars, where teacup-sized designer canines are regularly snatched away by wild owls from landlocked urban dog parks.

Sure, it may not be Twin Peaks or Night Vale. But for a city that actually, you know, exists, LA is pretty damn weird. And while LA’s weirdness isn’t always fun (just ask the miniature pinscher dangling from the clicking nib of a Griffith Park barn owl), the good news is that it so often is. For proof, you need look no further than the LA Film Festival, a perennial local purveyor the unusual, edifying and unexpected (returning soon, June 14-22—see below).

We’re still a little under two months away from Opening Night, but it’s never too soon to start getting yourself in the Festival mood, whether by locking in your 2017 Festival pass purchase early or by casting your mind back to LA Film Festivals of yesteryear and recalling just how strange they sometimes were. That’s what we’re doing, anyways. So here are our Top 10 favorite LA Film Festival moments of all time. For now, at least: 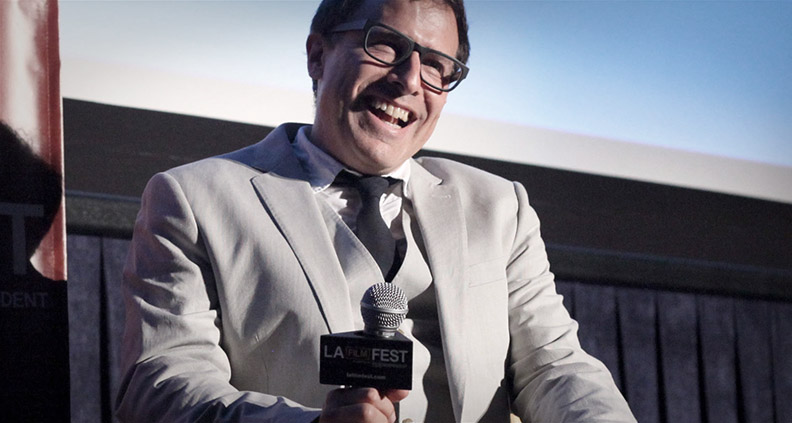 When indie icon Spike Jonze sat down at the 2013 LA Film Festival for a panel to discuss his life and career (called, in typically idiosyncratic fashion, Spike Jonze: A Rubber Band and His Comb) he brought with him a very special guest: friend and frequent collaborator David O. Russell. Longtime pals, the two art house auteurs spent a lively and enlightening hour discussing their work, including an advance look at Jonze’s then-in-progress sci-fi heartbreaker Her. 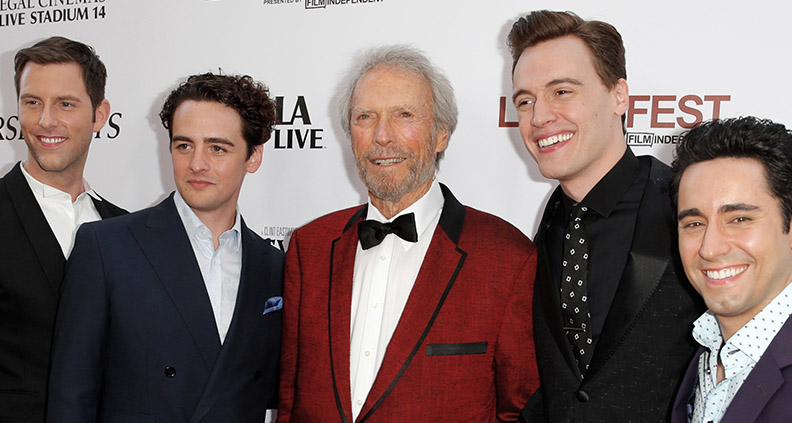 As far as legends go, they don’t get much bigger (or taller) than Clint Eastwood, whose Broadway adaptation Jersey Boys closed out the 2014 Festival. Based on Marshall Brickman and Rick Elice’s hit Four Seasons jukebox musical, the film’s LA premiere was the perfect excuse to rub shoulders with one of Hollywood’s most celebrated and taciturn badasses. We did, in fact, feel lucky.

‘DIRTY DANCING’ OUTSIDE AT CALIFORNIA PLAZA (2012) 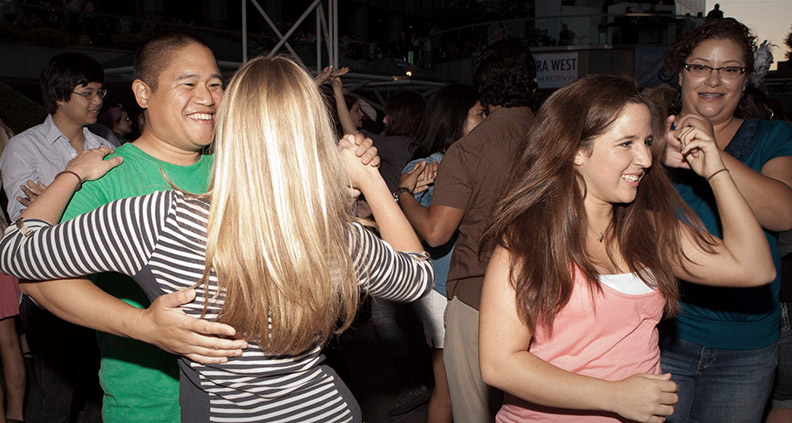 Forget Baby—nobody puts hundreds of Patrick Swayze fanatics in the corner. At least not in 2012, when the LA Film Festival invaded the courtyards of downtown’s California Plaza for an outdoor dance-along repertory screening of Emile Ardolino’s 1987 cult favorite, Dirty Dancing. Attendees twirled, dipped and dropped along to the film, all with Dirty Dancing’s original choreographer Kenny Ortega watching nearby and professional dancers from Dance Camera West re-created the film’s dance scenes live on stage. 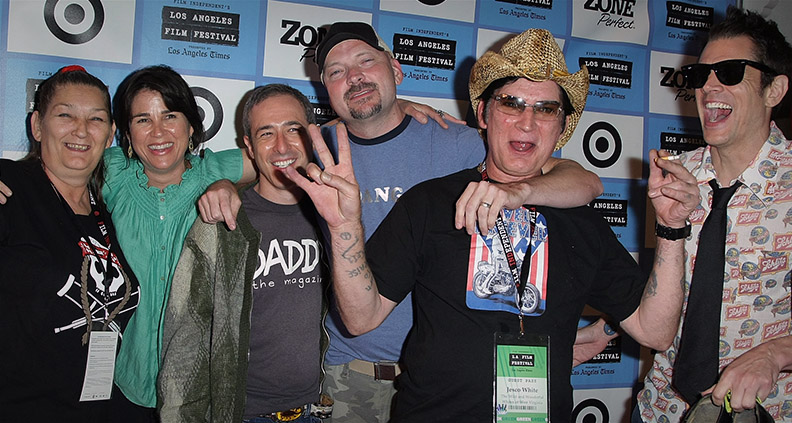 Frankly, you don’t invite a documentary called The Wild and Wonderful Whites of West Virginia, chronicling four generations of a charmingly irascible West Virginia coal mining family and their many quasi-criminal, definitely drug-fueled misadventures, and not expect things to get at least a little bit rowdy on the red carpet. We can neither confirm nor deny that controlled substances were consumed in full view of press on the red carpet—and at this point, the Whites probably can’t remember either. 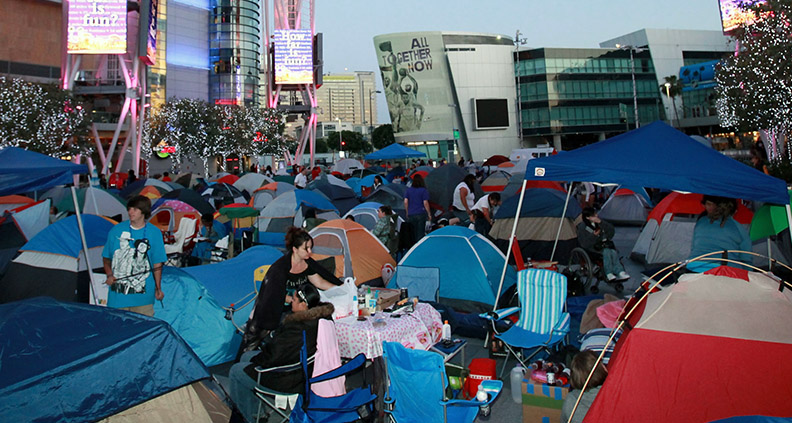 Long before Kristen Stewart and Robert Pattinson were dueling indie film favorites (Personal Shopper and The Lost City of Z, anyone?) and aggrieved IRL ex-lovers, they were just a couple a kids premiering the third installment of their mega-blockbuster YA franchise at the LA Film Festival. 7,000 diehard Twihards turned out for The Twilight Saga: Eclipse premiere at LA Live’s Nokia Theater—one of our biggest Festival crowds ever. Not to mention one we only barely survived. 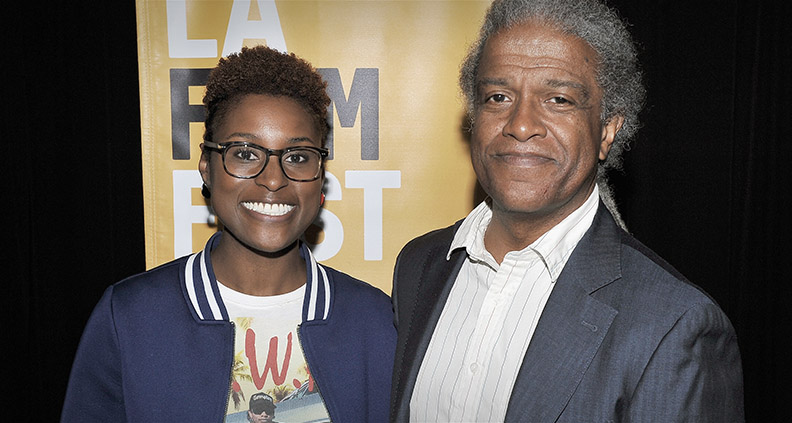 Just last year, acclaimed actor/writer/comedian/filmmaker Issa Rae joined us as part of the 2016 LA Film Festival’s Diversity Speaks panel about her web series The Misadventures of Awkward Black Girl—months before her HBO show Insecure took the pay-cable landscape by storm. Rae would later go on to host our 2017 Spirit Awards Nominee Brunch and speak as one of the panelists at our recent Directors Close-Up series. If those are misadventures, we’ll take ‘em! 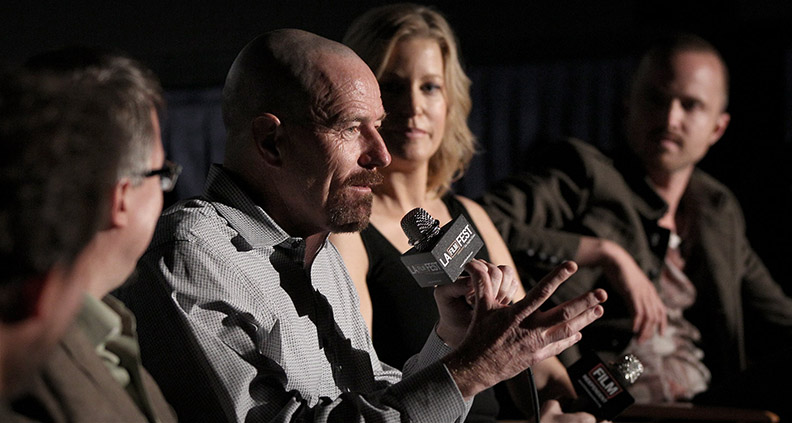 Few prestige TV cable dramas have ever been as cinematic-feeling as AMC’s Breaking Bad. No surprise then that the show fit in perfectly with the rest of the LA Film Festival’s focus on innovative visual storytelling. Heading into the show’s final season, creator Vince Gilligan and stars Bryan Cranston, Aaron Paul, Anna Gunn and Bob Odenkirk joined us for an in-depth panel about the groundbreaking show. And meth or no meth, it was an exciting hour. 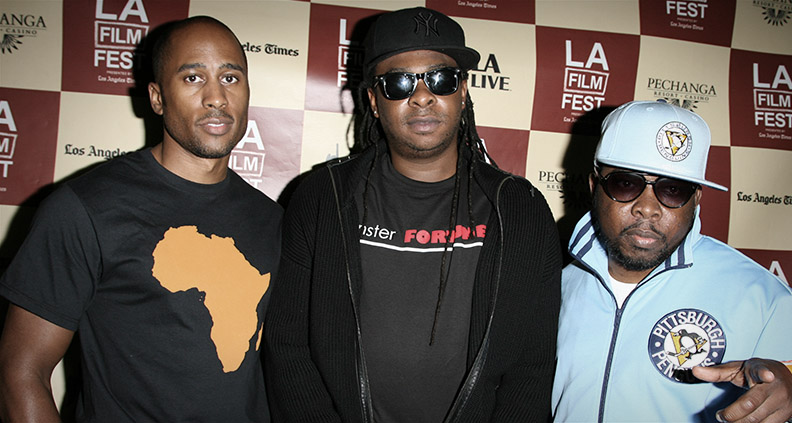 In 2011, three of the four founding members of New York hip-hop legends A Tribe Called Quest joined director Michael Rappaport for the LA premiere of Rappaport’s biographical doc Beats, Rhymes and Life: The Travels of A Tribe Called Quest. While Q-Tip was absent, MCs Ali Shaheed Muhammad, Jarobi White and Phife Dawg (RIP) were all present to bring a bit of New York to LA. 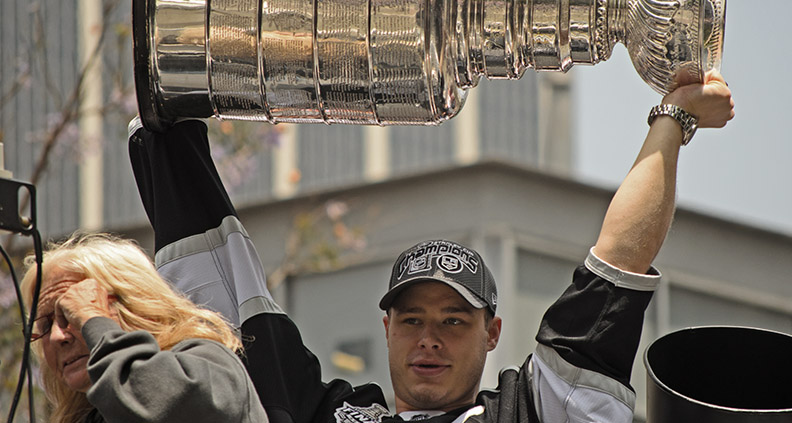 The 2012 LA Film Festival kicked off on June 11 with Woody Allen’s To Rome With Love as the Opening Night film at downtown’s LA Live complex. That was exciting enough, not least of all because Allen himself was in attendance. But an added bit of excitement came when the NHL’s LA Kings defeated the New Jersey Devils 6-1 to win their first-ever Stanley Cup literally right next door at the Staples Center. Watch this clip—you can hear rioting from happy hockey fans happening just over the step-and-repeat while our nervous 2012 Festival attendees soldier on. 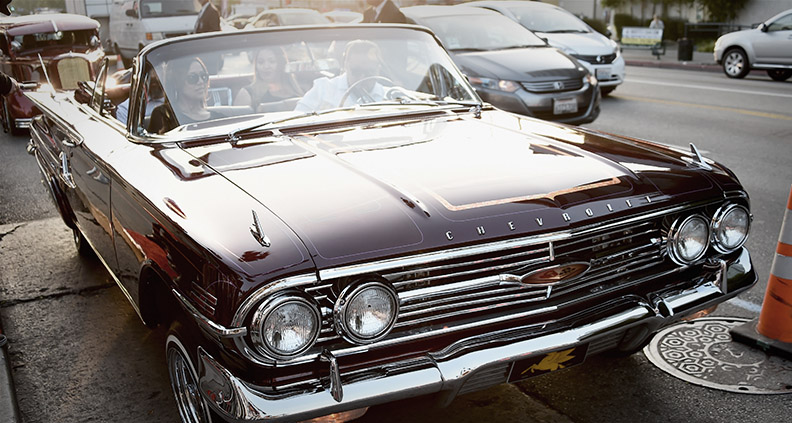 When the title of your Opening Night film is Lowriders you better be ready to deliver. Luckily, when Ricardo de Montreuil’s East LA automotive family drama rolled into the ArcLight Hollywood’s Cinerama Dome last year to kick off the 2016 Festival, the cars weren’t far behind: the arrivals festivities featured a glistening fleet of authentic LA lowriders popping and dropping on hydraulic chassis—a uniquely LA moment you won’t find at any other film festival.

So you may be wondering, what moments from 2017 could possibly top some of the above? Well, come see for yourself: 2017 LA Film Festival passes are now available for purchase by the general public as well as Film Independent Members. Click here for more info and don’t delay—they’re going fast.

A Long List of Emergency Relief Funds for Filmmakers and Other...