We live in an era where, technically, it’s possible to pretty much always claim you’re currently in the process of “making a documentary.” After all, we carry cameras with us all the time now—capturing our lives from every angle and sharing moments of mediated reality across a variety of digital platforms. Footage is not hard to collect, nor distribute. Which is why the post-production process is so critical in establishing a cinematic point of view for the serious nonfiction filmmaker. Careful and craft-conscious editing, mixing, color correction, etc. is where content becomes art and where “stories” become stories.

That’s why the 2022 Film Independent Documentary Lab is thrilled to welcome 12 new Fellows to the program representing six individual projects—all currently in post-production on their way to a screen of some type near you. Says Film Independent Director of Artist Development Lisa Hasko: “The films selected for this year’s Lab represent fierce, unapologetic storytelling,” adding: “From personal to political and everywhere in-between, these boundary-pushing filmmakers will move audiences in the most creative and immersive ways.”

Designed to advance the careers of Fellows through industry introductions and expert editorial feedback, this year’s Lab featured Lead Creative Mentors Chris Shellen and Jeff Malmberg (Mickey: The Story of a Mouse, Marwencol) and Anayansi Prado (Maid in America, The Unafraid). 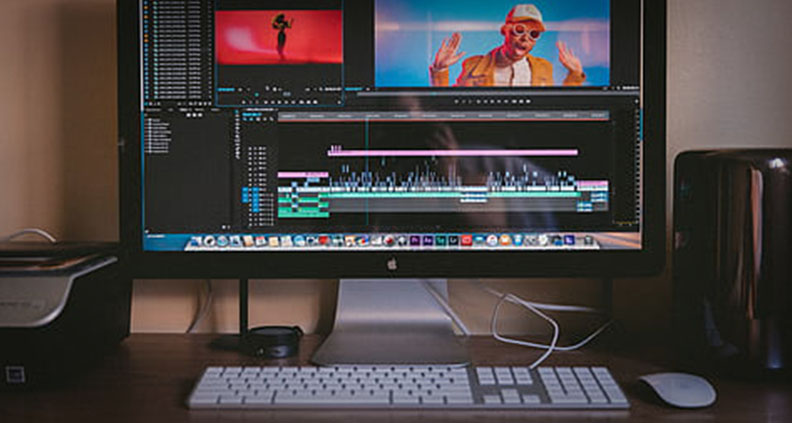 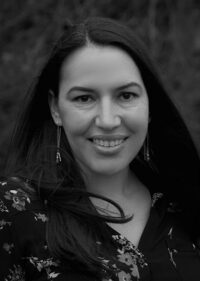 Alissa Figueroa is an award-winning and Emmy-nominated independent journalist and filmmaker and the Investigative Journalist in Residence at Morgan State University in Baltimore. She was a 2020-21 Knight-Wallace Reporting Fellow. From 2018 to 2021 Figueroa directed the Ida B. Wells Fellowship for Journalists of Color at Type Investigations. Prior to this, she was a founding producer of the investigative unit at Fusion, where documentaries she produced won the Robert F. Kennedy Journalism Award, among others. She started her television career at NBC News. Figueroa is a graduate of Amherst College and the UC Berkeley Graduate School of Journalism. 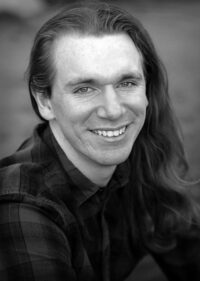 Drew Swedberg is a filmmaker, cinematographer and educator based in Eastern Pennsylvania. Through a collaborative process and poetic approach, his filmmaking orbits around the everyday dreams, relationships and forces that shape his home. Swedberg teaches an array of film classrooms, from elementary to college—most recently as an Adjunct Professor in Lafayette College’s Film and Media Studies Department and LVAIC’s Documentary Storymaking Program. He has held fellowships with MDOCS Storytellers’ Institute and the Cultural Coalition of Allentown. He currently leads the programming for Allentown’s local art house cinema and is moving through post-production on his debut feature, in love, in memory. 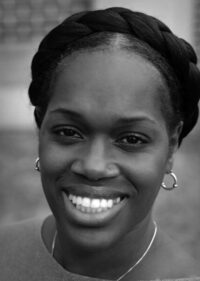 Shalon Buskirk is a community leader who has dedicated her life to protecting, helping and saving young adults from violence within her community. She was born and raised in Allentown, PA. After the tragic death of her firstborn son, Parris, she started to work towards a nonprofit for young adults aiming to engage them with the resources they need for success. Buskirk was a driving force behind the first major funding in the city for youth violence prevention. She is a storyteller, a mother of eight children and the CEO/Founder of the Parris J. Lane Memorial Foundation. 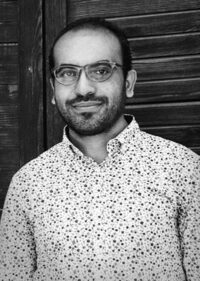 Ayman El Amir is an Egyptian filmmaker and script consultant. His most recent work includes producing the short narrative film Fakh (The Trap), which was selected for the Semaine de la Critique at the Festival de Cannes in 2019, and for co-directing with Nada Riyadh the feature-length documentary Happily Ever After, which premiered at the International Documentary Film Festival Amsterdam in 2016. He has worked as a script consultant for numerous programs, labs and institutes—including TorinoFilmLab, the Doha Film Institute, the Film Prize of the Robert Bosch Stiftung and the Marrakech International Film Festival’s Atlas Workshops. 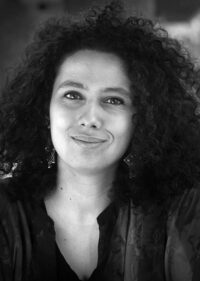 Nada Riyadh is an Egyptian director. Her debut documentary Happily Ever After, co-directed with Ayman El Amir, premiered at IDFA in 2016. Her short fiction film Fakh (The Trap) was selected for the official competition of 58th La Semaine de la Critique, Cannes Film Festival, 2019. Since 2011, Nada has led filmmaking workshops to empower disadvantaged communities suffering from war, displacement and difficult living conditions in Lebanon, Jordan and Egypt. An Egyptian female filmmaker, Nada hopes to play a role in championing diversity and empowering women in the film industry in the MENA region. 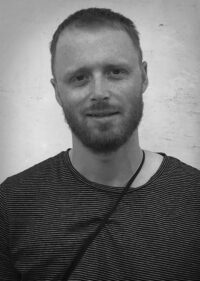 Kit Vincent is a London-based director/producer. He began his career working on flagship documentary series for UK broadcasters and has a First Class Honors degree in Anthropology and Visual Practice from Goldsmiths, University of London. Red Herring is Kit’s debut feature. With the project, he has so far attended Edinburgh Pitch 2020, Gotham Week 2021, Sheffield Meetmarket 2021—where he won The Wicker Awards pitch runner 11 up prize—and Hot Docs 2022. He is a Jewish Film Institute 2022 fellow and he has received funding from: BFI Docsociety, Sundance Institute and The Whickers Institute. 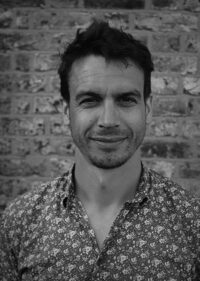 Ed is co-founder of Postcode Films, a multi-award winning London-based documentary production company that focuses on character-led social issue documentaries. Their feature docs have previously been supported by Worldview, Doc Society, Sundance and Fork Films and have run successful impact campaigns alongside their films with such charities as Save the Children and Joseph Rowntree Foundation. As a director, Ed has made two feature docs, which have screened at festivals and on television worldwide. He has also taught ethnographic filmmaking at various UK universities. 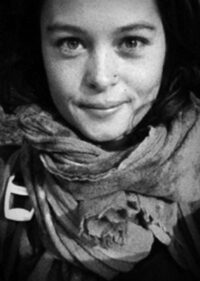 Alix Blair is an award-winning documentary filmmaker, cinematographer, documentary teacher and radio producer based in the East Bay, California. Her first documentary film, Farmer/Veteran, won numerous festival awards, was an IFP (Gotham) Lab recipient, an ITVS Open Call recipient and was broadcasted on Independent Lens in May 2017. Alix worked for several years as a documentary stories teacher and assistant at the Center for Documentary Studies in Durham, NC. She is also a lecturer and researcher on the impacts of vicarious trauma in documentary filmmaking, and teaches trauma-informed movement practices. 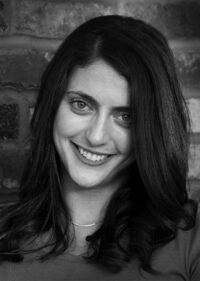 Lauren Kushner is an independent producer and the co-founder of Early Bird Films, which supports filmmakers, nonprofits and for-profit film entities to elevate exceptional emerging voices. Before launching Early Bird, Lauren was the Director of Artist Development at SFFILM where she oversaw the highly lauded Artist Development program with an emphasis on strategic planning, significant growth and furthering filmmaker programs including grants, fellowships and a robust residency program. Prior to joining SFFILM, Lauren spent six years at Participant Media in the feature documentary and film marketing divisions. 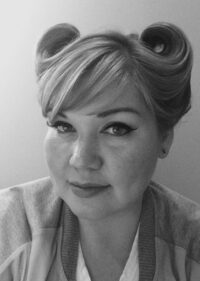 Elizabeth Day (Ojibwe, she/her) is a filmmaker from Minneapolis, Minnesota. Born on the Leech Lake Reservation and raised in the Twin Cities area, Day blends her Native American heritage with her urban upbringing to create films that employ traditional Ojibwe-style storytelling while using contemporary filmmaking techniques. Her work often explores the tension between traditional Native teachings and the life of a modern, urban Indian. 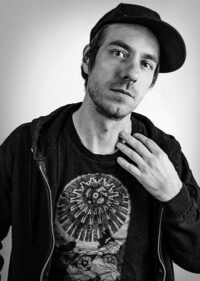 Jonathan Olshefski is an artist and documentary filmmaker. His debut feature documentary Quest premiered at Sundance in 2017 and was nominated for two News and Documentary Emmys. In 2018, he received the Truer Than Than Fiction Award at the Film Independent Spirit Awards for Quest and was selected for a Pew Artist Fellowship. Olshefski strives to tell intimate and nuanced stories that honor his protagonists’ complexity by employing a production process that emphasizes collaboration, dialogue and relationship in order to amplify their voices and reflect their points of view in an artful way.

9 Fellows and 45 Members Selected for the Toronto International...