EDITOR’S NOTE: The following blog originally ran on filmindependent.org in 2013 and remains one of our most-read articles. We’re republishing it here, with minor edits to the original text. Special thanks to the author, guest blogger Leena Pendharkar (@leenapend).

THE ART OF THE WEB SERIES

People hear web series, and think, “Hey I’m going to just chop up my feature film script and throw it on YouTube. Cool! The whole purpose is to raise funds for my feature, anyway. Right?” Wrong.

Approaching a web story in the same way you would a feature is a bad idea because it’s a completely different medium. Yes, it’s a totally different viewing experience than the movies or even TV. What makes it stand out? Well, it’s interactive, it’s short and it’s meant for an audience that’s online and on other mobile devices. Great masses of people are probably not going to watch your series in a theater. But TV, cell phones, laptops and whatever other portable thingy that comes along?  That’s not so far off at all. 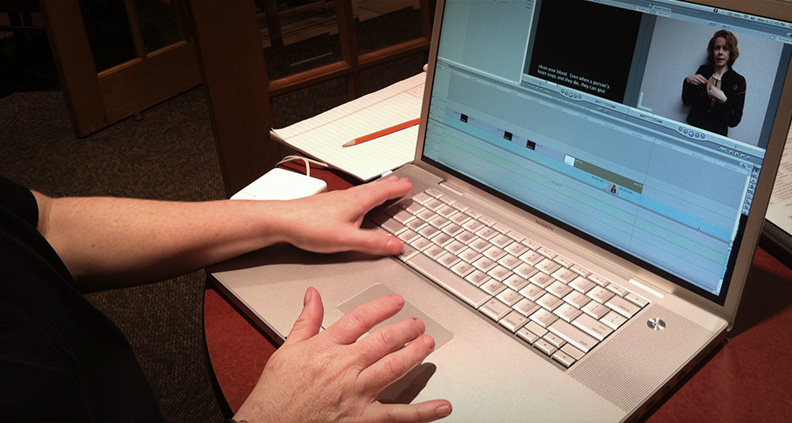 I’ve written for both web media and film. My passion was always for feature film, but since the early 2000s (and before), I was involved in writing for websites, and later making videos and multimedia websites for clients. Then in 2008, I shot my first feature, Raspberry Magic. It was an exhilarating and amazing process, but it took years. I was a part of Film Independent’s Screenwriting Lab for my second feature, A Day with RK.

It was around that time that I craved and missed working online. I loved making graphics, short videos and honestly, just being involved in media making that is more immediate. And I had a large collection of short sketches and flash fiction that I thought might translate well to a series, especially comedy. I started working on writing very short pieces that were more digestible for the web with some of my sketches, So Natural. Those were a lot of fun, but there was certainly a learning curve, and I took away some things that have helped me the second time around with my new series, Overly Attached Andy. Here are a few things I’ve learned along the way:

You know how in a feature you have 30 pages to get into it? In a web episode, you have 15 seconds. That’s about how long people take to click on something else. So don’t waste time with long titles, elegant zooms and other nonsense. Get into the story, a character, a joke, a man on a toilet, something that is interesting or engaging. That’s not to say that you can’t show something beautiful, but it’s good for it to be tied to something that can elicit an emotion.

The sweet spot for episodes on the web is between 3 to 4 minutes. People have really, really short attention spans, and frankly they’re very unlikely to click on something that says it’s longer than three minutes. If you can keep them engaged, they’ll come back for more. Plus, watching content on mobile phones is better when it’s shorter. Ideally, you have a short, narrative idea, or perhaps a joke that the piece is structured around.

It’s your prerogative if you want to raise money for a helicopter sequence, but with the assumption that you want to get your series made, I’d say, keep the production simple and doable. Why do so many web series take place in a park? Because it’s an easy place to shoot. Taking that a step further, think about what you have available to you, like locations and even cast, and incorporate those things in your script. There’s nothing wrong with being real and honest about what’s doable and making it happen. That’s the same thought process that often goes into an indie feature, and even more critical for a web series.

It’s no surprise that people will come back to your material because you’ve written great characters. This is true in every medium. But on the web, characters and actors have to jump off the screen quite literally. It’s wise to write for actors who you know or who are accessible to you, and even sit down with those actors and do some table reads. Because you know what? Those same actors will have to also engage people on Twitter, Facebook, Pinterest and whatever other social medium is currently hot. And without this cross promotion it will be challenging for your series to get out any further.

Keeping an audience engaged with a series for eight weeks is no joke. If you want them to keep coming back, it’s important to have other content like behind-the-scenes footage, outtakes, gag reels, or written materials, like a side story or a backstory for another character. For Overly Attached Andy, we did “dating videos” for each character. I had some idea of the character background, then asked the actors to improvise something. It’s important to write and plan for all of these elements before shooting the series, because it’s a critical part of the distribution. Writing interesting jokes or ideas for Twitter and Facebook, will help keep the audience engaged over time.

VIDEO: We Really Love this ‘Really Love’ Conversation with...

VIDEO: We The People Discusses Life Beyond Diversity Programs