In the wake of international protests sparked by the murder of George Floyd by the Minneapolis Police Department on May 25, practically every big-name streaming service quickly assembled, from their selection of available titles, their own specially curated collection of Black cinema. These collections have provided an invaluable resource for film fans of all racial demographics eager to learn more about the troubled history of American racial inequality.

Thankfully, there’s a lot of truly amazing stuff being spotlighted within these curated lists. We’ve plucked out a few (but definitely not all) of our favorite titles below. Whether based on a true story or totally invented, narrative or nonfiction, these eight great movies are important creative works designed to help further the conversation and inspire viewers to direct action.

Below, we’ve collected excerpts of writing about these films from some of our favorite Black film critics and cultural voices, with links to the original articles online—which you should absolutely read to get the full picture. 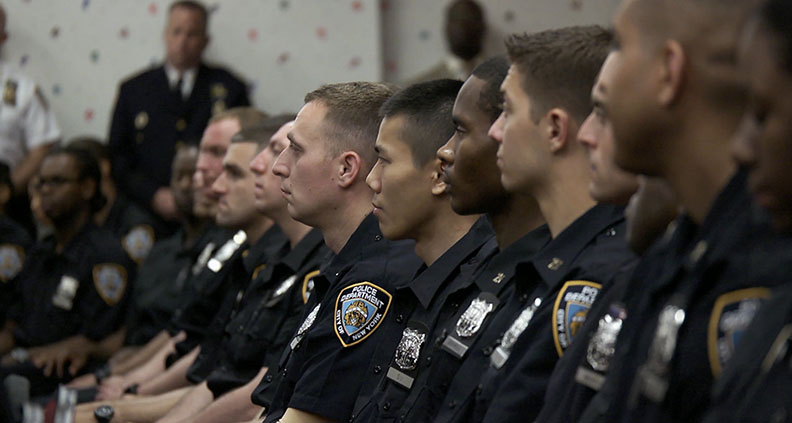 What Critics Say: “Crime + Punishment doesn’t put police corruption on the map, but it does fill in the gaps, mapping out the gang culture of police departments around this country. It also looks inward towards the police themselves to try and figure out how to change and shift things. It’s unclear at this point if an entire system can be overhauled and corrected–it certainly won’t happen overnight. However, what Crime + Punishment does reveal is that when you begin to view people as numbers and quotes to be filled, everyone involved becomes monstrous. That in itself is a massive reason why our police departments continue to fail us. We’ve grieved for Sandra Bland, Eric Garner, Mike Brown, and countless others and yet, police departments across the country, in spite of investigations and overhauls, have made little to no changes. Maing doesn’t seek to offer any solutions; instead, he does something that we often fail to do in our embattled society, he gives these particular officers and the people that they police their humanity back.” 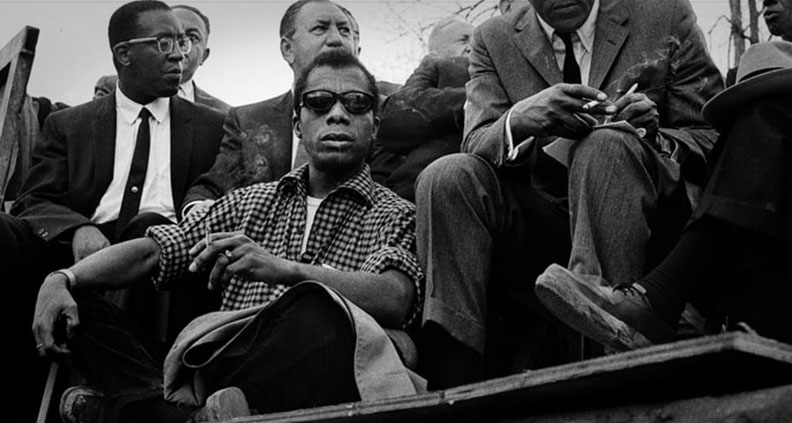 Where You Can Watch: Amazon Prime, Hoopla, Kanopy

What Critics Say: “Peck provides an intelligent, soulfully shocking and jarring journey into America’s checkered past and present race-based turmoil in the crafty and confrontational documentary I Am Not Your Negro, a compellingly menacing—yet oddly meditative—study of one man’s deep-seeded look into the radical boundaries of racial hostilities and identities, indifferences and indignities. Cleverly, Peck reinforces his message by incorporating a couple of stirring factors that pleads his case for his masterful and mind-numbing dissension into our curious psyches: Using the symbolic and powerful presence of one of the 20th century’s vibrant and welcomed vitriolic voices in noted author/activist James Baldwin and bridging together a trio of his famous friends all slain for the cause of unifying their troubled people through realized empowerment and principled pride: the immortal Malcolm X, Martin Luther King, Jr. and Medgar Evers.” 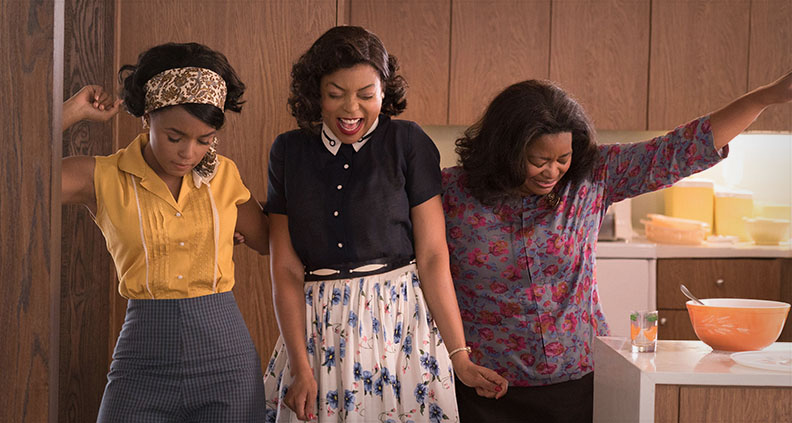 Where You Can Watch: FX Now

What Critics Say: “Indeed, the women in Hidden Figures are role models. And I believe this film would have encouraged me at the start of my career—or even in choosing to study science in the first place… After working on the race equality charter mark projects within the diversity and inclusion team at King’s College London, and speaking to staff and students, I realized that many black female students did not study sciences not because they didn’t want to but because they did not see female scientists from their ethnic background. They didn’t see black women pursuing science as a career, there wasn’t a history they could look to, there weren’t footsteps to follow in. Hidden Figures is a brilliant retelling of a historical event–making black female scientists visible. However, it is crucial that now we know, we make it relevant and tangible in today’s society.” 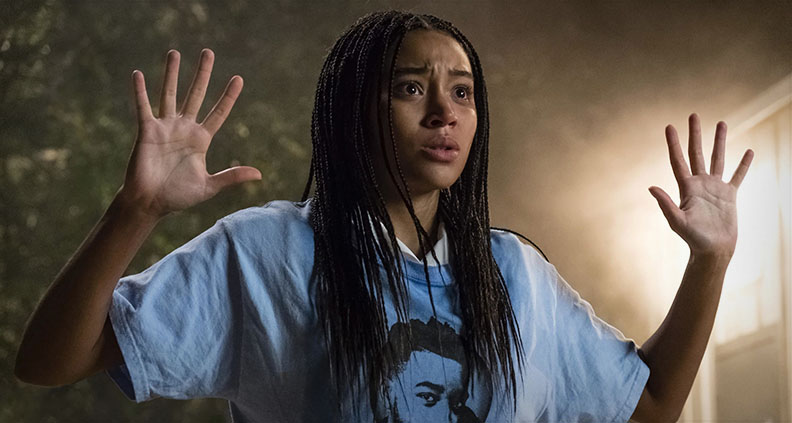 Where You Can Watch: HBO, HBO Max

What Critics Say: “Talk of ‘civility’ and ‘debate’ has become common in American politics and media in the face of protests with minorities at the centre. For black people, this not-so-subtle coded language is a call for silent obedience. The idea means the suppression of their voices, their character, and more, just to fit in. The Hate U Give, to varying degrees of success, says fuck all that. The film paints a wide picture of what it means to live in a society that desires the silence of minorities, from code-switching, to stop and search encounters, to police shootings and their far-reaching aftermath. Taking big swings at the notion that human rights can be debated, The Hate U Give makes up for any misgivings over the heavy-handedness of the writing with a righteous anger and burning passion.” 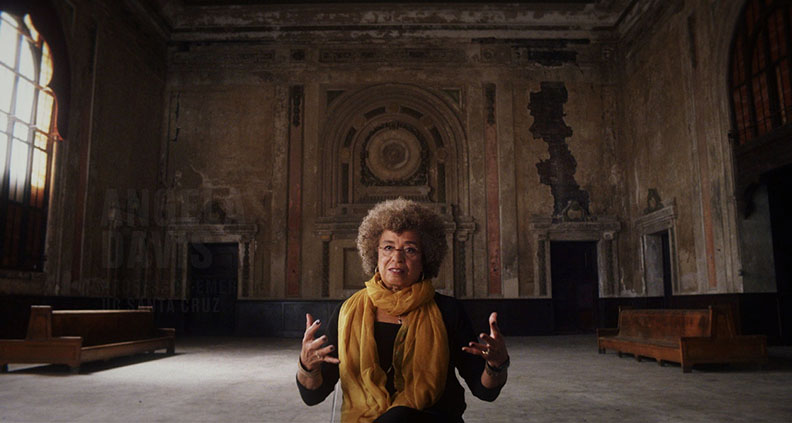 What Critics Say: “13th doesn’t tell you anything you didn’t already know if you’ve been paying attention. Its triumph is to fit the pieces together, to make visible the pattern that was there all along. Hardly anyone looks at it and says, ‘The system is working as designed.’ Hardly anyone says, ‘This is not about criminality, but control.’ DuVernay says it forcefully, explicitly and convincingly. In 13th—the title comes from the constitutional amendment that ended slavery— the director of Selma draws a line from Appomattox through convict leasing, through lynch law, through the Southern strategy, through mass incarceration, through the commodification of black bodies and black misery by private prison entrepreneurs. All the way up to now.” 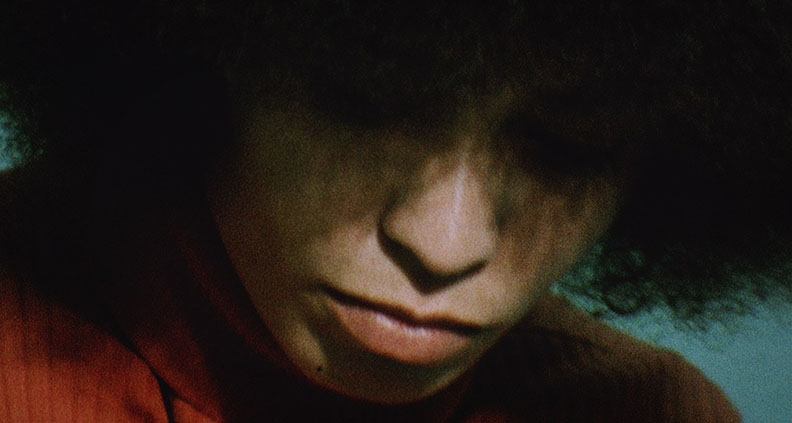 Where You Can Watch: Fubo TV

What Critics Say: “This is a movie that shows us the black experience through European eyes. But the Swedish filter is an important one. Early on we see King Gustav VI warmly receiving Belafonte, Martin Luther Kin, and Coretta Scott King in 1966. They toured Europe to drum up support for civil rights… But this isn’t a work of propaganda or heart tugging. Olsson doesn’t tell us how to feel. He doesn’t have to. His sharing this footage is a moral act whose righteousness can stand on its own. The material obviates the need for an outsider’s commentary. It’s powerful, vivid, inspiring, demoralizing, and damning enough to speak for itself.” 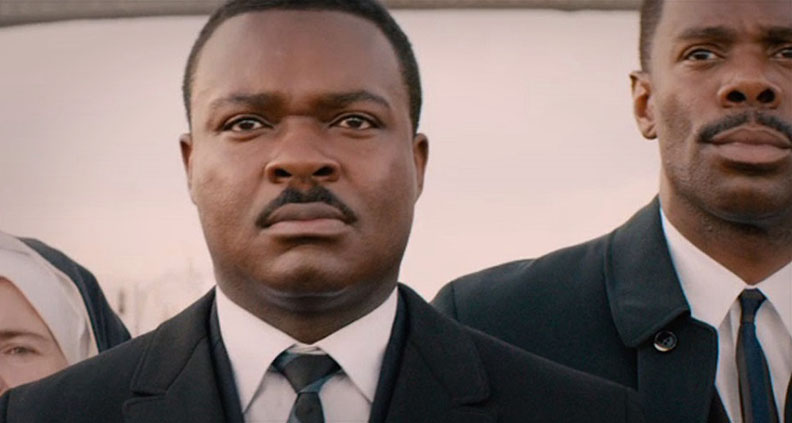 Where You Can Watch: FX Now

What Critics Say: “Selma shows the evolution of change while beaming a spotlight on the stunted growth of that which has not changed. Its timeliness is a spine-chilling reminder that those who do not know their history are doomed to repeat it. Its story provides a blueprint not only of the past, but of the way forward. Dozens of kneeling, peaceful protests fill the screen end to end, and the juxtaposition between the historical depiction on the movie screen and the current images on today’s TV screens does not go unnoticed. This is an emotional movie that aims to anger, sadden, and inspire viewers, sometimes in the same scene. Selma takes no prisoners and, while it welcomes moviegoers of all hues, it has no intention of sugarcoating its horrors for politically correct comforting.” 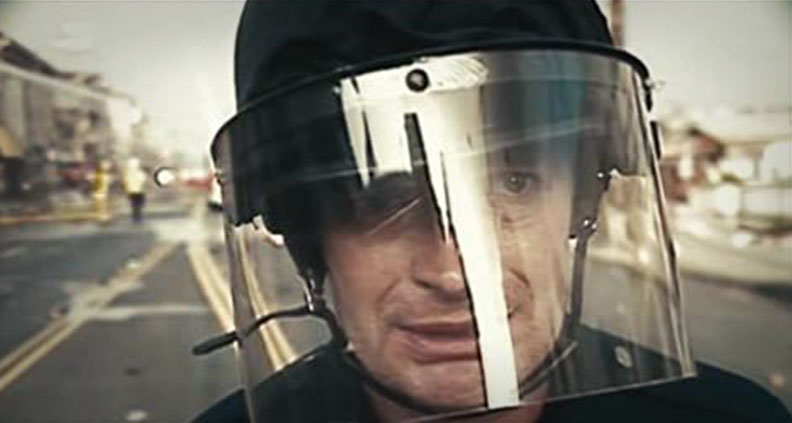 Where You Can Watch: Netflix, Hulu, DIRECTV

What Critics Say: “LA 92 highlights repeated frustrated declarations of injustice, inhumanity and invisibility following the King verdict is seen in the film, coming from not only South Central residents but political leaders like Maxine Waters, who had taken office just a year earlier as U.S. Representative for California’s 43rd congressional district. For the first time in a long while, the Los Angeles landscape in 1992, the frustrations of the people, the fragile Korean and African-American relationship, and police relations are put into perspective—one which still resonates today. While many documentarians feel the need to match images of past events with people and events that are happening right now, directors Daniel Lindsay, T.J. Martin never once include an image of someone like Oscar Grant, Eric Gardner, or any of the many black people who die at the hands of police to this day to emphasize the narrative’s relevance. They don’t need to. We already know.”