It may seem counterintuitive, but in an age when there are literally 1,o00+ films schools nationwide (not to mention countless YouTube tutorials, message boards, blogs and books) that, for beginners, actually getting started filmmaking can seem more daunting than ever. Whereas past generations may have struggled with a lack of resources and information, young creators today are overwhelmed by it. Even film-agnostic civilians who couldn’t tell you Béla Tarr from Bella Hadid are walking around with more filmmaking firepower in their pockets than Ida Lupino had to make any of her classic films of the 1940s and ‘50s.

Happily, there are plenty of young creatives out there willing to share their journeys, warts and all. Take Femme Regard, the upstart production company begun by actors-turned-producing-partners Carolina Alvarez and Tess Markle. Aside from developing a wide slate of projects, the duo’s Femme Regard podcast has popped to become an important and empathetic resource for fresh-faced filmmakers in search of an online community. Part behind-the-scenes production diary, part industry shootaround, part hangout, there’s plenty of stuff to dig into.

We recently spoke to Alvarez and Merkle about Femme Regard, their podcast and what their moviemaking journey has looked like so far. Here’s the convo…

To start, why don’t you tell our readers a little bit about the podcast? How would you describe Femme Regard to someone?

Markle: As independent filmmakers ourselves, we realized when we started producing that there was so much we didn’t know. We thought we were prepared, and then you get on set and realize what you don’t know. We wanted to share our journey and what we’ve learned with other beginner filmmakers, as well as bring on industry professionals as guests to share their knowledge—to educate and inspire, because this is something we wished we had when we were starting out.

Alvarez: A lot of the time there’s a huge gap between when you start a project to when it’s finished. It’s kind of daunting; a lot of the time it’s hard to connect. So we thought it’d be another great way to connect our community with the projects we’re building and really keep them [the community] involved.

I’d love to get a little background on each of you and your adventures in the industry up to the start of Femme Regard.

Markle: I’ve been performing on stage since I was about 10 years old. I did it semi-professionally in Pittsburgh, which is where I’m from. I moved out here to LA about six years ago to pursue acting as a career for film and TV commercials—on camera as well as voiceover. I was in acting class just before I met Carolina, and was really starting to think about creating my own content. That’s what everyone says you’re supposed to do. So that’s when we joined forces for the production company. We wanted to create our own stuff.

Alvarez: I come from a performer’s background, too. I was born in New York and raised in Jersey. I grew up singing, acting and dancing. Because I loved all three I decided to do musical theater, so I did a two-year conservatory program—they had a campus in LA. I figured it was an opportunity to come out to lovely LA. I got into film out here and I couldn’t help but love it. I really wanted to bring all of my talents into filmmaking and express myself. I met Tessa and I really felt like she was someone I could get shit done with. It just kind of happened organically.

Markle: With the podcast we just wanted to share what it’s actually like to be an independent filmmaker starting from the bottom and not really knowing what you’re doing, not having any money and just making it work anyway. We’ve found that a lot of our listeners aren’t even filmmakers. They’re just filmmaking enthusiasts. So it’s really cool for them to see, like: “Oh, this is doable. These girls are taking this on and now they’re professionals.” 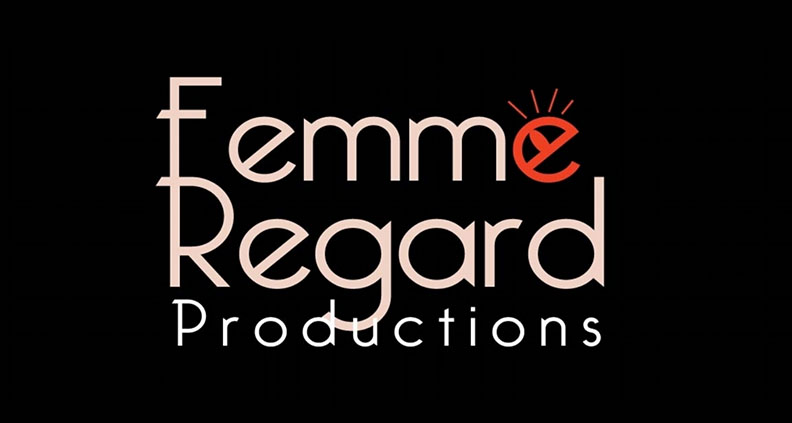 Describe some of your favorite conversations you’ve had on the show. What are some good episodes to start with if people have never heard the show before?

Markle: One episode that stands out as a little different to me, we did a two-part episode with our sound engineer Mike Casentini specifically about podcasting. Since we started this podcast, we’ve had a lot of filmmakers contact us, but we’ve also had people that just want to start a podcast. They’re like: “Hey, how did you do that? Can you talk about that?” So I think it’s a cool place to start if you’re interested in podcasts as well.

Alvarez: I really loved our episode with filmmaker Noam Kroll. We talked about the psychology behind filmmaking, what inspires someone and how they write, edit—their workflow. It was a really great topic. Something really cool that we just recorded was our interview with Katrina Cebreiro—she has a producer role on Noam’s project. It was really cool to get both sides of their stories.

Have you made any connections or have any doors been opened for you because of the podcast?

Markle: Yeah, it’s been a really awesome way to network. For one thing, having a production company somehow just legitimized you. It’s bad that you can’t just say “Oh, I’m a professional actor” and have people take you seriously. Lots of people don’t, there are so many actors here in LA. So to be able to say, “Oh, I’m a filmmaker as well”—that made people pay attention. With the podcast, that adds a whole other layer. It’s a great way to get people to share their story with you as opposed to just, “Oh, I’m a fan of your work, please come tell us more about it.”

What’s next for you? Both your in individual careers and for Femme Regard, as a podcast and also as a production company?

Alvarez: We started with a Western, and we’re turning that [short] into a proof of concept for a larger feature film. We’re also working on another project that’s going to be a modern we’re calling Femme Noir. We want to turn it into a proof of concept to raise more money and make into a feature. In a dream world, I think Tess and I would love to work on some smaller projects like short films and music videos. But we’re both actor-based first, so I know we both really to find opportunities to act. Whether that’s collaborating with other filmmakers, that’s where I think the future is right now.

To learn more about Carolina, Tess and everything they’re working on, be sure to visit Femme Regard’s website.

Making a Rom-com? Forev Filmmakers Share the Secrets of Their...