Far be it for us to endorse the product of one of the world’s largest and most creepily Scandinavian media companies, but aren’t these #spotifywrapped recaps—which have been popping up all over social media this week—kinda, well… fun? After all, it’s a great reminder that music is always there for us as aural nourishment in both good times and bad. For many of us, in fact, our lives can be recalled as a series of cinematic needle drops, certain memories and major events practically inextricable from their concurrently circulating pop music.

It’s no surprise, then, that music so often provides the nucleus for filmmakers seeking to tell highly personal, emotional stories. Particularly stories about healing. Who hasn’t run to their favorite artist, song or playlist for comfort in times of pronounced street, retrenchment or reinvention? And for three great examples of healing stories told through music, look no further.

Guess what? All three of these projects are currently in the process (as always) of being supported by Film Independent Fiscal Sponsorship program. Like so:

The projects are Good Times at Mike Kelso’s, Box of Rain and Quentin Blue. Learn more about the project and how to support below:

About the project: A club-dancing enthusiast grabs life by the ovaries when her disinterested gynecologist delivers news about a threatening diagnosis. Inspired by the filmmaker’s true-life experience of being misdiagnosed with cancer and losing a uterus—ouch!—Good Times at Mike Kelso’s follows the adventures of Carly, an emerging fashion designer living in Soho and faithful clubgoer who never misses an opportunity to take center stage on the dance floor at the local hotspot, Good Times at Mike Kelso’s. After being diagnosed with uterine cancer, Carly’s entire world is turned upside down. Between chemo, radiation treatments and a pending hysterectomy, she slowly loses sight of who she is, along with the loss of her hair. Through laughter, tears and a host of love and support from her friends Carly reclaims her power.

Meet the filmmakers: To learn more about Good Times at Mike Kelso’s and how to support the project, click here. President Barack Obama described filmmaker V.C. Rhones as “a woman of great strength and character” in a letter of commendation. Her life experiences permeate her filmmaking, and she often creates stories that shine a light on women, cultural awareness, and social justice. She founded and directs the Huntington Beach Cultural Cinema Showcase, which highlights films from underrepresented groups. 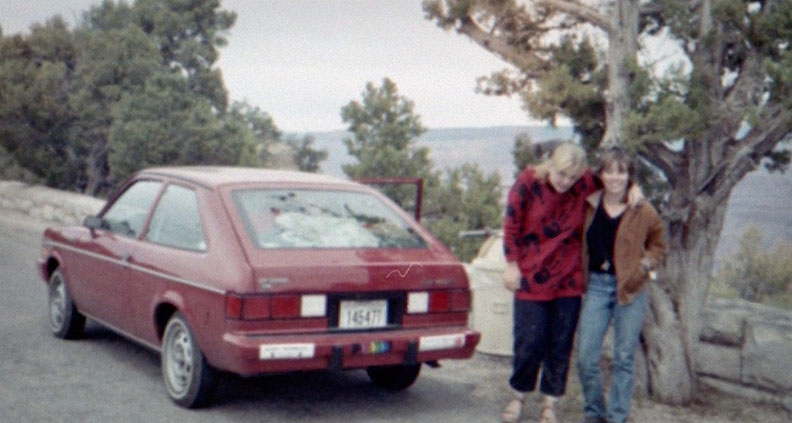 From the filmmaker: “What do you do when you’re 17, suicidal and believe that the only thing the world has to offer you is violence and pain? You get in your car and drive across the United States to go see the Grateful Dead of course—at least that’s what you do if you’re lucky. And without a doubt, I was very lucky. In making this film, I want to situate my story within and alongside the story of this unique and often misunderstood community. I want to show the family that I gained when I found the Deadhead community and tear down the common misconceptions associated with Deadheads. We came from all different walks of life, the only thing we had in common was a love of music and a code of conduct. We respected and cared for one another, for Earth and for our community.”

Meet the filmmaker: To learn more about Box of Rain and how to support the project, click here. Filmmaker and documentary subject Lonnie Frazier has worked in film production in the San Francisco Bay Area for several years and has been fortunate to collaborate with many exceptional artists. She currently serves as Community Outreach Coordinator for several media organizations and is in post-production on Box of Rain, her first documentary. 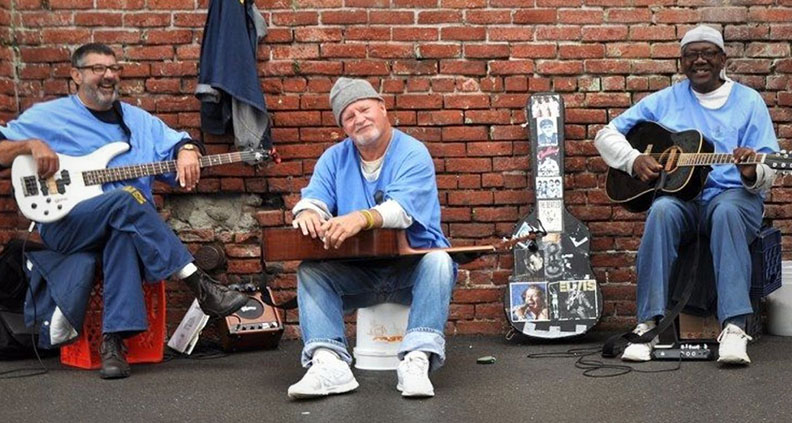 About the project: In 2014 the band Quentin Blue was formed inside of San Quentin State Prison by several men serving life. In 2020, three band members were released and came to the same sober home in Los Angeles, where they have reformed the band and now use music as part of their healing and reintegration into society. They use music to form community and spread positivity as part of their ongoing recoveries and a form of amends for the harm they have done. This documentary explores the power of restorative justice, what real accountability might look like, the healing potential of music and how communities can welcome returned citizens as their neighbors. Positive stories of return from incarceration are badly needed as we forge a path toward a more equitable, inclusive future.

Meet the filmmakers: To learn more about Quentin Blue and how to support the project, click here. Lane Michael Stanley is a filmmaker, playwright and producer, and the founder of Secretly Famous Productions along with Lowell Blank. Their debut feature film Addict Named Hal has shown at Austin Film Festival, Santa Barbara International Film Festival, Dances with Films, Tallgrass Film Festival and Big Bear Film Summit, where it won Best U.S. Narrative Feature. Lowell Blank has 25+ years’ experience as a producer and executive, and is now a co-founder of Secretly Famous Productions along with Stanley.