It’d be an understatement to observe that most of us have spent the vast majority of 2020 worrying about our health—our respiratory health, sure, but also our mental health, which arguably has been endangered more widely and on many more fronts than our lungs. After all, the brain is as fragile as it is unknowable, a vast electrical field embedded in gooey gelatin, bound together in a vellum-thin membrane, densely packed into an organ roughly the size of Chipotle burrito. And brain isn’t just the primary engine for animating the human personality. For storytellers it can also be an amazing source of human drama.

Our brain health can be impacted a variety of different ways; by external forces such as physical injury or chemical re-routing, by internal forces such as the onset of disease or degeneration, or by forces deeply embedded in our genes. Such are the forces at the heart of the three stories highlighted by this month’s Fiscal Spotlight, which all revolve around brains in distress.

This month’s projects include Derek Changes His Mind, Walk With Me and Weak. Keep reading to learn more—including how you can lend your support. 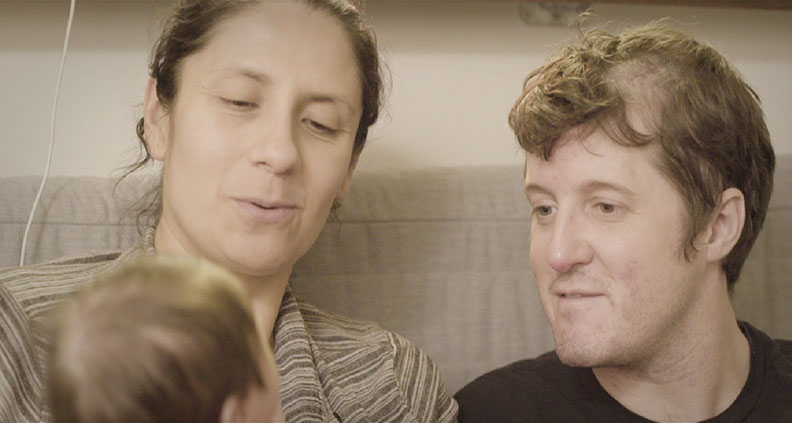 About the project: Filmmaker and Traumatic Brain Injury (TBI) survivor Derek Dabkoski decides to undergo a dangerous and experimental stem cell surgery to hopefully repair an area of his brain severely damaged after a brutal assault. By his side is his wife Nadia, who has lived in the US for 30 years without ever being granted a green card, who is pregnant with the couple’s first child—a daughter named Carmen. Derek Changes His Mind follows Derek and Nadia’s immediate medical challenges as larger systemic issues dictate the way they must spend their days. From their tiny 225-square-foot room above a garage, we root for the stem cells to repair Derek’s mind as we start to understand the family’s daily struggles; Derek’s life as a disabled person, Nadia’s life as a person denied access to the country she lives in (and grew up in) and how a family stuck in these conditions have to fight constantly for the right and the means to live in and raise their newborn child in 21st century America.

Meet the filmmakers: To learn more about Derek Changes His Mind and how to support the project, click here. A native of San Francisco, Derek Dabkoski is an award-winning filmmaker whose films have screened at festivals internationally, including the San Francisco and Vancouver International Film Festivals. While making his undergraduate thesis film in San Francisco in 2006, he was brutally mugged and left for dead, bleeding from his head on the side of the road. Derek survived this attack but suffered brain damage, experiencing a loss of mobility on his left side, seizures and other complications. Despite these challenges, he achieved his MFA in Filmmaking from the University of Southern California’s School of Cinematic Arts in 2017, with the help of his wife Nadia. 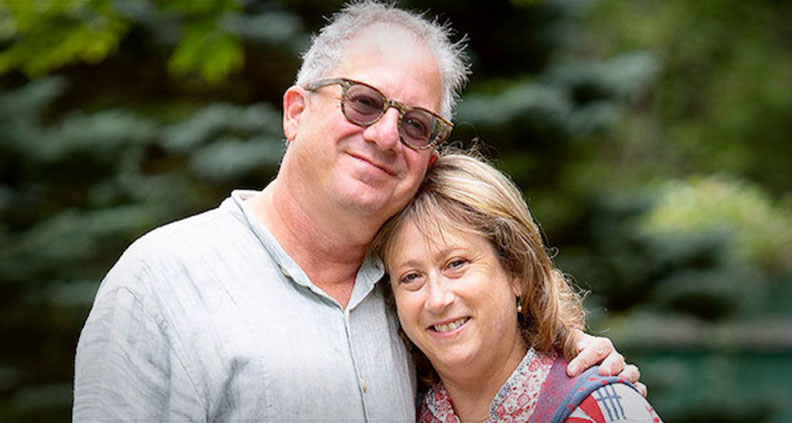 About the project: From filmmaker Heidi Levitt: “Walk With Me will follow my husband Charlie’s journey over the next three years living with early onset Alzheimer’s disease. We will see him as the father, the creative, the husband, the patient and his authentic self as he navigates life with a disease most people are afraid to talk about. Together we will dispel the stigma and shame that comes with this diagnosis. Through the film making, we will show that our personal story is universal. We will focus on living with dementia—Alzheimer’s being the most common form of disease—rather than showing the end-stages more often portrayed in the media. Watching us navigate a vulnerable journey, we hope to dispel the stigma and shame so often associated with dementia, which afflicts 50 million people worldwide. Together we will meet leading doctors, investigate drug trials, travel abroad and adapt to a future neither of us can control. This is not the film I want to make, but it is the film I ­ to make, for Charlie, and for everyone who knows someone affected by dementia.”

Meet the filmmakers: To learn more about Walk With Me and how to support the project, click here. Heidi Levitt is a first-time documentary film director, but she has a long history in the industry, winning four Artios Awards for her work casting feature films and theatre. She has cast a broad array of films, including from the Oscar-winning The Artist, as well as films by directors including Oliver Stone, Wayne Wang, Sally Potter, Wim Wenders, Diego Luna, Mark Ruffalo and Mark Pellington. Co-director Lisa Rinzler is an award-winning cinematographer. Recent projects include Oscar-winning Learning to Skateboard in a War Zone (If You’re a Girl), Sundance Audience Award winner The Infiltrators and Pope Francis: A Man of His Word. 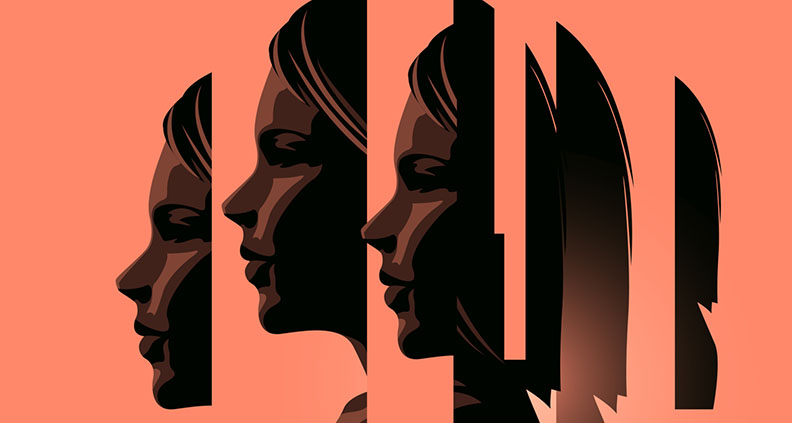 About the project: Weak is a story about two women. Audra is suffering from depression. Her friend Jen tries to help her deal with the mental health issues, offering support and company. Together, they visit a gun range to “let off some steam”—where an unexpected turn of events leads to a surprising revelation. Audra is contemplating hurting herself when Jen, coming over to perk up her friend, visits her. Jen knows just the fix. The next day, Audra and Jen meet at a gun range. Audra’s paired with an instructor. Jen knows what she’s doing. Intercut all of this with flashes of Rogers asking others about the victim—all of who say she didn’t look like someone who could’ve done that. We return to the firing range, as a gunshot goes off. Someone killed themselves. We believe it to be Audra, but it is, in fact, Jen. In flashes, we’ll get context, missing all the telltale signs of Jen’s own struggles: her condescending husband, her distant son, her own sadness. We leave the audience with statistics on suicide, mental health, and the fact that “Asking for help is not weak.”

Meet the filmmakers: To learn more about Weak and how to support the project, click here. J.S. Mayank is British-Indian filmmaker repped by UTA and Ensemble Entertainment. He directed and co-wrote the six-part scripted narrative podcast America 2.0, starring Patrick J. Adams, Kate Walsh, Laurence Fishburne, Steven Weber and many more. He’s currently on a blind deal at Sony Pictures TV to develop an original pilot and previously sold his pilot The Pardoner to UCP/Syfy with producer Vince Gerardis (Game of Thrones). He is developing another feature to write & direct for producer John Wells (ER, West Wing, Shameless) based on an idea by Wells and Damien Chazelle.

(Header: Walk With Me)