Making a documentary is easy—right? You just buy an old handycam off eBay, tape down the “record” button and go follow around, I dunno, some stuff. Then throw a few bucks at an editor you met on Craigslist and voila! Instant Sundance hosannas and seven-figure Netflix streaming deals. Wait, what’s that you say? Making a feature documentary is actually super-difficult? It’s a skill that requires Herculean long-term commitment to one’s subject and an innate sense of dramatic structure, all while navigating the ability to earn trust, cultivate access and depict complicated real-life individuals and scenarios in a responsible way?

Ugh, too hard. We’ll just focus all our energy on TikTok instead. Fortunately, there are plenty of other filmmakers out there whose investigative fortitude far outstrips our own—whose curiosity and sense of adventure prompts them to dive deep into subjects ranging from the immediately relevant to the deeply esoteric and obscure. And at the very least, we’re proud to be able to support these true-blue documentarians, today announcing the 11 new filmmakers participating in the 2020 Film Independent Documentary Lab.

“The visionary filmmakers represented in this year’s Doc Lab take risks to create artful nonfiction storytelling that impacts the broader cultural conversation,” says Film Independent Documentary Programs Manager Lisa Hasko. “We’re thrilled to work with these diverse voices, and look forward to helping them hone their craft and nurture their careers,” she added. 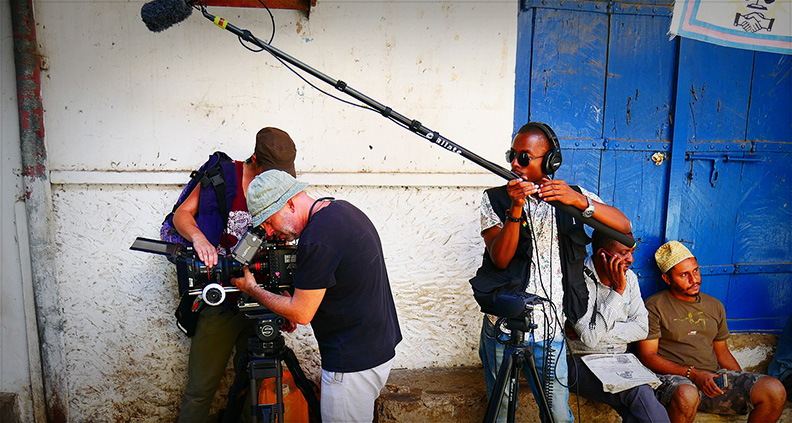 Once again, this year’s Documentary Lab projects span the globe, from the shores of Bangalesh to Central California and everywhere in-between. They are:

So without wasting any more time, let’s see if we can dangle something shiny on the other side of the lens and see if we coax our 11 amazing 2020 Doc Lab Fellows out from behind the camera and into the spotlight, if only for a moment… 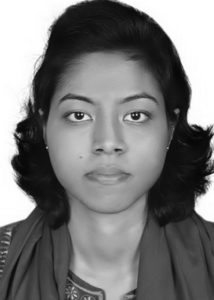 Elizabeth D. Costa is rapidly emerging as one of Bangladesh’s most exciting young directors. Her first feature doc, Bangla Surf Girls, was selected for the Chicken & Egg 2017 Accelerator Lab and successfully pitched in the Deal Makers forum at Hot Docs 2017. Elizabeth was also selected to IDFA academy in 2017. She began her career as a script supervisor with the acclaimed Bangladeshi filmmakers Tareque and Catherine Masud. She has directed and produced TV shows and worked in several short films for a range of media outlets, including BBC Media Action, NOS News, ViceNews UK, Bloomberg TV, and has worked as line producer for Academy awarded, Sharmeen Obaid-Chinoy’s doc A Journey of Thousand Miles. From 2016-2017, Elizabeth worked as communications advisor for UNDP Bangladesh. Elizabeth has MA in Filmmaking. 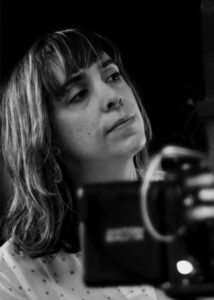 Elizabeth Mirzaei (director, How to Escape from Prison)

Elizabeth Mirzaei is a director and cinematographer of nonfiction films. Her first feature film Laila at the Bridge screened at dozens of festivals and picked up numerous awards. Elizabeth previously lived in Afghanistan, where she directed films for Al Jazeera, the BBC, Discovery and numerous nonprofits. Elizabeth is a fellow of the Moving Picture Institute Cinematography Workshop, where she studied under Nancy Schreiber, ASC, among others. She is currently co-leading a peer-mentoring circle with Women in Film, and is a member of Film Fatales and the Alliance of Women Directors. She lives in California with her husband and daughter. 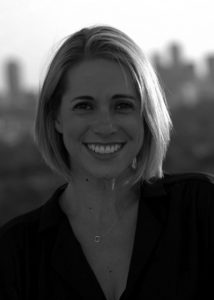 Mikaela Shwer (director, The Kids Are Not Alright)

Mikaela Shwer is an award-winning filmmaker and editor based in Los Angeles. Her feature documentary about undocumented activist Angy Rivera, Don’t Tell Anyone/No Le Digas A Nadie, broadcast on PBS/POV in the fall of 2015, and was honored with the George Foster Peabody Award. She is an Associate of the Investigative Reporting Program Workshop at UC Berkeley and a Logan Nonfiction Fellow. Her career also spans years of working in post-production, working with Blowback Productions and Steeplechase Films in New York and currently Chain Camera Pictures in Los Angeles. 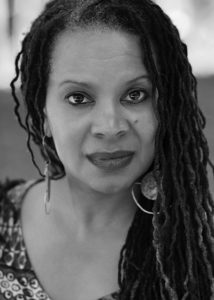 Daresha writes, produces and directs film and television in Spanish and English. In 2018, she was commissioned by the ACLU to direct Texas Strong, which garnered over 3.4 million views online, screened at SXSW, won two Webby Awards and an Emmy for “Outstanding Short Documentary.” In 2017, she co-directed Chavela, an award-winning documentary about iconic singer Chavela Vargas. Currently A Blade of Grass and Film Independent Fellow, she was a member of the Firelight Media Documentary Lab, Chicken & Egg and Creative Capital cohorts. Daresha has produced programming for FX, WE, FUSE, Telemundo and many other networks. 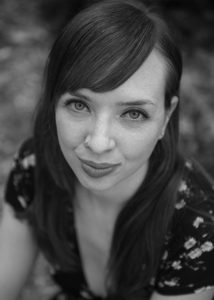 Laura is currently producing Mama Bears and previously served as the associate producer for the documentaries Chavela (2017 Berlinale) and Dispatches from Cleveland (which partnered with Color of Change for the 2016 #VotingWhileBlack digital campaign.) Laura also acted as the NYC production office manager for America, a series of silent, narrative shorts (2019 Sundance Film Festival.) Originally hailing from the world of book publishing, Laura has spent a decade in both the corporate (Simon & Schuster) and nonprofit (Feminist Press) publishing sectors, working on countless New York Times bestsellers, as well as Lambda Literary and Pulitzer Prize-winning works 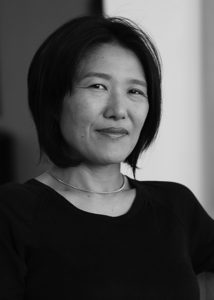 Ann Kaneko is known for her personal films that weave her intimate aesthetic with the complex intricacies of political reality. Kaneko poetically probes the intersection where power impacts the personal. Her films include A Flicker In Eternity, Against the Grain: An Artist’s Survival Guide to Perú, Overstay and 100% Human Hair. Kaneko is an Emmy award winner and has been a Fulbright and Japan Foundation Artist fellow. She graduated with an MFA in directing from UCLA. She teaches Media Studies at Pitzer College and is the artist mentor for Visual Communications’ Armed With a Camera Fellowship. 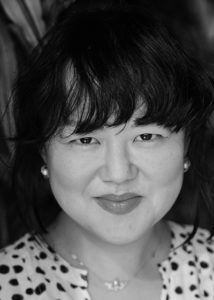 Jin Yoo-Kim is a Korean-Bolivian-American filmmaker. She co-produced A Woman’s Work: The NFL’s Cheerleader Problem, following former NFL cheerleaders suing the NFL for wage theft. She co-produced K-Town ‘92 that revisited the 1992 LA riots/uprising/saigu. Jin served as the Digital Engagement Impact Producer for Waking Dream, a six-episode series on America’s young undocumented community, and was the Impact Producer for Blowin’ Up, that looks inside a human trafficking intervention courtroom in Queens. She was a Firelight Media Impact Producing Fellow, has an MFA in Film from USC, and a BA from Wellesley College. 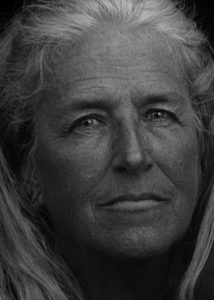 Sara Terry has directed and produced two documentaries,: the award-winning Fambul Tok (2011), supported by Sundance Doc Institute and Chicken and Egg; and FOLK (2013.) She has worked as a story consultant/consulting producer or grant writer on more than a dozen documentaries, including Hao Wu’s People’s Republic of Desire (2018); Kimberly Reed’s Dark Money (2018); Michael Collins’ and Marty Syjuco’s Almost Sunrise (2017); Nanfu Wang’s One Child Nation (2019); Johanna Demetrakas’ Feminists: What Were They Thinking? (2018); Lisa Hepner’s The Human Trial (in production); and Sandra Salas’s Into the Storm (in production.) She is a Guggenheim Fellow in Photography. 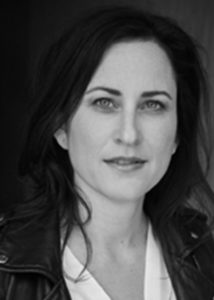 Alysa Nahmias is an award-winning filmmaker and founder of the Los Angeles-based production company Ajna Films. Alysa’s debut feature, Unfinished Spaces, won a 2012 Film Independent Spirit Award, numerous festival prizes, and is in the permanent collection at MoMA, New York. Alysa recently directed and produced The New Bauhaus (2019) and her producing credits include the Emmy-nominated and Sundance award-winning Unrest (2017), directed by Jennifer Brea. Her films have been distributed on platforms such as Netflix, PBS and HBO. Alysa is the lead creative advisor for Film Independent’s Global Media Makers documentary track, and she is a 2019 Sundance Momentum Fellow. 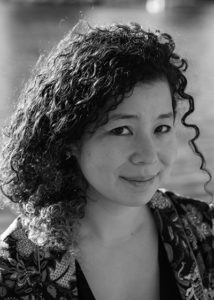 Jessica Kingdon is a Chinese-American filmmaker, named one of “25 New Faces of Independent Film.” Her upcoming feature Untitled PRC Project is supported by organizations including SFFILM, Chicken & Egg, Cinereach, Sundance and Field of Vision. Her award-winning short Commodity City (2017) played at over 50 film festivals. She co-directed It’s Coming! (2020), which is currently playing festivals and Routine Island (2019) which is in The Eyeslicer Season 2. Producer credits include Tania Cypriano’s Born To Be (NYFF 2019), Nathan Truesdell’s The Water Slide (True/False 2018) and Johnny Ma’s Old Stone (Berlinale 2016). She is a Firelight Media Lab fellow.

As a native of Bangladesh, Elizabeth D. Costa will also be receiving the lab’s 2020 Global Media Makers Fellowship, sponsored through a partnership between Film Independent and the U.S. Department of State’s Bureau of Educational and Cultural Affairs, making her travel and participation in the Doc Lab possible.

The Documentary Lab is supported by the National Endowment for the Arts. Film Independent Artist Development promotes unique independent voices by helping filmmakers create and advance new work. To learn how to become a Member of Film Independent, just click here.

Congratulations to all of this year’s Fellows!