In our regular feature Podlight, we take our earbuds out just long enough to go behind the microphone with the voices and creators of the web’s most innovative and enduring film podcasts to find out what makes these shows tick and unpack ideas about the current state of online film discussion.

THE NEXT PICTURE SHOW

When the Pitchfork-produced film blog The Dissolve ceased operations in 2015, I—like many film fans—was incredibly disheartened. In just a few short years, the site had established itself as dependable source of entertaining, edifying and personality-filled film commentary. Since then, the site’s core editorial foursome—Keith Phipps, Genevieve Koski, Tasha Robinson and Scott Tobias—have scattered across the internet to various high-profile writing gigs and media projects. Happily, though not always easily, the team still finds time to continue their collaboration with The Next Picture Show, a double-dose of crack film analysis that every other week compares a newer film to an older title that, in some way, shares some of the newer film’s DNA.

Past episodes have featured pairings both obvious (Tim Burton’s Batman with The Lego Batman Movie) and off-kilter (Get Out with the lesser-seen Wes Craven horror satire The People Under the Stairs). The fun comes in hearing the hosts tease out what these movies’ relationship to one another says about the eras in which they were both made, and what has changed in the time in between—or hasn’t.

We recently spoke to Koski, Phipps, Tobias and Robinson to learn how The Next Picture Show is a continuation of the work they were doing together at The Dissolve, what makes for the idea episode pairing and how being a professional film critic can actually get in the way of doing a podcast. Here’s the conversation: 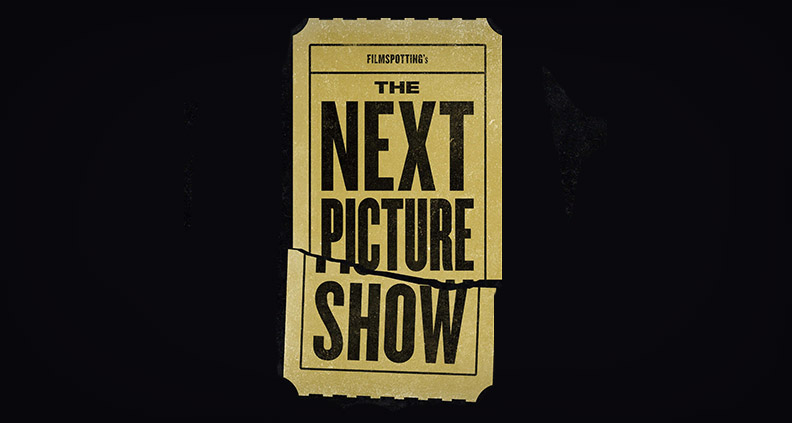 So what is The Next Picture Show and how did it get started?

Tobias: When The Dissolve ended, we knew we wanted to continue in some form and we felt like the form to do it in would be a podcast. It was going to be a thing where we brought a lot of historical context to the table, in a format that was pretty similar to our Movie of the Week—bringing on an old film and a new film that were related to each other in some way.

Robinson: It’s a way of fighting back against where the movie industry is right now. Once a movie has premiered, people mostly stop talking about it. Talking about how older movies look in comparison to newer movies was a way of redefining that conversation. It’s a continuation of the conversation we’ve been having together about movies for 15 years or more.

Koski: We wanted to give ourselves a way to talk about older and obscure films. With The Dissolve gone, there are very few outlets where writers and critics can do that.

Why did you settle on podcasting as the way that all of you could continue to collaborate?

When putting together an episode, what combination of elements makes for the ideal Next Picture Show pairing?

Robinson: Step one is that we like both of the films and that both films are intelligent enough to produce a lot to talk about. There has to be enough going on in the movie that we can enjoy talking about it. We always go in hoping for something great. And then sometimes we end up talking about how it ended up not great. But we never set out to mock or make fun of a film.

What changes have you noticed in the way films are put together now as opposed to how they were the past?

Phipps: That’s a tough question. We’re drawing from so many different films from different eras. There are different ways of making films. One of the pleasures about doing a podcast, particularly when dealing with the older films, is just to try and understand what the context was for the making of that film. So it really changes and allows us to come up with new insights in every episode that are not the same.

What are some pairings you’ve toyed with but which never got off the ground for whatever reason?

Robinson: One we were getting asked to do a lot via Twitter was Split and Unbreakable. One person sent us, like, five tweets in a span of five seconds.

Koski: I know Silence was a victim of the end-of-year crush last year. It was also a victim of Tasha and I not wanting to talk about it. That isn’t often the case, although Tasha was adamant about not covering the new Beauty and the Beast.

Robinson: It’s not like The Next Picture Show bump was going to give it another $100 million. I’d much rather talk about something that needs the voice and advocacy than some blockbuster.

Koski: Sometimes we have a really good idea for a pairing, but there isn’t an easy way for people to see the older film.

What are the logistical difficulties of doing a show like this?

Tobias: There’s just a very narrow time in which we can record. Even though we try to clear everyone’s schedule in order to make that happen, it’s a challenge. It nearly kept this podcast from happening at all. The early stages were just a comical series of mishaps. None of us could get together on anything.

Koski: Another logistical thing we have to take into account is editing. I like to think we all know what we’re all talking about, but it doesn’t always come out of our mouths perfectly polished. We want to put out a professional-sounding podcast that isn’t hard to listen to. So just allowing my assistant producer Colin and myself time to make it sound good is something we have to take into account.

What do you see as the current state of online film discussion? What do we need more of? Less of?

Phipps: I like to think we all do a pretty good job not doing of this, but I see a lot of the same movie news repeated across a lot of different websites without much commentary, insight or flare.

Robinson: I could use less casting news, greenlight news and other news about projects that very often don’t actually occur. That said there’s so much [movie conversation] out there, and so much of it is really intelligent.

Koski: People often know what they want a movie to be before they see it, and they take expectations into a movie that may not be what that movie’s setting out to be. The flipside of that is that it’s also a lot harder to be surprised by movies these days because of that constant pre-discussion around movies.