When 35-year-old astronaut Kalpana Chawla boarded the Space Shuttle Columbia for her first NASA mission in 1997 she instantly became a permanent part of aeronautics history and an Indian national hero, as the first Indian-American woman in space. Five years later, Chawla’s story would end—abruptly, dramatically, tragically—in fatal service to her calling. And while Chawla’s accomplishments are certainly remarkable, they’re but one link in a long chain of aerospace landmarks forged by female scientists, astronauts and engineers.

Such history has only recently begun to be excavated by pop culture, with female astronauts and engineers finally appearing in prominent roles in films as wide-ranging as period piece Hidden Figures (2016) and the sci-fi drama The Martian (2015). Now, Kalpana Chawla’s life is the subject of a new feature currently in development from producer and 2019 Film Independent/Sloan Foundation Fast Track Fellow Rahul Chittella titled, simply, Kalpana. Applications for Fast Track 2021 are currently still open—click here for more details on how to apply.

Next week, Tuesday, August 3, Chittella and collaborator Guneet Monga will be on hand to discuss all things Kalpana, alongside Sloan Episodic Grant recipient and Liftoff writer Katherine Ruppe and a panel of actual NASA scientists and engineers for our inaugural Sloan Salon—presented in partnership with the Alfred P. Sloan Foundation. 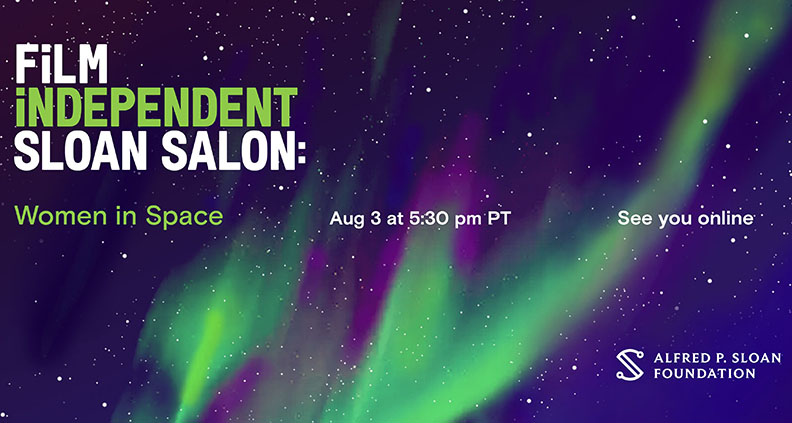 These women, working at the forefront of the most innovative technologies, will discuss the importance of telling inspiring, scientifically accurate stories. It will be an event, dare we say, truly out of this world.

In the meantime, we caught up with Chittella to the origin and evolution of his Kalpana biopic, Kalpana Chawla’s significance culturally and historically, the intersection of art and science, Fast Track and a whole lot more.

What was your scientific background before you began to develop a film based on the life of Kalpana Chawla? Is science/aerospace anything you’d studied before, or was it completely new?

Chittella: Being born into a family of engineers in India, it was inevitable for me too to pursue engineering as a familial tradition before foraying into filmmaking myself. With films and stories, one has the unique opportunity to explore unfamiliar worlds, make it your own and create something special. But in this case, since the backdrop was recognisable, it made it all the more exciting to focus on the emotional and inspiring life that Kalpana Chawla lived.

When did you first hear about Kalpana Chawla and her story? What drew you to this narrative and what made you decide that this was something you wanted to pursue as a feature film project?

Chittella: Kalpana is a hero for every Indian. She has a Gandhi-esque inspiring quality where she compels you to dream limitlessly, even today. While we of course grew up hearing stories of her achievements, I realised there was so much more to this one-of-a-kind journey that remains untold of a young girl took from a. Small town in Punjab, India to America to eventually space—a journey nobody has taken ever since. 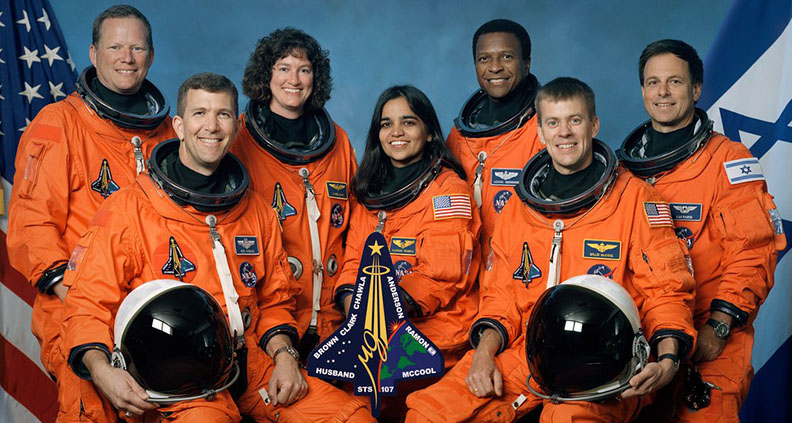 What were your main research sources in terms of depicting NASA? What is the most remarkable thing you learned that you didn’t know before, either about space travel or Kalpana herself?

Chittella: Science itself is so vast a subject that allows you to explore the unknown with eventual reasoning. Its always fascinating to study the minds of people who commit themselves as real students of science and therefore life. Thanks to Kalpana’s husband, Jean-Pierre Harrison (JP), we’ve had the opportunity to talk to various colleagues of Kalpana’s at NASA and understand the life of an astronaut much more than what one would imagine. We’re looking forward to creating something unique and yet intimate and personal so every person from any part of the world continues to lean to endless imagination (which is the meaning of Kalpana’s too).

Chittella: Film Independent is a very important platform for independent filmmakers mounting projects that are outside of the traditional. Spread across three rigorous days, Film Independent’s Fast Track in particular allows a one-on-one interaction with various studio and independent executives, which help you to explore partnerships not just for your current project but also the upcoming ones. We met the Film Independent team in Mumbai, who told us about Fast Track and thereafter invited us to present and pitch Kalpana to over 60 executives, who are now also very close friends.

Can you describe what the experience of participating in Fast Track was like? Did you learn anything about your pitch or make any connections you feel were valuable to the making of Kalpana?

Chittella: Many! And most importantly, its just assuring to know (or be reminded) that you’re not alone. It’s important to meet and understand what’s happening in various parts of the globe especially now when the world is becoming a much smaller place. It is very helpful to meet likeminded filmmakers and executives with whom I continue to share a special friendship as we walk in solidarity.

In what ways, in your opinion, is filmmaking similar to science or engineering?

Chittella: Science is about exploring the unknown and Engineering helps conclude the unknown with reason. Filmmaking is similar in its spirit as it allows us to bring to life what would’ve possibly started as just a thought or an idea in some mind.