We all know that writers and directors—even editors!—tend to suck up a lot of the credit when it comes to identifying the key creative voice behind any particular piece of narrative filmmaking. But for (nerdy) metaphor’s sake, let’s imagine that each individual film project is like a game of Dungeons & Dragons. Sure: each warlock, ranger or paladin may have their own specific skillset and set of tasks to perform. But there’s typically only one all-powerful Dungeon Master holding everything together who sees the entire board and has a disproportionate ability to shape the larger collaboration and experience into something meaningful.

And seeing as the players’ manual definition of the DM is “the organizer and participant in charge of creating the details and challenges of an adventure while maintaining a realistic continuity of the game,” what better analogue in the film world is there, really, other than the Creative Producer? Tasked not merely with making a director’s harebrained ideas a practical reality, but also with managing a project’s progression and creating the framework to support it.

But while producers spend all of their time on set supporting other creatives—and most every waking moment away from it—too rarely do the producers themselves receive proper support to develop their professional skills and strategically career-build. Enter the Producing Lab.

This year’s Producing Lab projects are as wide-ranging—thematically, tonally and aesthetically—as the colorful careers of the Fellows themselves. They are:

So! Now that we know what films our producers will be sending approximately one million billion emails on behalf of over the next few years, let’s meet the Fellows themselves: 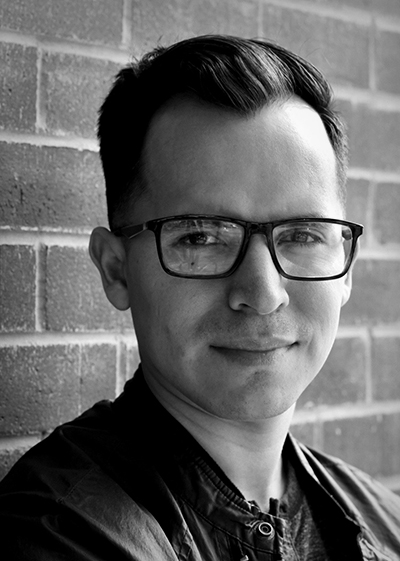 Diego Najera is a Mexican producer with experience in development, finance and curation. His award-winning projects have screened at Berlinale, SXSW, FICG, FICViña, Miami FF and on HBO. With an MFA from USC’s Peter Stark Producing Program, Diego is an International Artist Fellow (USC), Film Independent Project Involve Fellow and a PGA Debra Hill Fellow (PGA). He worked as Producer and Programmer for the Guadalajara Film Festival and co-founded the Latin Tracking Board to advance Latinx executives in the industry. Diego works at AG Capital and is producing Bolichicos, by Juan Avella—winner of the TFI Sloan Grant from the Tribeca Film Institute and the Sloan Foundation. 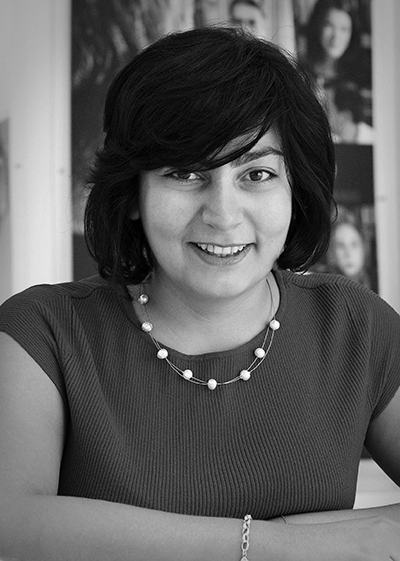 Myriam Sassine majored in audiovisual studies and received a MA in cinema research. In 2010 she joined Abbout Productions to produce several features and documentaries—including Tramontane by Vatche Boulghourjian (Cannes Critic’s Week, 2016), All This Victory by Ahmad Ghossein (Venice Critic’s Week, 2019), 1982 by Oualid Mouaness (TIFF, 2019), Panoptic by Rana Eid (Locarno, 2017) and Amal by Mohamed Siam (Idfa, 2017.) Since 2016 Myriam has been the COO of Schortcut Films, dedicated to co-producing international films, as well as the Executive Director of Maskoon Fantastic Film Festival, which she co-founded. 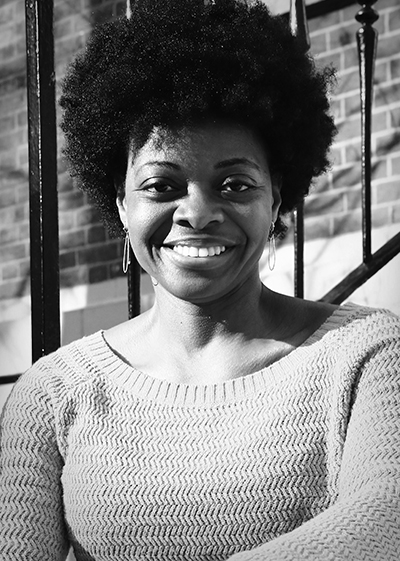 Huriyyah Muhammad is a writer, director and producer whose projects have been invited to the Sundance Film Institute, Tribeca Film Institute, Austin Film Festival, New Voices in Black Cinema, IFP Film Week, African Film Festival and the American Black Film Festival. She is a 2018 Sundance Creative Producing Fellow, as well as the co-founder of Black TV & Film Collective—a 1,300-member nonprofit dedicated to developing and supporting emerging artists. Muhammad holds a BS in Computer Science from Spelman College and an MBA from NYU. 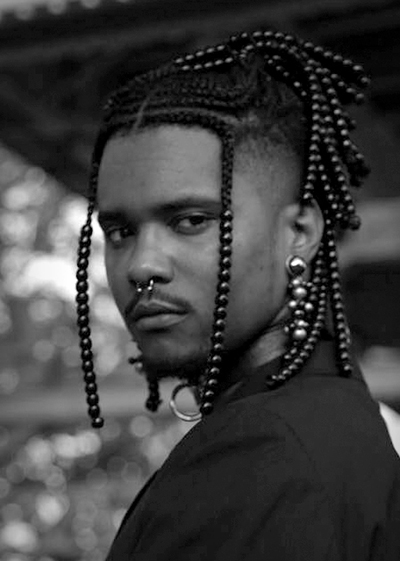 Producer/costume designer Chester Algernal Gordon was the first male African-American costume designer to compete at the Cannes Film Festival, for his work on Danielle Lessovitz’s Port Authority, produced by Martin Scorsese. Gordon was also a winner of the Tribeca Film Institute’s 2019 TFI All Access Grant, and his films have played in 200+ festivals—including Cannes, Sundance, SXSW, BFI, Outfest and the American Black Film Festival. He is also a producer for the GLAAD-nominated documentary TV series My House, currently airing on Viceland. 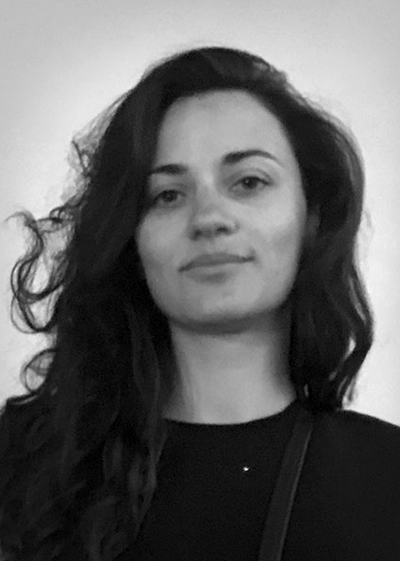 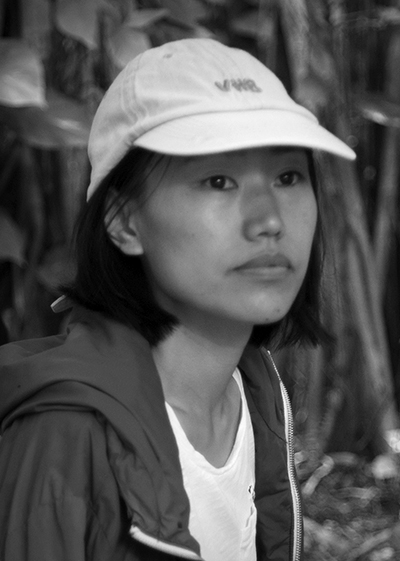 Sarah S. Kim (producer, I Was a Simple Man)

Sarah S. Kim is a creative producer based in New York. She produced the critically acclaimed film August at Akiko’s, directed by Christopher Makoto Yogi, which premiered at Rotterdam and released by Factory25. She’s currently in post on I Was a Simple Man, which has been supported by the Sundance Labs and Sundance Catalyst, Film Independent, IFP and the Jerome Foundation. She’s produced several international co-productions including a North Korean film called The Other Side of the Mountain, which is in the National Korean Film Archive. She also cofounded the distribution initiative Sentient Art Film. 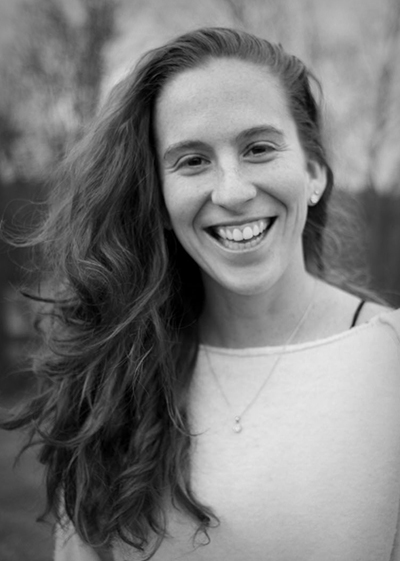 Camila Zavala is a Peruvian writer and producer based in Los Angeles with an MFA from Columbia University. Camila’s work spans fiction, TV, branded content and theatre. As a producer, she has been honored to win several awards and has been selected to screen at festivals, such as the Tribeca Film Festival, Palm Springs International Shortfest and Telluride Film Festival. Her last film, The Catch, which she wrote and produced, received the Katherina Otto-Bernstein Production Grant and the Bertha Tamayo Grant during the production stage, and was awarded the Richard Brick Fund for special distinction in Producing.

Additionally, Camilia Zavala will receive a $30,000 Sloan Producers Grant to further develop her Producing Lab project, Malpelo. This grant is awarded to projects exploring scientific or technological themes or characters in engaging and innovative ways. “I’m sincerely grateful to have the Alfred P. Sloan Foundation’s support,” said Zavala, whose film addresses “global issues such as the illegal wildlife trade and poaching,” adding: “Thanks to the Alfred P. Sloan Foundation, we will be able to portray this vital work with precision.”

Also, Lebanese filmmaker Myriam Sassine will receive a Global Media Makers Fellowship making her travel and participation in the Lab possible. Global Media Makers is an exchange program sponsored through a partnership between Film Independent and the U.S. Department of State’s Bureau of Educational and Cultural Affairs.

The 2019 Producing Lab is supported by the Academy of Motion Picture Arts and Sciences. Additional funding is provided by the Alfred P. Sloan Foundation.