Election Day in the US is coming—November 3, 2020. And whichever way it goes (gulp!) Tuesday is guaranteed to be a landmark day in the history of human civilization. We’re not being hyperbolic; the stakes are that high (make sure you know how to vote and how to fight for your vote.) And while we would normally recommend movies as a balm for troubled times or a pleasant distraction, the fact is that for the next little while its going to be pretty hard to concentrate on anything else. So why even try to think about film separate from politics?

In this moth’s Fiscal Spotlight column, we’re specifically taking a look at three issue-oriented projects about topics inextricable from our current socio-political reality: voting rights, immigration and prison reform. Existing at the intersection of art and activism, films like these are a critical part of the ongoing conversation keeping our fragile democracy afloat.

And, as always, the projects are taking advantage of Film Independent’s 501(c)3 nonprofit status to obtain institutional grants and tax-deductible donations via Fiscal Sponsorship:

This month’s projects include Stronger Than The Bullet, The Golden Cage and The Bond. Keep reading to learn more—including how you can lend them your support.

STRONGER THAN THE BULLET 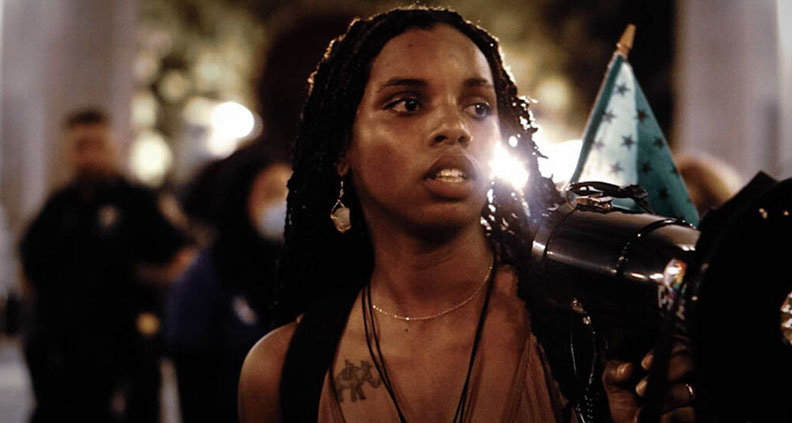 About the project: Stronger Than The Bullet is a non-partisan documentary following three generations of women—in three states—as they fight for voting rights during the 2020 Election. Embedded, we witness the inspiring stories of communities struggling for representation in an election year where not only democracy itself is on the line—but where people may literally be dying to vote. Each generation has a timeless tale to tell, revealing a hard truth: we have been here before. With demonstrators for racial justice in our streets, with over 200,000 souls lost to a pandemic, and with Mother Earth under attack from climate change, this is indeed a high-stakes moment. Every adult has the right to a vote, but legalized voter suppression prevents equal access to the franchise. So who’s fighting back? The women! Just like they did 100 years ago, when a diverse group of women achieved the 19th Amendment, women are standing up to make sure their community’s voices get counted.

Meet the filmmakers: To learn more about Stronger Than The Bullet and how to support the project, click here. An award-winning producer/director, Gilda Ann Brasch tells tales of underdog heroes. For Oprah Winfrey’s ABC primetime special Building A Dream, Brasch led the team to produce and direct the acclaimed documentary on The Oprah Winfrey Leadership Academy in South Africa. Inspired after meeting Nelson Mandela, Gilda founded VUSI Filmworks to focus on filmmaking for social change. VUSI’s award-winning short, Let My People Vote, was featured by the American Film Institute, NBC’s Meet The Press, and has screened at Google, support by the Levi Strauss Foundation. 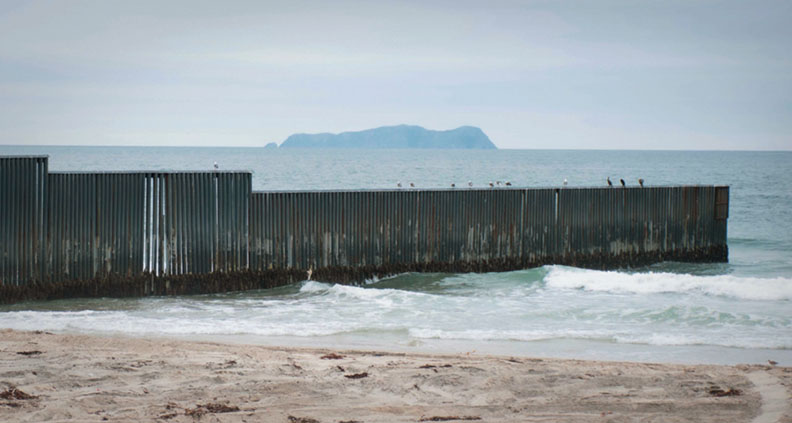 About the project: A mother and son drive towards opposite sides of the Mexico-US border wall to reunite after decades apart. Santiago lives with his family in California after emigrating from Mexico many years ago. One day, he gets in his car and starts to make a trip South—his destination unclear. As an undocumented immigrant, the drive can be risky, and we watch Santiago as he nervously navigates the journey. At the same time, Elena, an older woman living in Mexico, begins to pack her things for a journey North, embarking on a long bus ride to Tijuana. Santiago and Elena, mother and son, reunite at the beach on opposite sides of the Mexico-US border where the wall stretches out into the ocean to share an afternoon together before each returns to their separate lives in their respective countries.

Meet the filmmakers: To learn more about The Golden Cage and how to support the project, click here. Director/writer Francisco Lopez is a recent UC Santa Barbara film graduate. In his time at UCSB, he served as head editor for numerous projects, several of which played at festivals. He also works as a freelance editor and has done promotional videos for several startups. Mitchka Saberi (producer/writer) is a recent UC Santa Barbara film graduate who spent her time at university producing and assistant directing several projects, including Mother of Chernobyl, which was selected to play at several festivals around the country and worldwide. Mitchka won several awards for the film, including Best Student Film at Swindon Independent Film Festival and the Hollywood Filmmaker Awards. 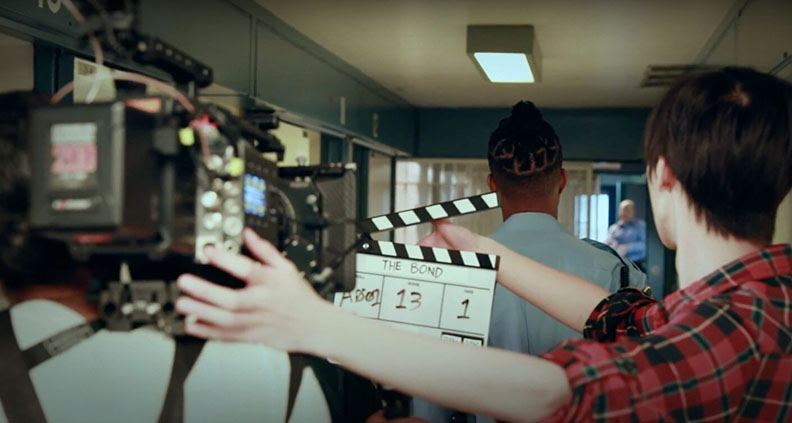 About the project: When an incarcerated pregnant woman goes into labor she must fight to stay connected to her baby in a system built to keep them apart. Through the window of a nursery, Aria—a woman with bright hopeful eyes— watches a diverse group of mothers and babies play. The women are incarcerated. Aria’s own jumpsuit stretches over her large pregnant belly. Later that night in the loud and chaotic prison, Aria confronts Cece her drug dealing cellmate. Their argument ends in mutual threats. Later that night, Aria wakes to find that her water has broken. At the hospital, Aria is shackled to a bed, her left wrist cuffed to the frame, ankles attached to opposite ends of the bed. As Aria’s labor progresses and inhumane conditions worsen, she strives to protect her connection to her unborn child. Based on a true story, this character-driven drama sheds light on a growing yet often invisible demographic: incarcerated pregnant women.

Meet the filmmakers: To learn more about The Bond and how to support the project, click here. Writer/directorJahmil Eady earned her BA in Media Studies from Pomona College and studied film at the Prague Film School in Czech Republic. She has been a documentary associate producer on projects for Oprah Winfrey Network, Viceland and Discovery Networks. She wrote and directed Heartland (2020) and The Bond (In Post). Jahmil’s fellowships and awards include the New York Times Scholarship, Jackie Robinson Foundation Scholarship, Teri Schwartz Family and Friends Scholarship and Four Sisters Scholarship. Jahmil is an MFA Directing candidate at UCLA.

(Header: Stronger Than The Bullet)

Fiscal Spotlight: Escaping to (and from) America with Three Immigrant...