It wasn’t that long ago, but it’s hard to imagine now what human beings did to pass the time before podcasts. There you’d be, sitting in your car, at the total mercy of four or five CDs you had within reach or (even worse) whatever non-hypertargeted content just so happened to be on the radio. And trust us: it was awful. But podcasts are more than just a mindless distraction during long work commutes, bus rides or gym workouts. They can also help inform, educate and enrich—particularly if you’re a fan of movies and pop culture.

We’ve written a lot about our favorite film podcasts before, both in a previous Must-List and as part of our ongoing Podlight interview series. But that’s the great thing about online film discussion. There’s always so much more of it. So as long as there are new movies being made, there will be excitable panels of opinionated geeks with microphones and mixing boards to talk about them—often at odd angles or a specialized focus targeted at a niche audience.

This week, we asked our Film Independent staffers to wipe the earwax out of their Apple AirPods and share what podcasts they’ve been listening to. So flex those thumbs and get ready to start downloading! 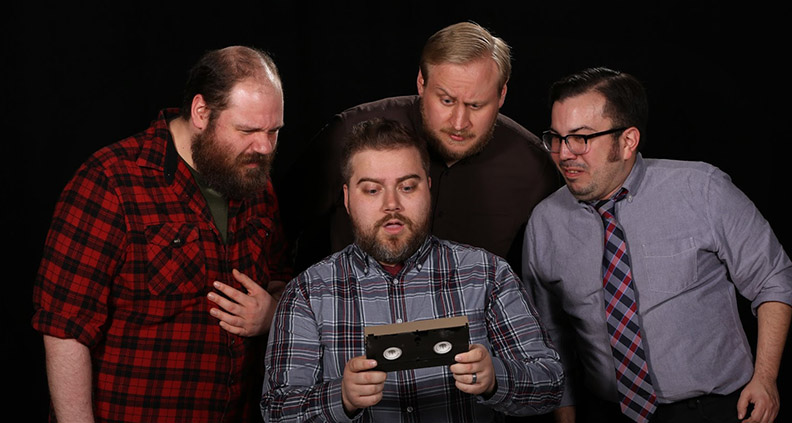 In We Hate Movies, four guys who “thought watching movies as a college education wasn’t a waste of time” delve into movies 10 years or more older to talk about what makes them downright terrible. Hosted by comedians Andrew Jupin, Stephen Sajdak, Eric Szyszka and Chris Cabin, the first episode I listened to was My Best Friend’s Wedding. But even as a big fan of that movie, I’ve never laughed as hard watching it as I did listening to these guys making fun of it. Sometimes they even motivated me to watch these “terrible” movies just so I can listen to them mock and bicker with each other through hours of mindless-yet-hilarious conversation (it even makes LA traffic bearable!). They currently have close to 300 episodes, with new episodes released every Tuesday—so you’re bound to find one you can relate to! 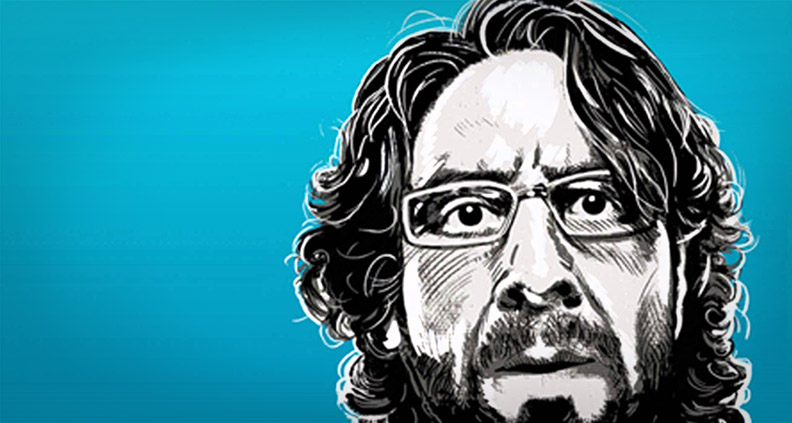 I’ve listened to a lot of podcasts in my day and WTF is hands-down my favorite. It isn’t necessarily a film podcast, but Maron has plenty of actors and directors on as guests. I’m hypersensitive to hosts who interrupt—I’m looking at you Alec Baldwin!—and I find Maron to be an excellent listener and conversationalist. In addition, he’s good at getting the conversation back on track after a tangent. Pro tip: fast-forward the first 10-ish minutes to avoid his opening rant and get straight to the interview. 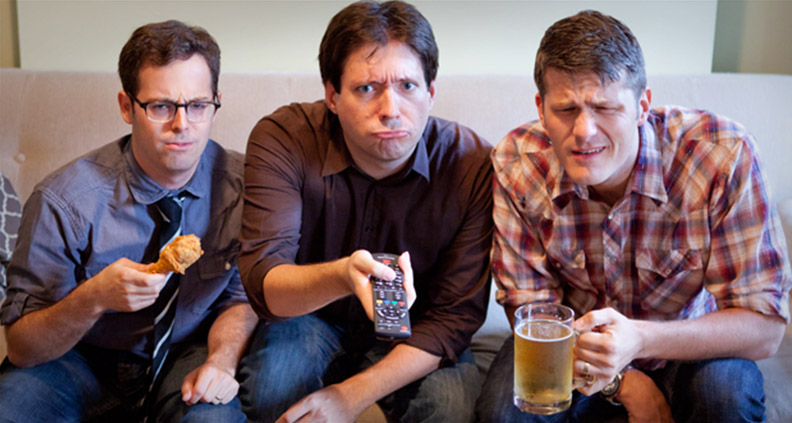 While there are plenty of bad movie podcasts out there (there’s even another one on this list!) but my preferred dose of cinematic schadenfreude comes courtesy of The Flop House, released bimonthly on alternating Saturdays. Hosted by longtime pals Dan McCoy, Elliott Kalan and Stuart Wellington, the show is an anarchic concoction of high absurdity mixed with thoughtful analysis of recent Hollywood failures—from big-budget misfires like Independence Day: Resurgence to under-the-radar oddities like Max Magician and the Legend of the Rings.

McCoy and Kalan are both Emmy-winning comedy writers (The Daily Show) but are matched goof-for-goof by Wellington, an entertainment industry civilian and bar owner. Together, the three weave together a dense tapestry of obscure references, nonsensical wordplay, running jokes and an imaginary “original party dude” housecat mascot—ruh row! Check it out. 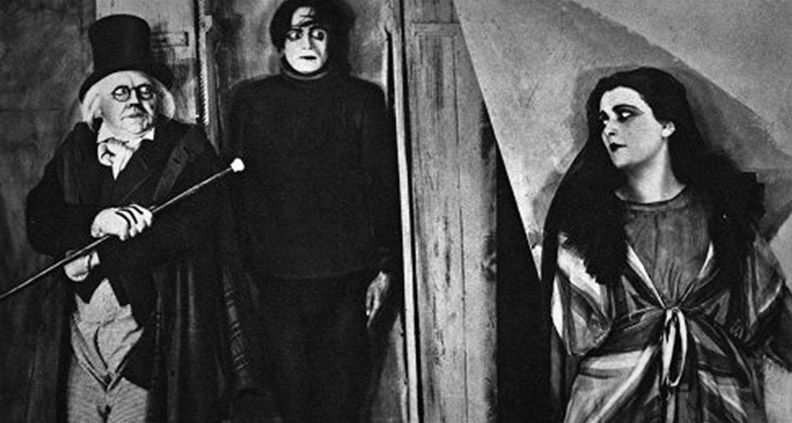 The Classic Horror Cast pretty much delivers just what it says on the tin: critical and historical analysis of the canon of great horror films. Hosted by Kyle Anderson (a writer and editor for Nerdist.com), Erik Stadnik and Sean Homrig, each episode delves deep into a single title to try and figure out why the film works (or doesn’t, in some cases) and place it into context within the evolution of the much-maligned genre, from silent-era classics like The Cabinet of Dr. Caligari to more recent horror hits like Scream.

And as happens in all good movie-nerd conversations, the hosts bring just the right balance of fannish enthusiasm, skepticism and rational perspective to their conversations, which are always funny and engaging. My only complaint is that show comes out just once a month, popping up seemingly at random in my iTunes feed whenever there’s a new episode as if to say “boo!” Utterly terrifying. (Matt Warren) 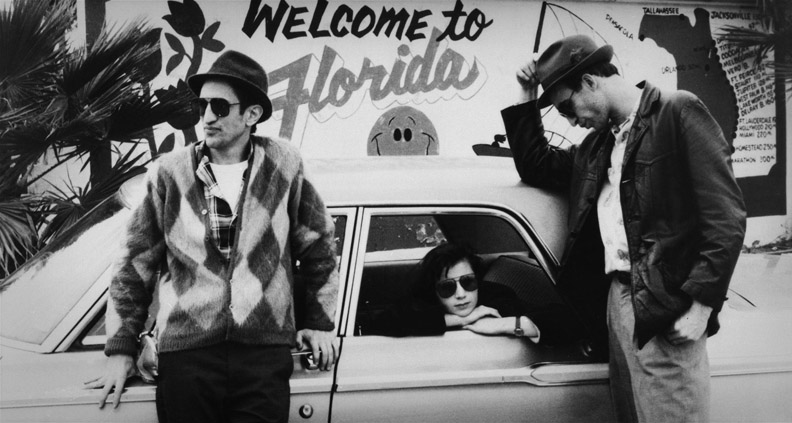 THE NEXT PICTURE SHOW

How many times have you watched a new movie and thought to yourself, “Gee, this reminds me a lot of such-and-such?” Taking as its premise the idea that all films exist as part of the same cinematic continuum, The Next Picture Show compares and contrasts newer releases with older classics in attempt to unpack each paring’s shared DNA. Two episodes appear every other week; in the first, hosts Tasha Robinson, Keith Phipps, Genevieve Koski and Scott Tobias (all late of the dearly-departed film blog The Dissolve) take a look at an older title with some sort of relevant connection—themes, plot elements, filmmaker—to a new film coming out that week. In the second, the newer film takes center stage as the hosts try to see how it stacks up to its antecedent.

Pairings have included My Own Private Idaho and American Honey, Alien and Life and Jim Jarmusch’s Stranger than Paradise and Patterson. If you’re looking to round out your knowledge of film history, this is a great place to start. (Matt Warren)

So let us know. What film podcasts keep you sane during those hours on the drive, at work or when doing errands? Let us know in the comments, or share your picks with us on Facebook and Twitter.

Truth In Nonfiction: Examining the Impact of 6 Famous Political...