If you’re like us, this time a week ago you were probably tucking into your one-millionth schooner of jittery cold brew since Tuesday morning, refreshing FiveThirtyEight.com so often that your clicker-finger had swelled to roughly the size of a 7-Eleven Big Bite. What a difference seven days make. As the weekend eventually descended and the results of the 2020 US Presidential Election shifted into focus, many Americans (75 million of them) stared—finally—to breath.

And regardless of your political opinions, which candidate you voted for or your current level of surprise, disappointment, denial or elation, it’s fair to say that 2020 taught us all a lot about the American political system. And hopefully, the unprecedented level of engagement that 2020 boasted continues as voters of all demographics continue impose their will on government and keep holding their representatives accountable—we all want and need to know more. And sure, there are civics classes, online explainers and the news… but we like movies.

So, in recognition of a landmark week in American government, here are 12 of our favorite—and most eye-opening—political documentaries of all-time, many of which are also Film Independent Spirit Awards nominees and winners: 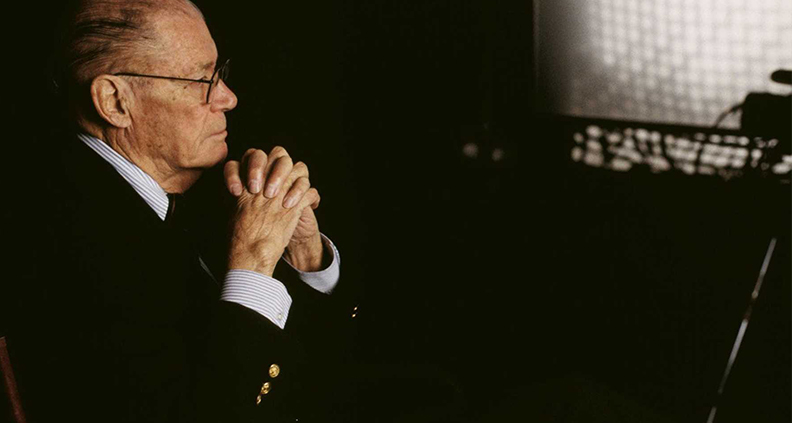 Why We Love It: Subtitled “Eleven Lessons from the Life of Robert S. McNamara,” Errol Morris’s feature-length 2003 debriefing of the former U.S. Secretary of Defense—often called the “architect of the Vietnam War”—was shocking for its candid insight into the thought-process of one of the 20th century’s most influential political administrators. McNamara’s (who died in 2009) lessons range from “empathize with your enemy” to “belief and seeing are both often wrong” and are chilling in both their pragmatism and impact.

Where to Watch: Amazon (rental) 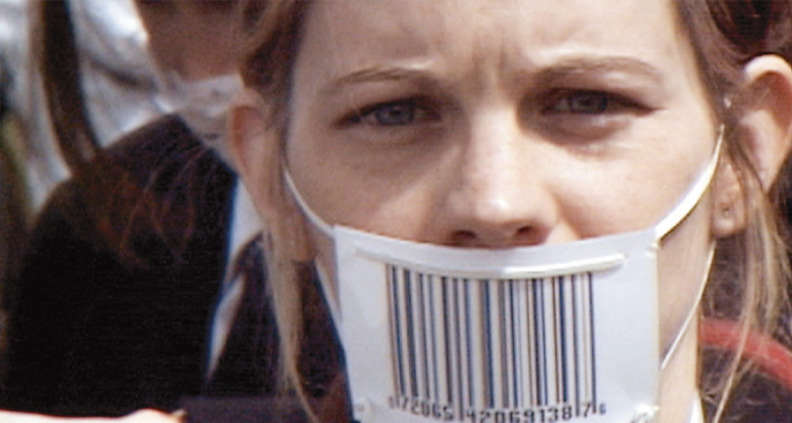 Why We Love It: The gimmick of Achbar and Abbott’s 2003 documentary (really more of a 145-minute video essay) is both chilling and brilliant: if a corporation is indeed “person” with rights—as the US Supreme Court designated them to be in a 1886 court case—then what kind of person is it? The answer, unsurprisingly, is a sociopathic one. Offering a critical close-read of what it means to grant large, often multinational business the same protections as private citizens, The Corporation is a scary portrait of toxic late-stage Capitalism.

Where to Watch: Amazon (rental) 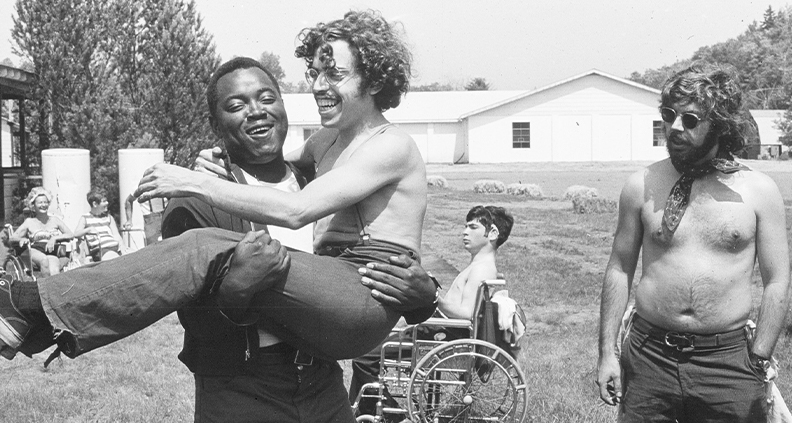 Why We Love It: Currently streaming on Netflix, Crip Camp starts off as a nostalgia-soaked, feel-good chronicle of upstate New York’s landmark Camp Jened, which from 1951 to 1977 offered a safe haven for young adults with disabilities to meet each other enjoy all the offerings of a standard sleepaway camps: lively activities, spirited discussions, pranks, budding romance and more. But once the campers disperse back into the able-bodied world, Crimp Camp reveals itself to be a larger and more seminal chronicle of the Disabled Rights Movement in America, as seen largely through the efforts of advocate Judith Heumann. Register to watch our November 13 Q&A with the filmmakers here. 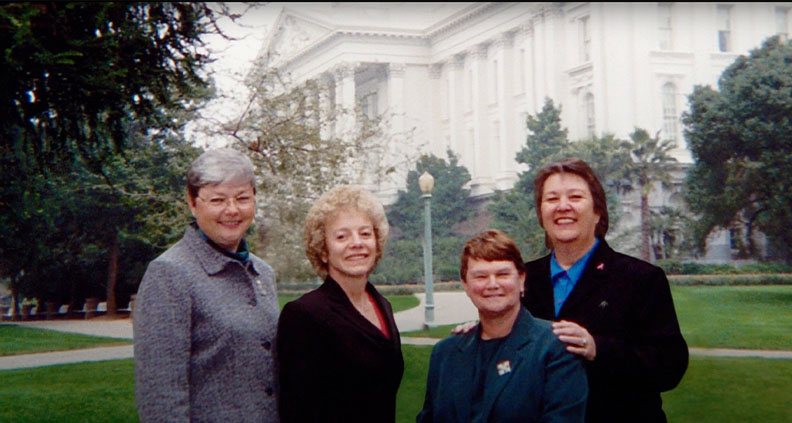 Why We Love It: Premiering at the 2016 LA Film Festival, Political Animals tells the story of one of the 21st century’s biggest Civil Rights struggles—the Gay Rights Movement—through the eyes of four elected officials: Carol Migden, Sheila Kuehl, Christine Kehoe and Jackie Goldberg. The film follows these four pioneering gay women as they fight for equal protection under the law for their LGBTQ constituents, taking the fight from the streets to the halls of government. Watch our 2016 Festival interview with filmmakers Wares and Markowitz here. 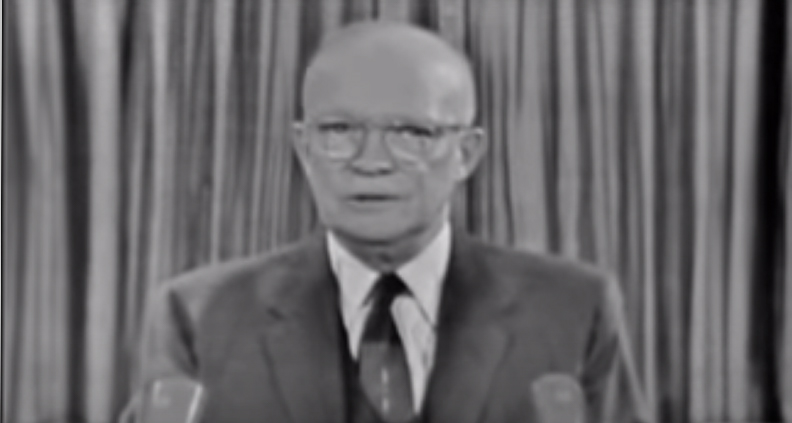 Why We Love It: A sprawling historical account of what we’ve come to recognize as the Military-Industrial Complex, Why We Fight uses Dwight D. Eisenhower’s famous 1961 farewell address to the nation as its central text, in which Ike warned Americans of the creeping influence of defense contractors on American government—and especially foreign policy. “The potential for the disastrous rise of misplaced power exists and will persist,” he cautioned. Released at the height of the George W. Bush administration—itself inextricable from its relationship to companies such as Halliburton—the film still remains relevant. 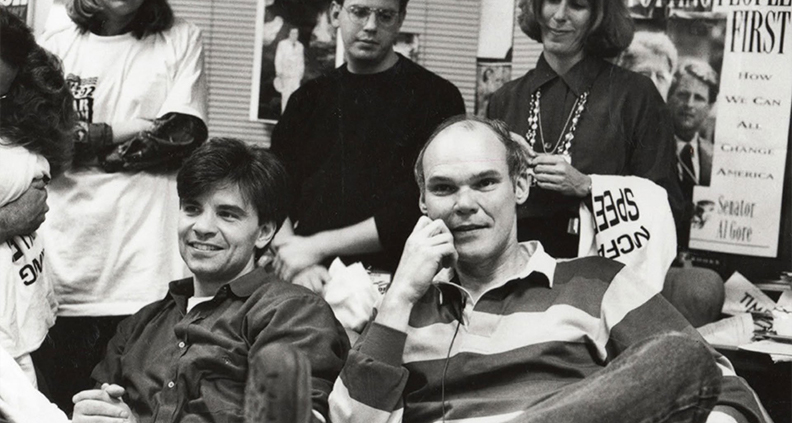 Why We Love It: Shot in his signature cinéma vérité style, D.A. Pennebaker’s The War Room is a lot lighter than a lot of the other titles on this list—following the efforts of superstar Bill Clinton campaign advisors George Carville and George Stephanapoulos along the campaign trail during the 1992 US Presidential Election. An odd-couple pairing to rival any silent comedy duo, Carville and Sephanapoulos’ partnership is the heart of this personality-driven history lesson. 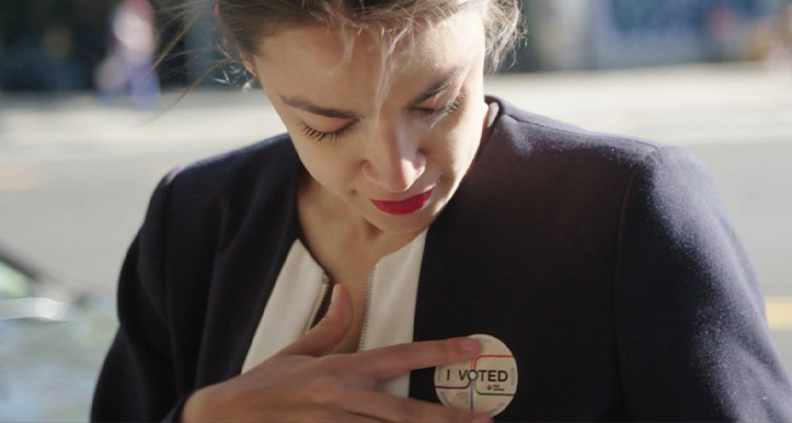 Why We Love It: Following the Primary campaigns of four upstart female Congressional hopefuls—Ocasio-Cortez, Vilela, Bush and Swearengin—Knock Down the House is a raucous, nail-biting look at the modern electoral process, made with plenty of access to its subjects. Whether capitalizing on the obliviousness of her rival’s marketing materials or celebrating victory with her inclusive, amped NY District-14 Constituency, AOC emerges as the star—but that’s not to say her fellow House subjects are any less compelling or inspiring. 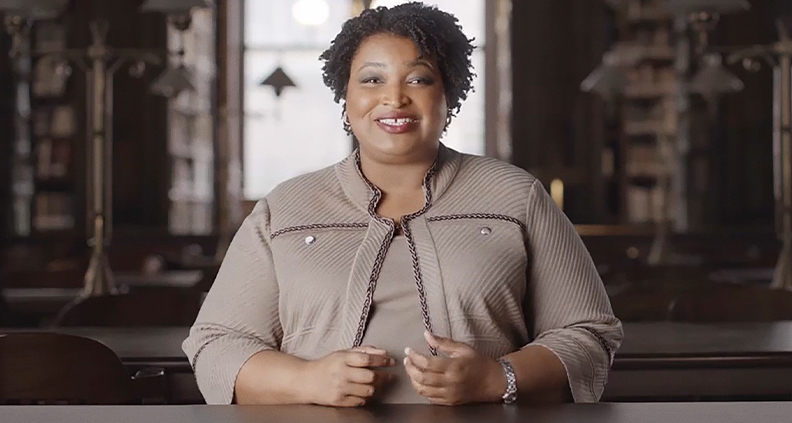 Why We Love It: A film you could reasonably credit with a direct impact on the 2020 Election results, All In—screened by Fi as part of our recent Film Independent Goes to Washington series—is a love letter to voting; headlined by Georgia lawyer and political activist Stacey Abrams, whose 2018 campaign for Peace State governor was derailed due to GOP voter suppression efforts. Since then, Abrams has dedicated herself to fighting to make sure every American gets their vote counted. Did it work? Look at this year’s numbers and let us know. 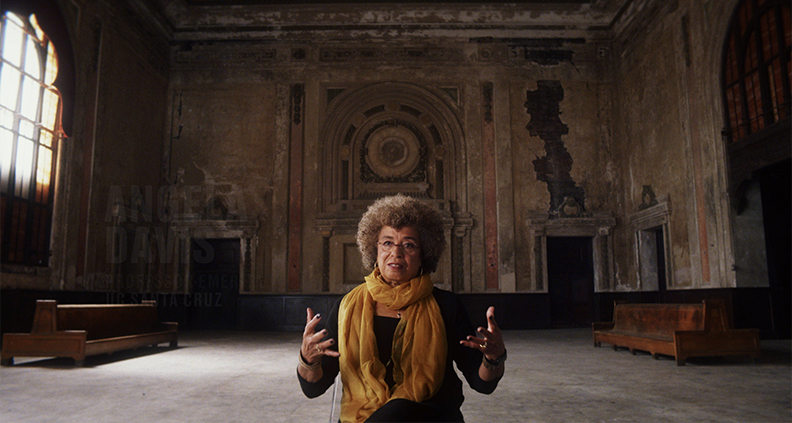 Why We Love It: Exploring the intersection of “race, justice and mass incarceration” in the United States, Ava DuVernay’s stirring (and Spirit Award nominated) 2016 documentary seeks to unpack the ongoing conversation around the excessive policing and punitive measures levied against Black Americans—a conversation that exploded most recently in protest to the murders of George Floyd and Breonna Taylor. With interviewees ranging from Angela Davis to Newt Gingrich to Cory Booker, the film is a sobering look at a broken system that continues to keep Black Americans in post-emancipation bondage. 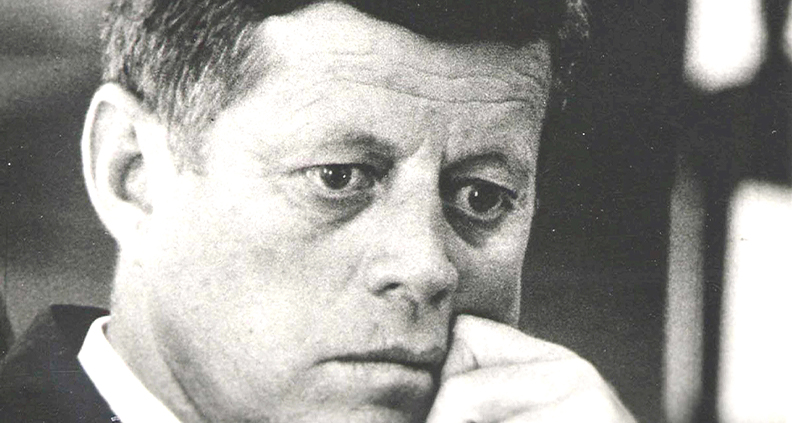 Produced and Directed by: Robert Drew

Why We Love It: Shot by future Grey Gardens co-director Albert Maysles and edited by D.A. Pennebaker (see above), Primary is—like The War Room—yet another vérité dispatch from the center of a historic primary campaign; this one the 1960 Wisconsin Democratic Primary between Hubert Humphrey and eventual winner (spoilers!) Robert F. Kennedy. Using filmmaking techniques that created greater intimacy than had ever before been seen in nonfiction film, Robert Drew’s film was a huge leap forward for political docs and docs in general. 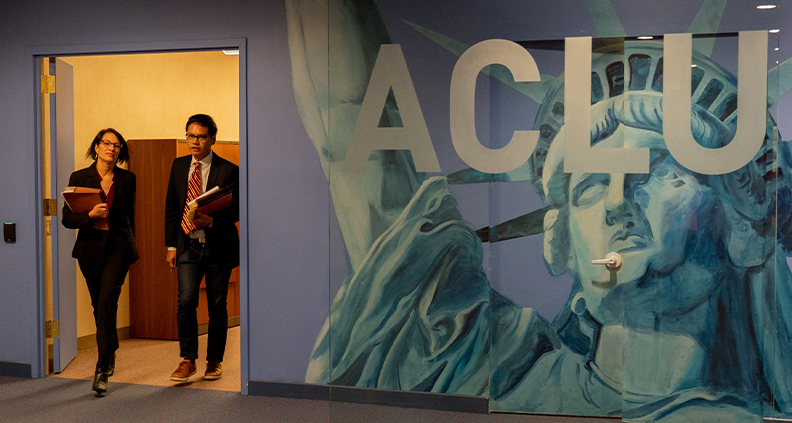 Why We Love It: The Opening Night film of the 2020 Film Independent Forum on September 1, our screening of the new doc The Fight was followed by an in-depth virtual Q&A with film’s creators and subjects: the lawyers, legal experts and scholars behind the American Civil Liberties Union—champions of freedom and legal protectors of marginalized groups and organizations ranging from the LGBTQ community to (infamously) the Ku Klux Klan. Executive produced by Kerry Washington, The Fight follows, in real-time, three landmark cases related to census reform, trans military rights and immigration. 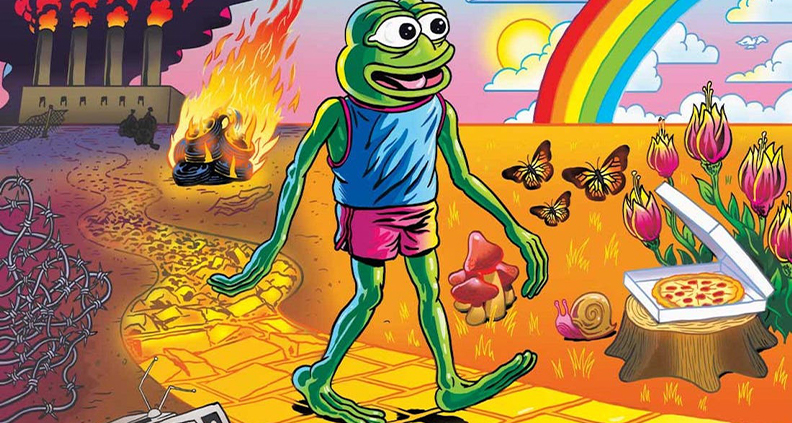 Why We Love It: There were a lot of things that were weird about Donald Trump’s rise to power in 2016. But one of the weirdest was the hijacking and ascent of Matt Furie’s “Pepe the Frog” as an alt-right icon. You might not know it, but the grinning cartoon now characterized by the Anti-Defamation League as a recognized hate symbol began life as an innocuous stoner second-banana in the left-leaning Bay Area cartoonist Furie’s Boys Club comics of the early 2000s. Feels Good Man tells story of how a single panel of that comic—the infamous “Feels Good Man” strip—suddenly went viral, evolving over many iterations into (essentially) the Uncle Sam of nihilistic shitposters worldwide. Catch the film at a free Members-only Fi Screening next week followed by the November 17 Q&A.

Where to Watch: Member-only Fi Screening

(Header image from The Corporation)