And while we take time to tout rookie Fi Fiscal Sponsorship projects (and encourage your support of them!) in each month’s Fiscal Spotlight column, you may be wondering how some of that column’s previous subjects have been progressing. So! We’re introducing a regular blog feature, FiSpo Updates, to highlight some of the recent special achievements of projects that are part of the program. 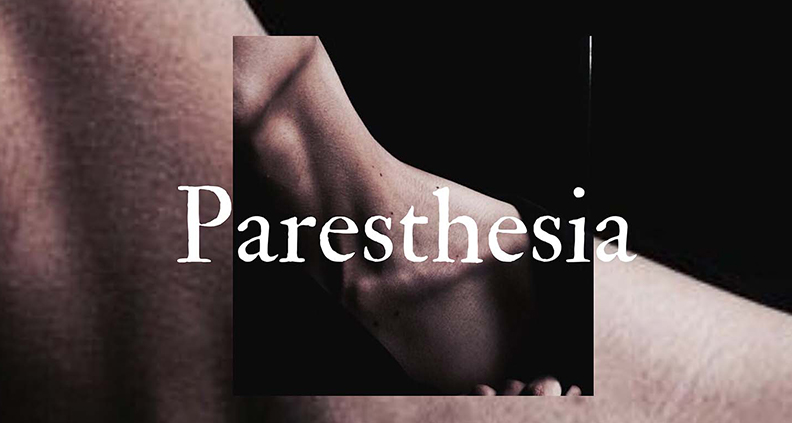 Logline: When popular nonbinary YouTube ASMR-tist, Pal, enamored with the idea of death, meets their biggest fan who wants Pal to suffocate her to death, Pal is forced to reckon with the very real consequences of their words, deciding whether or not to go down a dark, irreversible path.

Updates: Paresthesia has cast River Gallo in the lead role. River (they/them) is a GLAAD award-winning Salvadoran-American filmmaker, actor, writer, model and intersex activist from New Jersey. They are a recipient of the 2019 GLAAD Media Rising Star Award, the 2020 Ryan Murphy HALF Initiative for television directing, a 2021 Berlinale Talent fellow, and was selected as part of the inaugural Sundance Institute Trans Possibilities Intensive. Ponyboi which they wrote, starred in, and co-directed with Sadé Clacken Joseph premiered at the 2019 Tribeca Film Festival where it was named one of the “Five not to be missed short films” by Forbes.

CARLOS THROUGH THE TALL GRASS

Logline: A brilliant young man has doubts about going off to college when he realizes how much all the needy, felonious, desperate and deranged people in his dysfunctional world depend on him.

Updates: Carlos Through the Tall Grass made its World Premiere on June 13 at the Dances with Films festival. The film was called a “must see” by LA Weekly. “Making Carlos was my journey,” says director Rick Dominguez. “My mom passed away on the day we were supposed to start filming. I considered postponing indefinitely, but my siblings assured me mom knew how hard I and everyone associated with the project had worked and the last thing she would want is for me to not make this movie. I soon discovered how right they were, as all through production I experienced what could only be described as one miracle after another”

Logline: Amidst rising anti-Semitism in Billings, Montana, Rae, a 22 year old Jewish girl and descendant of Holocaust survivors uncovers issues of self worth, addiction, and buried childhood trauma which she must learn to face and heal.

Updates: We Burn Like This is available now on Digital VOD. Alana Waksman’s award-winning debut feature stars Madeleine Coghlan (The Rookie) and Devery Jacobs (Reservation Dogs), and is executive produced by Neda Armian (Rachel Getting Married). A coming-of-age story inspired by true events, the film follows Rae, a descendant of Holocaust survivors, who is targeted by Neo-Nazis in Billings, Montana. The film premiered at the 2021 Santa Barbara International Film Festival, internationally at Deauville American Film Festival, and has played at more than 25 film festivals nationally and internationally. We Burn Like This has received numerous awards including Best Director at the Phoenix Film Festival and the Directors Choice Emerging Filmmaker Award at Woods Hole Film Festival.